Feel Flux, the new physics-based toy is to conquer the world

„Feel Flux presents physical rules that we would not expect from any object: the small shiny ball getting slower in the tube is a „miracle” or at least a very surprising phenomenon,” explained Ádám Lányi, one of the creators of Feel Flux. The toy consisting of only a short tube and a ball was introduced to the public about a year ago. „We wanted to extend the potentials of the object: besides presenting the physical phenomenon we also aimed to develop a toy,” emphasized Tamás Somlyó, the other „father” of Feel Flux. 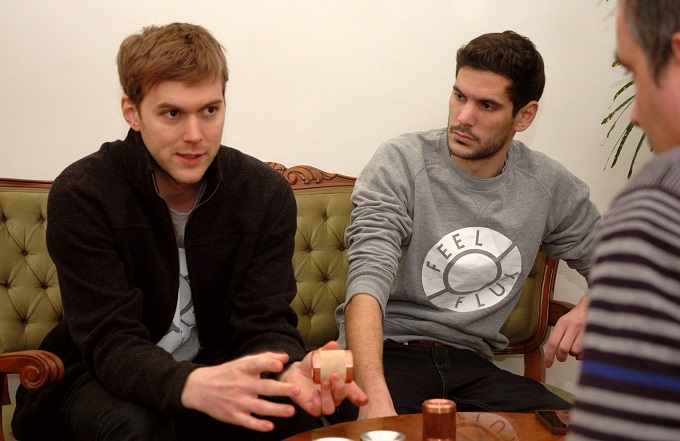 The two inventors graduated from the Faculty of Mechanical Engineering of BME: Ádám Lányi received an MSc degree in mechatronics engineering; Tamás Somlyó has a BSc degree in machine and product design. „During our studies we were discussing the Lenz law a lot and watched videos on the internet. Already at that time we made experiments to reproduce the effect in our home environment,” said Tamás. „The comments below the films reflect our own thoughts: the magnet falling through the metal tube is such an interesting phenomenon that everybody feels like trying it immediately. On the other hand we soon realised that in a normal household there are no tools available that would present the effect properly; there are no strong magnets and copper tubes of the required size. This is how the idea of the product came up; how we could serve people interested in this physical law – similarly to a gyroscope, which presents conservation of angular momentum. 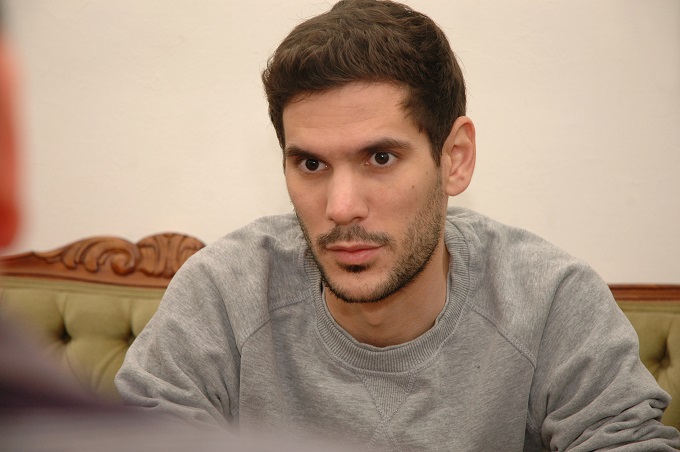 The two young engineers involved community funding schemes in order to be able to put the idea in reality; they discovered how Kickstarter and Indiegogo websites work. „We liked this fundraising concept very much and believed that good ideas are able to progress very far,” remembered Ádám of the first steps.

Ádám and Tamás launched their first campaign last year on the Indiegogo website. The portal offering management of crowdfunding for a modest percentage is an excellent platform for new projects. The aim of the developers was to raise funding for the production of the first series of the toy costing 25.000 USD. The product proved to be extremely successful collecting 36.918 USD and regarding the popularity of the campaign the deadline even had to be extended. According to the production cost plan after sending the complimentary products to the individual funders there was still a large amount of the toy left on stock for future distribution. „Later we considered whether we should have used traditional investment capital forms for our project but finally we found that our decision was good,” emphasized Ádám. „Now it seems that it would be best to ’invade’ the market but his product can be copied fairly easily and it is not possible to protect it legally. We would rather create a trend that everybody should remember the name Feel Flux first when thinking about toys based on Lenz law.” 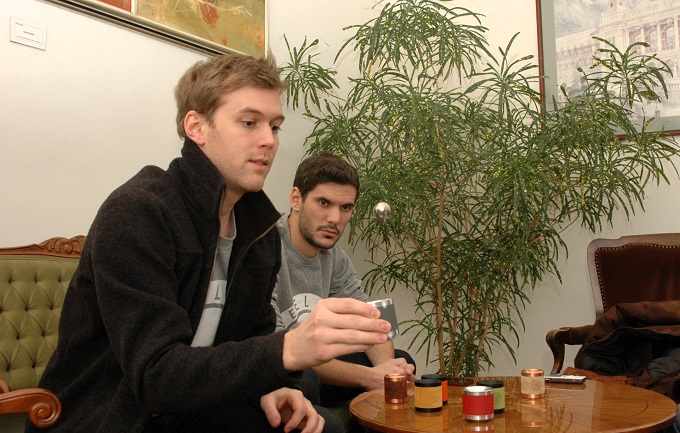 The first models with a copper tube were designed to present the physical phenomenon. “At first we wanted to call the toy simply ‘Flux’ but there are many products already with this name and we also wanted to make users actually feel the anti-gravity effect,” he emphasized. “Most of us were playing with magnets in our childhood but very few had the chance to experience this physical law in a sensual way – this is why we call the toy Feel Flux”.

In the next stage of the development process the “skill” version of the product was created. “Many people asked us what they can do with the toy besides throwing the ball in the tube,” told Ádám. “Therefore we developed Skill Flux made of solid aluminium, which is a great conductor so the ball goes through it a little faster. It has been designed to support playful gaming and to enable mastering creative tricks. “The aim was to make an ’easy to play, hard to master’ type toy; we expect Feel Flux to become similar to yoyo, kendama, the traditional Japanese ball toy and other juggling games.”

Feel Flux was presented to the audience in the SkillCon game exhibition in Las Vegas. “It was amazing to see that kendama master players could grab the feeling of playing with Feel Flux instantly and they created very creative and spectacular tricks,” remembered Tamás. “Yoyo is also a simple toy but masters of it can do amazing tricks with it.”
The special element of the toy is the magnet ball, which is always packed individually; the reason is that it is very difficult to realise how strong magnetic force they have therefore they can attract each other even from 7 inches distance and this unexpected force may cause damages on the users’ skin. The size of the ball is large enough for spectacular tricks but they cannot cause any real pain or harm.

Although inventing and developing Feel Flux toy was not closely related to any study fields at the university, Ádám and Tamás regularly consulted their professors and asked for their advice. “I showed the product during the development phase to József Zalavári, my thesis consultant professor. He liked the idea but maybe he expected less from it than it eventually turned out to be. We were discussing the possibilities of intellectual property protection,” told Tamás.

We did not even have Feel Flux in mind when I was attending the “Starting and managing innovative enterprises” course at the Faculty of Economic and Social Sciences,” remembered Ádám. “Later I contacted our professor, János Vecsenyi, who very helpfully offered his support to financial planning and budgeting for the project. István Mészáros, associate professor from the Department of Materials Science also contributed to the development of the toy. We prepared the luxury version of the toy from solid sterling silver that we would give to very generous supporters from Indiegogo. At some point we had problems with the conductance of silver. Professor Mészáros is a specialist of the field and he helped us in spite of the fact that I was not his student at that time. We are very grateful to our professors for their helpful and generous support.”

The long-term plans of the two inventors, Ádám and Tamás, are to create a higher level production scheme and task management – maybe by involving venture capital – as at present it is mostly them who prepare, pack and send out the toys to customers. “According to our long-term vision we wish to get to a point where Feel Flux is among the most popular juggling toys all over the world. We are planning to set up an online community of players where users can share their experiences, upload their films showing various tricks and they can evaluate each other’s master skills. In the future there may be competitions or other events for Feel Flux masters. We hope that our enterprise will grow bigger fast,” summarized the inventors.