University of Technology and Economics among the top ones

Results of the Center for World University Rankings (CWUR) and Webometrics for 2015 have been published.

BME is taking the 819th position in the CWUR ranking of the world’s top 1000 universities. CWUR publishes the only global university ranking that measures the quality of education and training of students, alumni employment rata as well as the prestige of the faculty members and the quality of their research measured by the number of academics who have won major international awards, prizes, and medals. All these three qualities add 25% to the final results respectively. Publications, influence and citations, measured by the number of highly-cited research papers, broad impact, measured by the university's h-index and international patents are calculated with 5-5% weight in the rankings. In the year of 2015 altogether six universities of Hungary are included in the CWUR list: Eötvös Loránd University is the 458th, Semmelweis University is the 617th, University of Debrecen is the 667th, University of Szeged is the 731st, the University of Technology and Economics is the 819th and University of Pécs is the 892nd in the ranking. 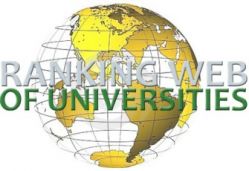 In this term in the Webometrics ranking BME is taking the 395th position; it has been a great improvement from the 428th position last term. In the Central and Eastern European Regional ranking this equals with the 10th place. (ELTE is 356th in the world raking and 8th in the Central and Eastern European university list, while SZTE is the 485th in the world’s list and 15th in the regional ranking.)

The "Webometrics Ranking of World Universities" is an initiative originating from Spain using quantitative methods and indicators to measure higher educational institutions’ scientific activity on the Web. The data are applied by other ranking organizations (e.g. QS) for their calculations. The rankings are published twice a year, in January and July; this is the reason why there are relatively large differences in the positions of the University on each occasion.

Copyright © 2021 Budapest University of Technology and Economics
About | About Cookies