“BME intends to retain its leading role in the scientific field of autonomous vehicle development.”

“Tremendous power and energy has been gathered recently in the field of autonomous vehicle development in Hungary and in the whole world: the test track of Zalaegerszeg is going to be one significant result of this,” Zsolt Szalay, Associate Professor, Head of Faculty of Transportation Engineering and Vehicle Engineering and one of the main coordinators of the project pointed out in an interview to bme.hu at the cornerstone laying ceremony of the facility. “We play a key role in the design and construction of the test track, and we can definitely state that BME intends to retain its leading role in the scientific field of autonomous vehicle development.” 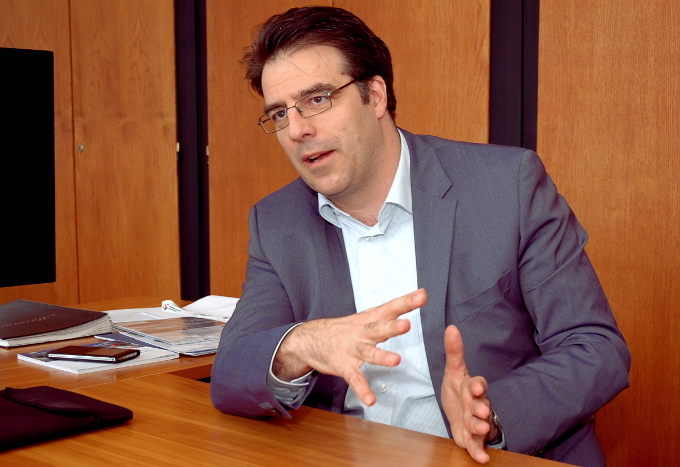 Zsolt Szalay highlighted that the construction is going to be the result of a long process with several dimensions to it, including education, R&D, business and law, all of which the university has been and is going to be actively involved in.

BME has had projects on highly automated intelligent vehicle systems since 1998, for nearly two decades now. Between 2000 and 2003, for example, the university was developing vehicles in cooperation with Mercedes where a truck with a driver was being followed by a driverless truck. Among several projects, HAVEit (Highly Automated Vehicles for intelligent transport) stands out with its budget of 27 million EUR, realized between 2008 and 2011. “We joined the program addressing the issues of R&D and innovation infrastructure of this field about two years ago,” Zsolt Szalay said. We realized at an early stage that the biggest perspective for science, business and for the decision makers was to build a test environment for connected and automated vehicles. Earlier, tracks were built mainly for durability tests, but the one in Zalaegerszeg would serve the specific purpose of testing SMART technologies.

The milestone of this concept was the foundation of REsearch Center for Autonomous Road vehicle  (RECAR) in September 2015. Soon afterwards, ELTE (Eötvös Loránd University), MTA SZTAKI (Hungarian Academy of Sciences Institute for Computer Science and Control) along with two industrial enterprises, Knorr-Bremse and Bosch, joined the center (http://recar.bme.hu/eng/) established at the Faculty of Transportation Engineering and Vehicle Engineering. The aim of the center is to coordinate cooperation within the Faculty and with other faculties in the field of automated and connected vehicles.

RECAR also contributes to technical training so that Hungary with its test track may become a base for research and development institutions in the field. “Our common aim with the companies is to make the number of new experts predictable. The test track in itself will be break-even. However, an environment might emerge where a development institution with 500–1000 members can be deployed – just to give you an example of a specific industrial company that is interested – which might provide us with significant revenues,” he said.

The programme called Autonomous Vehicle Control Engineer forming the basis of the training of new experts will be launched in next February, in English. “A good command of English is necessary in this field, but we also welcome international students,” Zsolt Szalay pointed out. “Bosch, for example, informed us that they could employ five engineers with such qualification annually: and this is a straightforward message which helps us design the program. Besides, we generally welcome opinions from industrial companies. We need them to provide us with information on what competencies they require from the engineers for their work.”

The other important task of RECAR was to lay out the technical specification for the test track, a work which began in March 2016 at the request of the Ministry. A mostly informal cooperation between 12 industrial partners and experts of university faculties of civil, mechanical, electrical and transportation engineering was made formal by creating the technical specification plan last November. Some elements of the specification were first made public at VSDIA 2016 (Vehicle System Dynamics, Identification and Anomalies), a conference organized at BME, followed by an article in Periodica Politechnica. APZ Kft. (Automobile Test Track Zala Ltd.), the project company of the test track took this document as a basis for the concept. “The principle that the process of testing and validating vehicles should work in a pyramid scheme has been developed in BME”, Zsolt Szalay explained. Simulation is at the bottom, followed by laboratory tests, the test track and a limited urban test environment. At the top of the pyramid is public road testing, accessible to anyone. 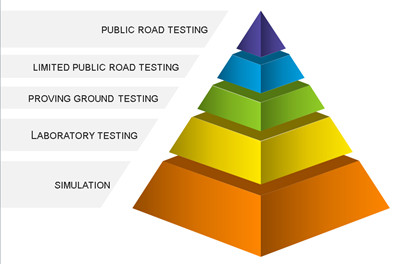 To the latter element is tightly related the creation of an appropriate legal environment, an important stage of which was a piece of legislation that came out in the recent past. RECAR, along with other participants, played a significant role in the preliminary work. “With this decree, we have become part of the first ten EU member states to have the legal framework permitting testing of highly automated vehicle functions under specific conditions,” Zsolt Szalay emphasised.

The importance of all this is that the test track makes a unique “hub” with a multi-tier zone system built around it, according to the principles mentioned above, its next element being Zalaegerszeg, especially its Smart City parts. The third tier is going to be the R76 motorway: this road connecting M7 with Zalaegerszeg, and passing by Balaton Airport, will be designed with all the new SMART technologies in mind. Beside collecting information from its environment based on its sensors, the vehicle also receives information provided by the infrastructure there, a high-resolution map or weather data for example. The fourth element of the zone is the Budapest–Győr–Zalaegerszeg–Budapest ring, which will make it possible to test the latest developments in regular public traffic, with the appropriate guarantees. Researchers plan to extend the ring so that it becomes international, involving Graz and Maribor. 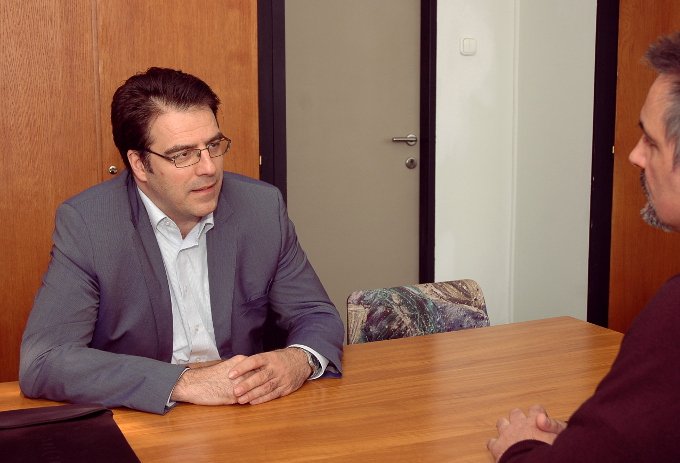 The ICT work group was formed to utilize synergies between new vehicle technologies and IT companies. Almost seventy leading companies were represented at its opening event in January this year. Widening possibilities and the involvement of new players requires a new framework. “We are very pleased that László Palkovics, the Government Commissioner responsible for the coordination of Hungarian participation in the development and production of driverless and electric vehicles, has set up one of his offices in Building J so that we can work together more closely. He proposed the formalization of these ever more diversified activities, and the creation of a ‘Mobile Platform’ related to the commissioner office, which can ‘place’ Hungary on the world map of this field. Prior activities and work groups will all be channelled into this platform. A new expert group, for instance, will work on information sharing: their task will be to coordinate promotions towards investors as well as to inform the general public as an authentic information source,” said Zsolt Szalay, whose personal responsibilities have widened as well: he will represent Hungary at EU GEAR 2030, delegated by the Ministry for National Economy. This forum of experts presents a vision for connected and automated vehicles to the European Commission, which will be realized by 2030. “This is not even the first line, this is the zero line because future regulations will be based upon our proposals,” the researcher emphasized, pointing out that this allows Hungarian experts to gain information from the broadest range on vehicle development, financial sources, legal background and development directions of other member states.

BME places special emphasis on building relations and deepening existing ones with other universities. We have recently initiated cooperation with the University of Graz, which can also make EU funds available to us. “A delegation of higher-education experts will be visiting research sites of Oxford University and Warwick University as well as the Horiba Mira test track, with the coordination of the British Embassy,” Zsolt Szalay added. “Domestic partners are also important: we submitted a joint application with the University of Veszprém and the University of Győr to set up a research base at the test track. BME will have its own little campus there so as to avoid using the big track all the time. A staff of fifteen researchers for the center is already being recruited. BME can harness its national relations owing to its education activity: we have already contacted BME alumni and researchers with roots in Zala.”