“This year we are celebrating the fiftieth anniversary of the world’s ‘greatest small step’, i.e. the event when humans – for the first time in their history – landed on the surface of another celestial body, the Moon,” said Kálmán Kovács, director of the Federated Innovation and Knowledge Centre (EIT) of BME’s Faculty of Electrical Engineering and Informatics (VIK), one of the co-hosts of the conference, who welcomed the participants at the opening session of H-Space 2019 held in the banquet hall of BME’s central building. He stressed that the presentations at the fifth conference continue to cover a broad spectrum of space research and space activities but this year water and environment had been added as a featured topic. As he explained, both Hungarian and foreign professionals are welcome at the conference, which is built around two main goals: it intends to promote personal networking while also offering ideas, methods and solutions that the participants can later use in their own work. He emphasized that they wanted to reach out to a very diverse range of professionals including teachers, researchers and industry players. He added that he and his colleagues are very proud of the efforts made by the outstanding professionals related to BME to promote international space research: “leading scientists studying or working at the university included Zoltán Bay, Tódor Kármán and Ferenc Pavlics in the past and András Gschwindt at present”. 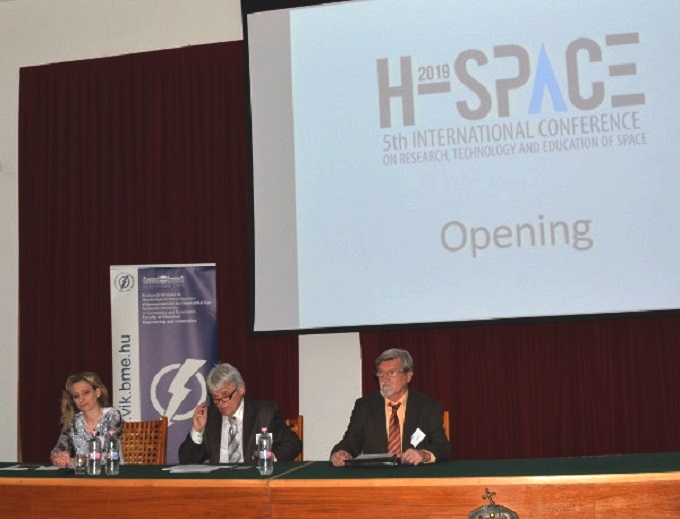 “The space research activities of a country, even if it has limited resources for the cause, have never been as important as nowadays,” stressed Orsolya Ferencz, ministerial commissioner for space research in her welcome speech, adding that Hungary must definitely be part of the technology development that has recently begun. With regard to that, she also said that “over the last months we have been focused on assessing the resources and developing our national space strategy. We need to use our resources in the most efficient way possible and in order to do so, we need to cooperate not only with the space programmes of European countries but also those of the emerging countries.

Előd Both, the president of the Hungarian Astronautical Society (MANT) talked about a key mission of his organisation in his opening speech: the education of the widest possible audience. He thought that the conference, in line with that intention, communicated important messages and information not only to the members of the scientific community but also to young people such as BME’s students and others interested in this field. 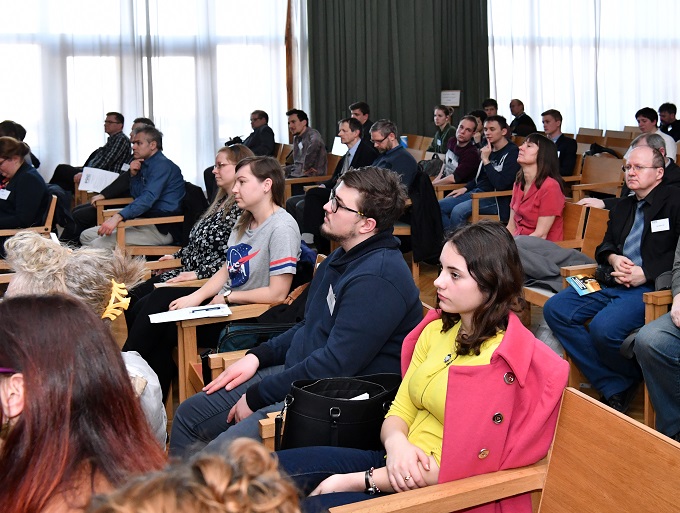 The keynote speech of the conference entitled “The hydrological impacts of the climate change” was delivered by János Józsa, academic, BME’s rector and professor at the Department of Hydraulic and Water Resources at BME’s Faculty of Civil Engineering (ÉPK). He explained how many various aspects of the climate change have already been studied by researchers all over the world and demonstrated the airborne and space technology methods BME’s hydro-science experts use in their work. He specifically stressed the benefits of measurements and imaging procedures using drones and upper atmosphere satellites. 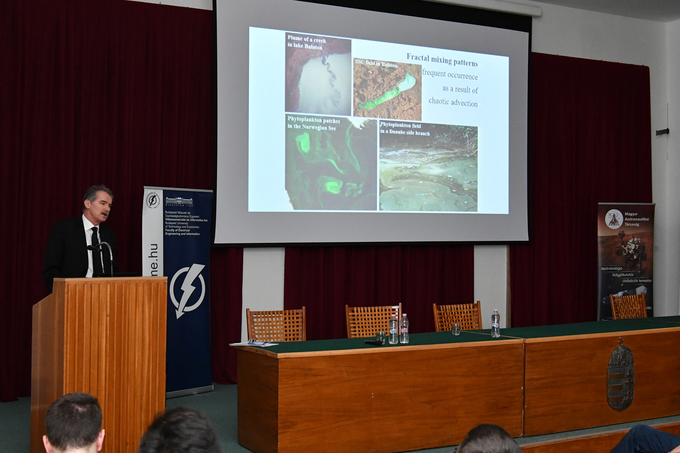 „This year, we organised a special session for the Hungarian speaking participants that took place before the official opening of the conference,” said László Bacsárdi, research fellow at the Department of Networked Systems and Services at the VIK, MANT’s vice president and co-host of the conference, responding to bme.hu’s question. 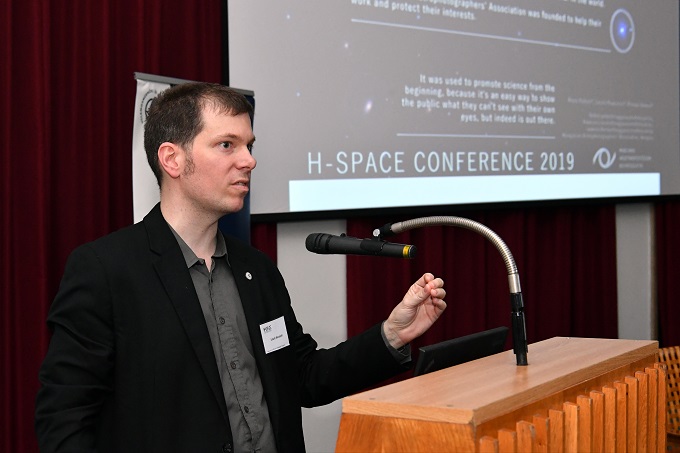 Előd Both, MANT’s president had a discussion with Iván Almár, astronomer and space scientist and András Sik, planet scientist related to the fiftieth anniversary of the lunar landing. 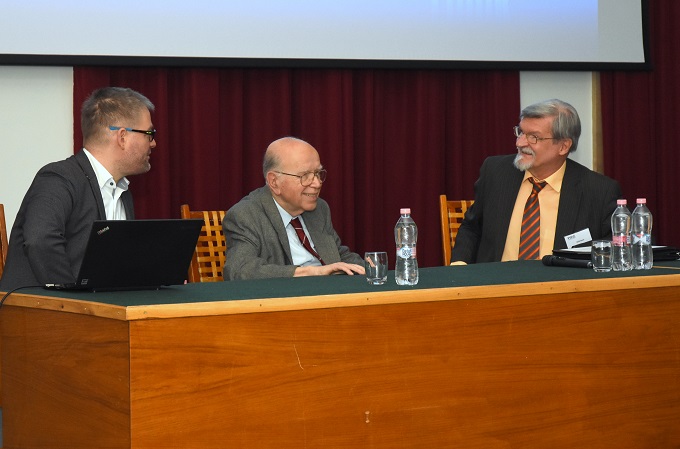 Over two hundred people registered for the international conference this year. More than half of the participants were students or researchers under the age of 35. “This is partly due to the embeddedness of the university and partly to the fact that Hungary’s space research industry needs new researchers and therefore makes every effort to reach out to younger generations,” LászlóBacsádi said explaining the reasons.

Apart from the featured topic, the presentations covered various other subjects such as the observation of the Earth, a space mission, space telecommunication, space astronomy or Hungary’s contribution to the building of planetary probes while attendants could also get an insight into the space research cooperation between Hungary and China as well as the projects of the Romanian Space Agency targeting students in secondary schools.

The university projects presented included the special experiments of the members of BME’s Simonyi Károly College for Advanced Studies who designed a high altitude balloon which can take photographs of the Earth using a camera.

One of the presenters was a Mechatronics major student of BME talking, a competitor in last year’s CanSat project where students are challenged to make satellites the size of a beer can.

The programme of the high level event included posters on space research, placed along the corridors of the central building and presented in one minute by their designers. 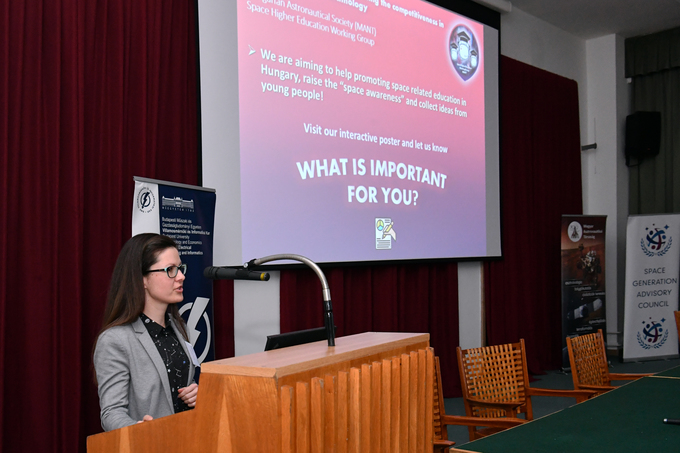 The abstracts of the presentations and the posters have been released in a joint publication by MANT and BME, which is available in an electronic format on the website of the conference. 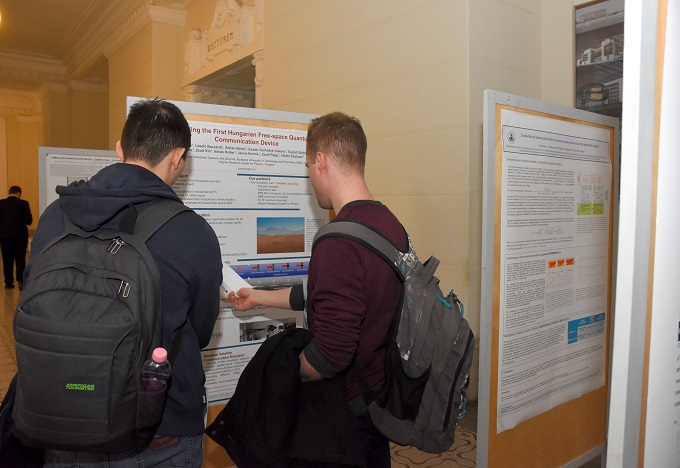 “This conference, which has by now become a regular event, offers various benefits to the university: on the one hand, it further strengthens our professional relations with domestic and foreign professional communities and on the other hand, it may promote the organisation of more concrete joint research projects. As an example, the development of the technical infrastructure for the promising biology research project of the University of Debrecen started that way,” said László Bacsárdi in summary. 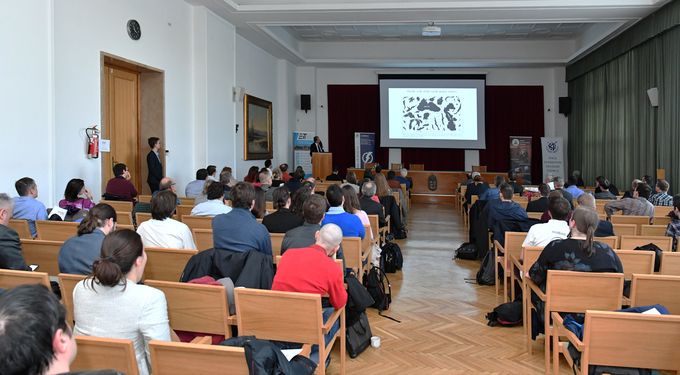 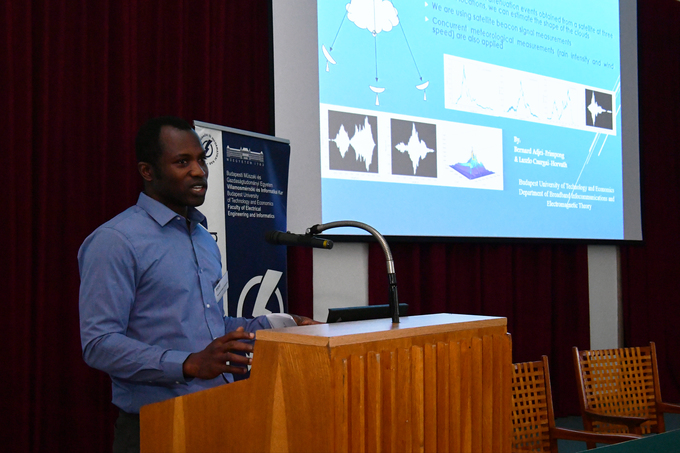 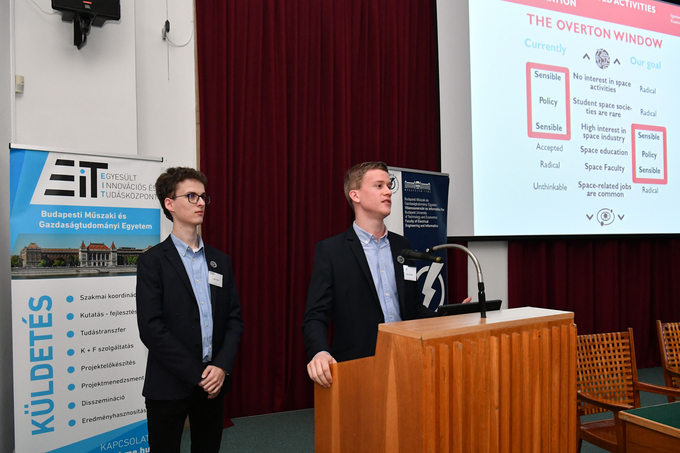 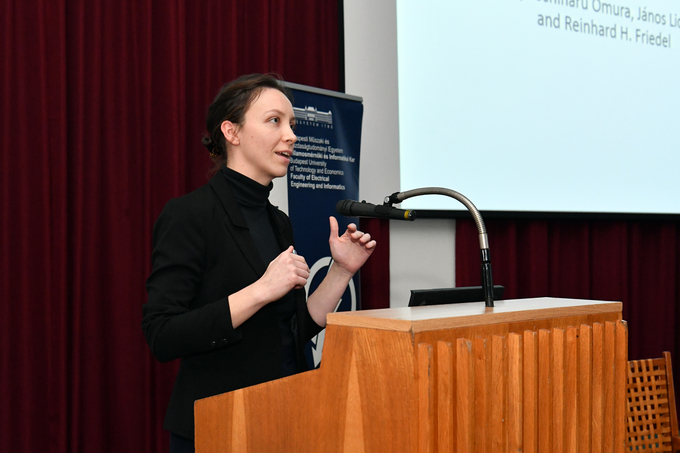 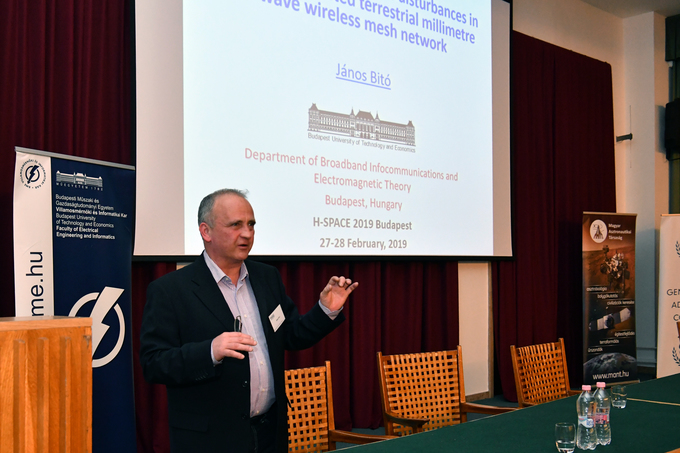 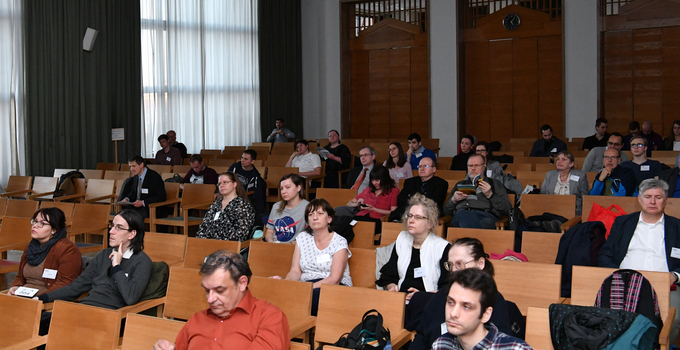