“A green research you wouldn’t expect at BME”

New field of energy research and unmatched experiments are going to be naturalized by the new foreign lecturer of the BME Faculty of Mechanical Engineering.

“My field of research is marine renewable ‘green’ energy, which is quite unique to Hungary, since it is a landlocked country with no access to the ocean, and therefore hasn’t traditionally focused on marine research. The goal of my research is to make marine renewable energy devices cost competitive with fossil fuels. In addition to designing machines that can harness the energy efficiently whilst being cheap to manufacture, deploy and maintain, the main challenge is to ensure they can withstand the harsh ocean environment and severe storms” – summarized his objectives the only researcher of the field in Hungary, Josh Davidson as the new lecturer of the BME Faculty of Mechanical Engineering, Department of Fluid Mechanics. 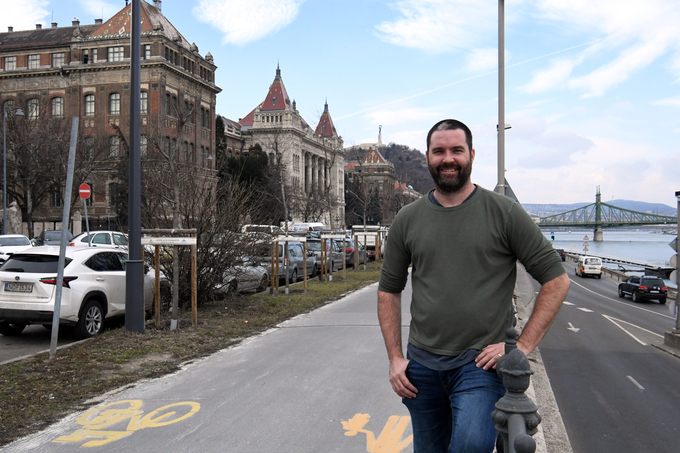 “Seventy percent of the Earth’s surface is covered by the oceans, which contain vast amount of energy in various forms” – emphasizes the research fellow of the department about his practical investigations. His main focus is on wave energy, as he researches methods and develops tools to convert the motion of the ocean waves into clean renewable energy. “Due to the significant expenses of building prototypes and testing them at sea, in these early stages a lot of the design iterations, learning and optimisation is done via computer simulations. A main part of my research is about developing numerical tools that can be used to test and optimise the marine renewable energy devices” – he explained his work.

Josh Davidson also highlights in the interview the uniqueness and importance of his subject. “There are an immense resources in the Atlantic Ocean and the Mediterranean Sea and Europe has always been a world leader in conquering the oceans. Harnessing the power of the oceans has the potential to provide clean electricity, as well as drinking water through desalination, and both of these resources are of great importance to the growing population in the coming century. In addition, the emerging marine renewable energy industry has the potential to provide jobs for the European economy in the future.” In his opinion marine energy is an interdisciplinary field, and the broad range of engineering fields and researches available at BME could provide valuable input for his research. 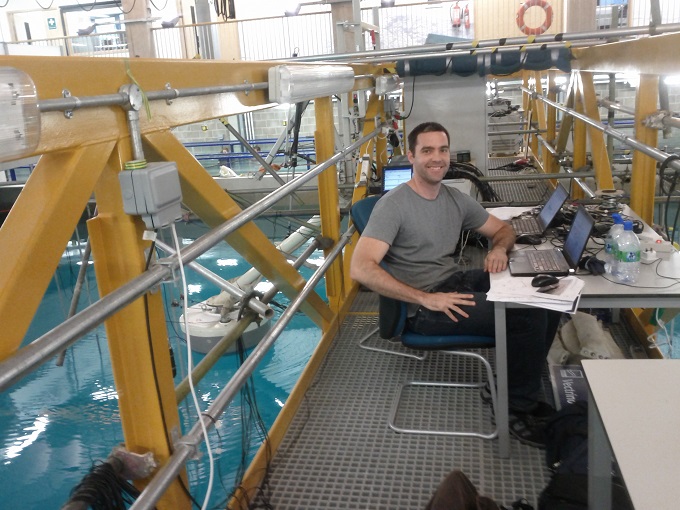 Josh Davidson hopes to further progress the new cross-collaborations he has made at BME. He found many research topics here that can be applied to problems within his field. He illustrated it with an example: “We are currently applying methods developed by mechanical engineers here for suppressing vibration in machine tools, to the problem of stabilising the motion of floating bodies in the ocean. I am also working with a research group here to apply their work on the identification and reduction of noise sources in turbomachinery towards the problem of excessive noise produced by the turbines used in marine renewable energy devices.” He recently won an EU Fellowship for his research project “Nonlinear Rock and Roll – Modelling and Control of Parametric Resonance in Wave Energy Converters” which will support his salary and research expenses for the next two years, as well as six months of secondments at research institutions and companies in Denmark, Portugal and the UK. “I have been working with Tamás Kalmár-Nagy and his research group on applying their expertise in Nonlinear Dynamics to the phenomenon of parametric resonance in marine renewable energy devices. We are investigating novel methods to either suppress or enhance this effect in different cases, to improve the power capture of these devices. This research fellowship will support transferring the great depth of knowledge on dynamical systems at BME to the application area of marine renewable energy, and will foster the collaboration with the secondment institutions on this topic.” 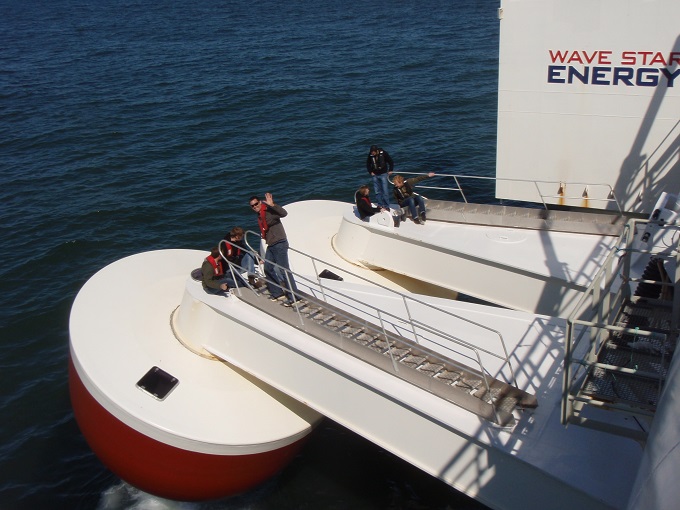 Josh Davidson also takes part in the educational work of the department. He teaches fluid mechanics and draws on practical examples from his own research involving the numerical simulation of marine renewable energy devices when presenting different concepts to the students. “I am also supervising a lot of student projects on topics related to my marine renewable energy research, and have been impressed by the level of talent possessed by the students. My impressions are that the young engineers who come here are keen to go on and work for the top companies and institutions when they graduate, and make a difference by using engineering to solve the problems which humanity is facing. So I have found them to be eager for the chance to demonstrate their abilities on a real world project, such as renewable energy.” 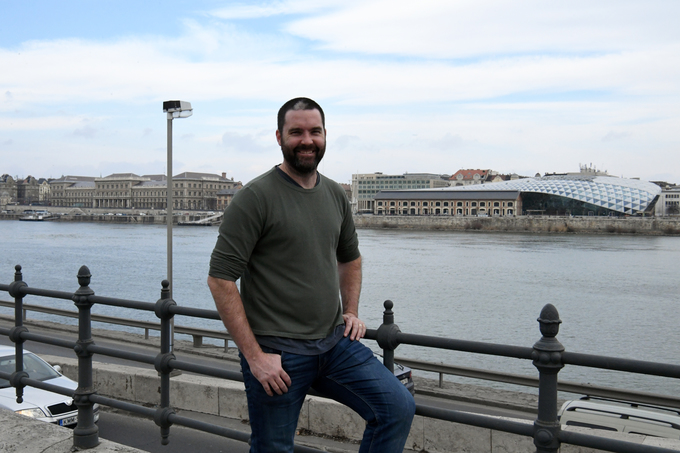 In addition to transferring BME’s expertise to his research area, Josh Davidson is also enthused about the possibilities of applying his skill set to the broad spectrum of topics being investigated by the researchers at the university. “The Department of Fluid Mechanics is home to the Von Karmon (aka Tódor Kármán) Wind Tunnel and I have seen many interesting things being investigated there. Additionally, the Faculty of Mechanical Engineering is constantly involved with many industrial projects with companies throughout Hungary, spanning a wide range of problems. I have assisted in a few projects where my background in System Identification of mathematical models has been able to provide a solution and I have enjoyed the chance to work on something different.” In the long term Josh Davidson hopes to continue growing the two-way transfer of research topics between himself and the university, and to establish a research group focussing on renewable energy drawing from the strong talent pool of students at BME.