“As a microelectronics engineer, I have to hold my own in a continuously developing field”

VIK's professor is awarded at one of the most prestigious conferences of the electronics industry as the first and only woman and European professional.

”I didn't expect this award and was genuinely surprised that my research fellows thought I deserved this honour, which was previously given to scientists developing innovations worth millions of dollars for prominent American universities and companies, such as colleagues achieving outstanding results in microelectronics by devising a technology to cool large servers at IBM and designing the related equipment. It is an honour that I, and the scientific results achieved together with my colleagues from the faculty, have been chosen to belong with such leading international experts,” said Márta Rencz, professor at and former head of the Department of Electron Devices (EET) of BME's Faculty Electrical Engineering and Informatics (VIK) after receiving the ”Thermal Hall of Fame Lifetime Achievement Award” established by the SEMI-THERM thermal conference in San Jose four years ago. BME's professor and researcher introduced herself to the audience of the large scale event, designed to discuss the heat generation and cooling methods of electronic equipment, in a plenary session where she also presented the microelectronics research projects currently in progress at VIK. 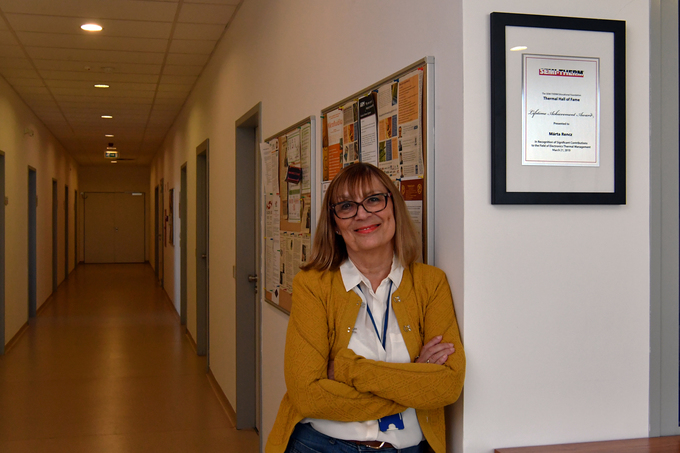 Márta Rencz is an internationally recognised expert in the analysis of electronic and thermal interactions, who developed an independent method with her colleagues for the qualification of the thermal behaviour of electronic devices. The award-winning researcher remembers her former professors and colleagues who inspired her at the university with love and respect. ”I continued the work of professor Vladimir Székely by advancing the system he developed. Together, we created a quick, precise and now internationally accepted method, which analyses the reliability of electronic systems, the heat transfer of the devices and the thermal effect on circuits with a thermal signal. Today, this innovation is essential, for example, in the manufacturing of mobile phones, chips and computers and for the design of nearly every device prone to overheating during operation,” said VIK's researcher explaining the practical use of her studies. 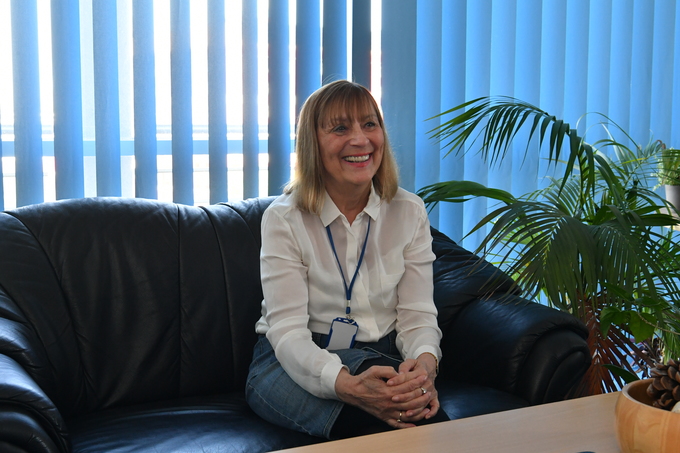 Márta Rencz is one of the founders and research director of Micred, a division of Mentor, a Siemens Business (formerly Mentor Graphics). Working together with the EET, Siemens' promising R&D subsidiary examines the latest methods in the thermal interactions of electronic devices and offers innovative thesis topics in microelectronics to BME's students. Márta Rencz said that ”I am proud I helped create this business that started as a faculty research project and now offers employment and livelihood to over 100 engineers in Hungary and abroad. With the university's contribution and driven by the enthusiasm of young teachers and students, we are constantly pursuing innovative research.”

BME's professor developed an interest in science in her years at secondary school. Originally, she wanted to be a doctor but after learning about the electronic devices used in medical diagnostics, she became interested in that area. She thought that microelectronics would allow her to be engaged in medicine and science at the same time. She started studying the thermal topic in more detail while working for her PhD degree. ”I am fortunate that I learned about this field at a very young age. When choosing a career, it could be an important aspect for today's youth, especially girls to learn about the options in science and engineering. BME is actively involved in programmes promoting engineering careers such as the Girls' Day. The results of these initiatives are perhaps now visible but a great deal depends on Maths, Physics and IT teachers in secondary schools,” said VIK's professor and researcher summarising her opinion. (Editor note: bme.hu reported on the events of the national programme series organised by BME.)

As a teacher, she thinks that her professional field, microelectronics is popular with the students but that this segment continues to suffer from a shortage of human resources: ”the number of young people choosing to study this area at master and PhD level with the required amount of thorough and profound knowledge to be able to participate in scientific research is too low. Also, some of them start working after receiving their BSc degree while many decide to leave Hungary to pursue their career in microelectronics abroad. Highlighting the importance of international relations, Márta Rencz talked about the faculty's recently launched international programme, which is part of the EU's Erasmus+. This initiative continues to be extremely attractive with 400 students applying for each available place. ”We started a shared study programme with technology universities in Scotland and Norway. Every year, we receive 20 students in a scholarship scheme from various countries around the world (Far East, Europe, Post-Soviet states, Mexico, Brazil etc.) who obtain their MSc degree in microelectronics within this partnership arrangement. They spend six months in each of the three partner institutions and then write their thesis at the university offering the most preferred topic for them,” Márta Rencz said of the programme. She also talked about the latest developments in the project: ”for the first time this year, the participants will go on a two-month industrial internship at a microelectronics company in Hungary before their two-week summer preparatory course.”

The professor has been involved in EU projects, offering professional assistance to Hungarian microelectronics manufacturers and companies using Hungarian electronic devices, for nearly 5 years. A current project seeks to establish digital innovation hubs all over Europe to boost the market by encouraging Europe-based companies to buy microelectronic devices manufactured in Europe instead of going to the Far East, through business consulting, networking, consultation and coaching. ”The majority of SMEs are not yet able to integrate and efficiently use the IoT devices which are spreading fast in today's industrial revolution and translate the data such devices collect into business value. Our goal is to set up a digital innovation hub in our faculty too where we will focus on providing these businesses with professional advice and guidance,” the internationally renowned microelectronics expert explained. 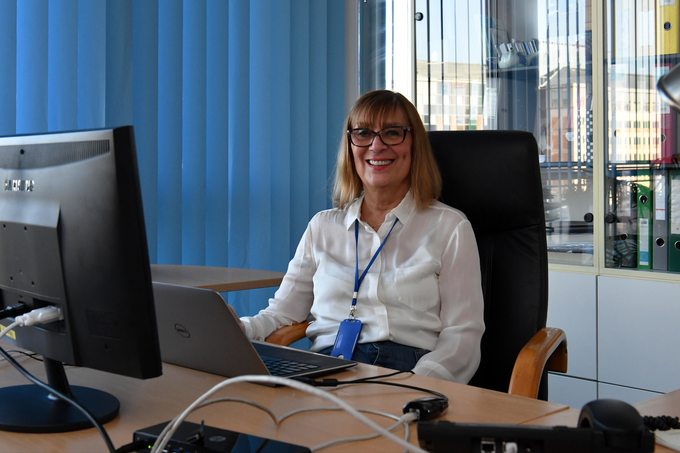 Márta Rencz has been teaching and conducting research at the faculty for nearly five decades and is the only female department head at the Faculty of Electronic Engineering and Informatics to date. At times, I have the feeling that I could stop and retire tomorrow but, on the one hand, this would be so unlike me, and, on the other hand, this profession offers so many more challenges and interesting issues that reawaken my curiosity as a researcher every time I learn about an exciting project or application option,” Márta Rencz said of her feelings. At the time of our interview, the award-winning professor was working on the research plan of a grant project focusing on the reliability analysis, thermal testing, measurement and modelling of light emitting diodes (LEDs), which, if successful, would involve EET and its industrial partners. Another reason why she hopes that their project will receive the grant is that it would allow them to continue a previous scientific project at the faculty and to offer innovative thesis and PhD research topics for their students.