Close to 400 participants attended the largest gathering of experts in Europe's engineering education, held at BME.

”Complexity has always been part of our environment, but we are also aware that as engineers we have to understand each newly emerging side of this complex world”, said János Józsa, BME's Rector when welcoming the participants of the 47th SEFI (European Society for Engineering Education) conference on behalf of the host organisation. He recalled the motto of the event: Varietas delectat – Complexity is the new normality. He pointed out that organising an annual conference within a series of events going back nearly 50 years was full of challenges, but at the same time an honour and a joyful task. 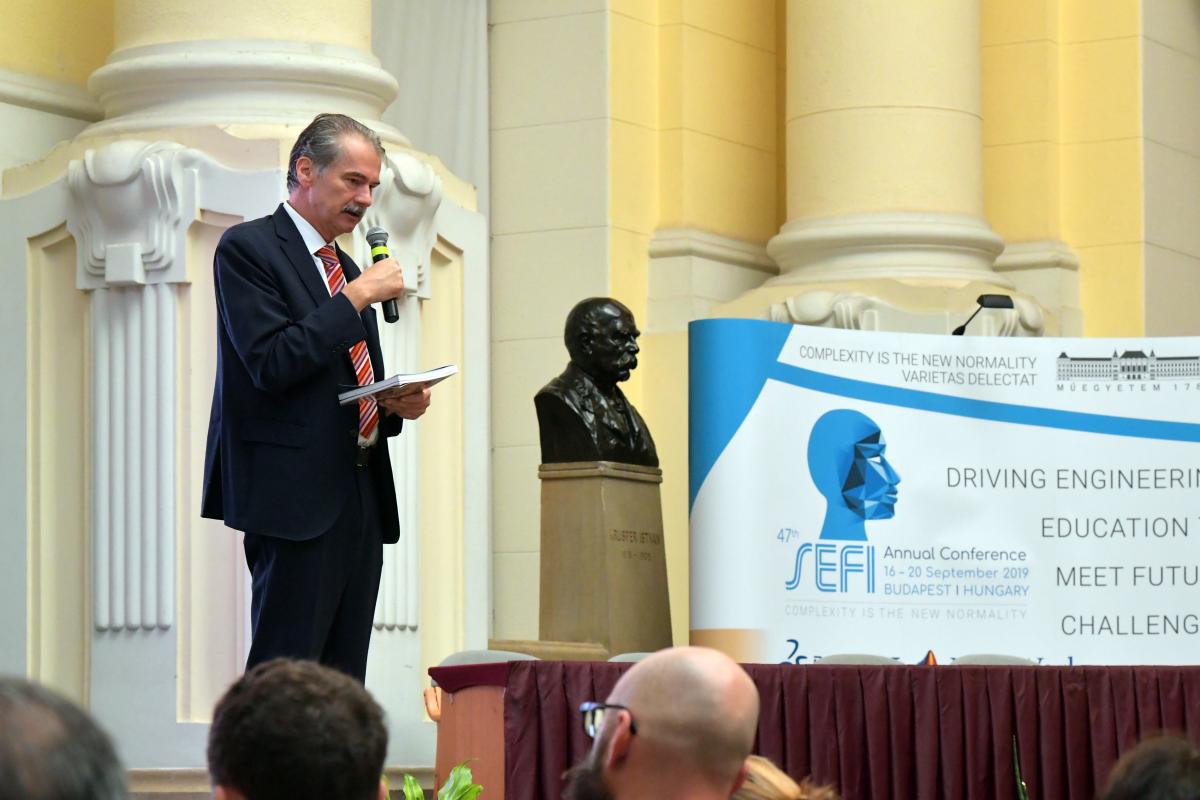 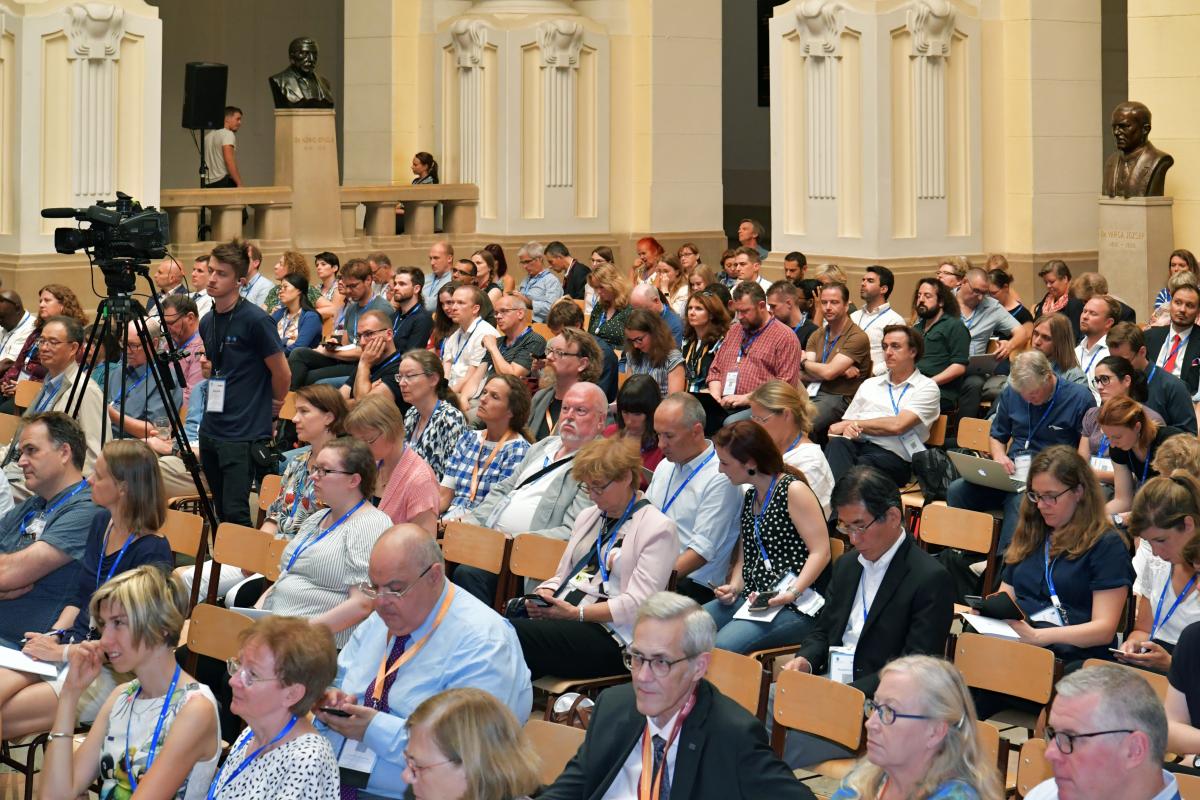 ”As the largest organisation of Europe's engineering education, SEFI is not only involved in the training of engineers, but also in the research into their education”, Balázs Vince Nagy, Vice-Rector for International Affairs said in response to bme.hu's question. He was the main organiser of the 4-day event on behalf of BME, which attracted around 400 participants. He added: ”the world is undergoing significant changes with digitalisation and the ever increasing demand for innovation, bringing with it changes in the expectations of students and industry. SEFI focuses on these issues in great detail and naturally companies aspire to support such endeavours. 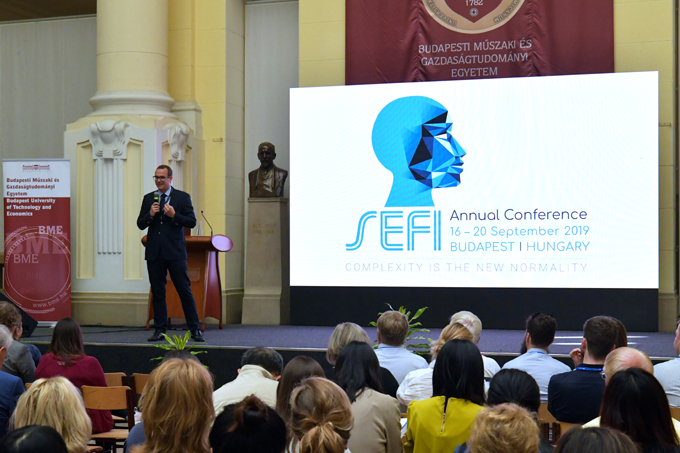 Our speakers covered a wide range of current topics. EU Commissioner Tibor Navracsics talked about the competitive environment, in which creative and innovative solutions produced by engineers are a prerequisite for survival, and therefore of utmost importance in Hungary's and Europe's engineering education”, stressed Balázs Vince Nagy. ”International agreements, coordinated by institutions, are the cornerstones of the EU's education policy and we had very exciting professional discussions, which were made even more interesting by the large number of questions and comments to the speakers”, explained the main organiser. 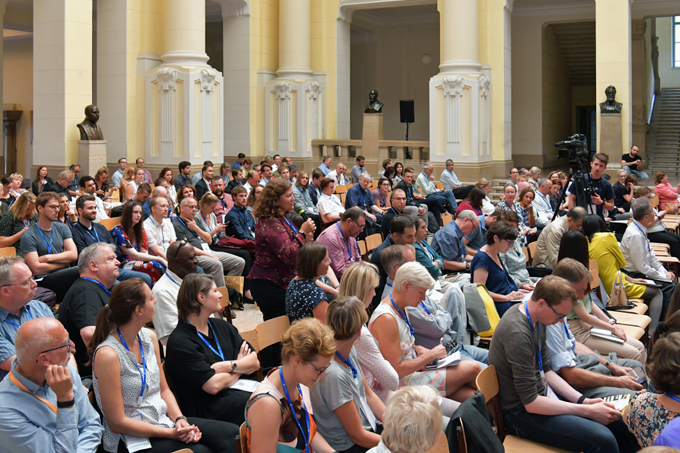 The various sessions covered a wide range of topics: from interactive methods to project-based learning, visitors were treated to lectures delivered by a large number of experts. 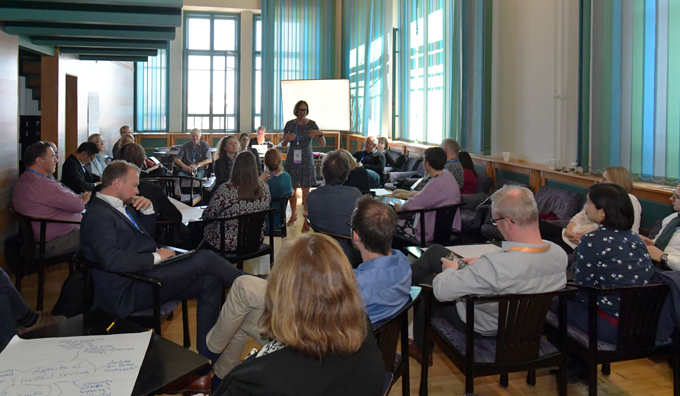 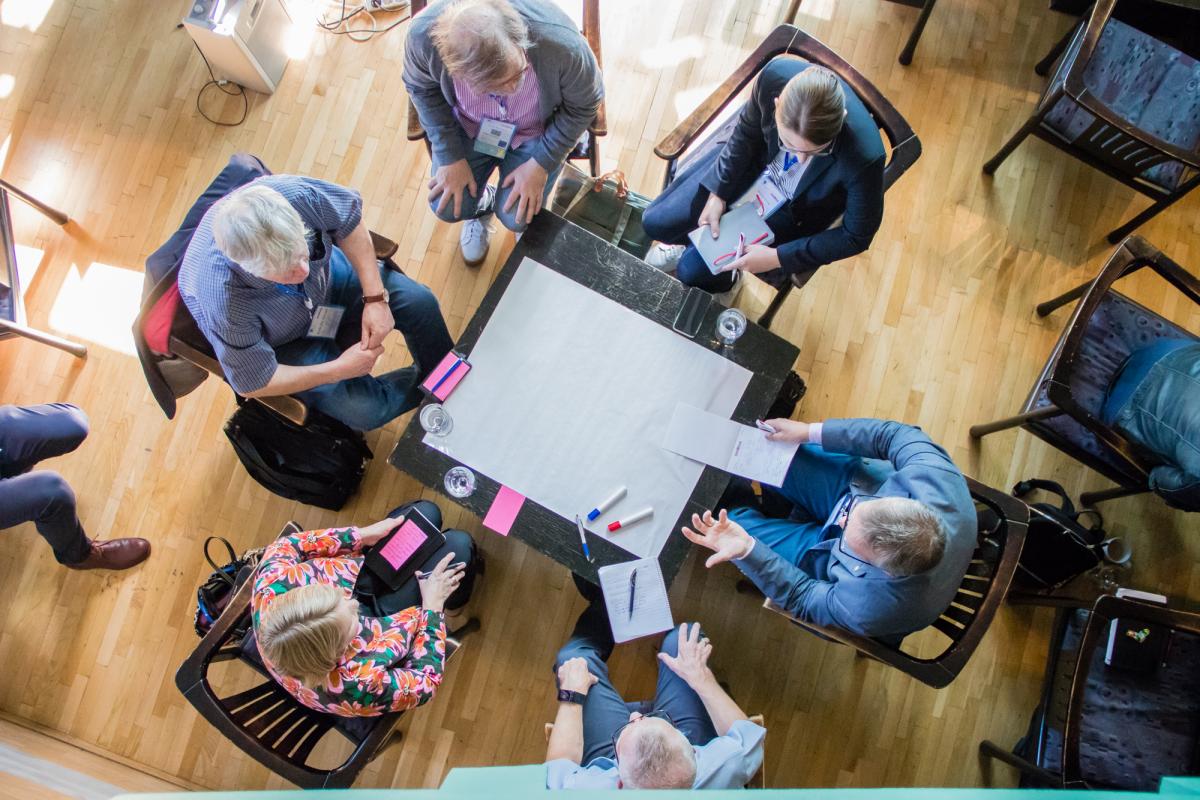 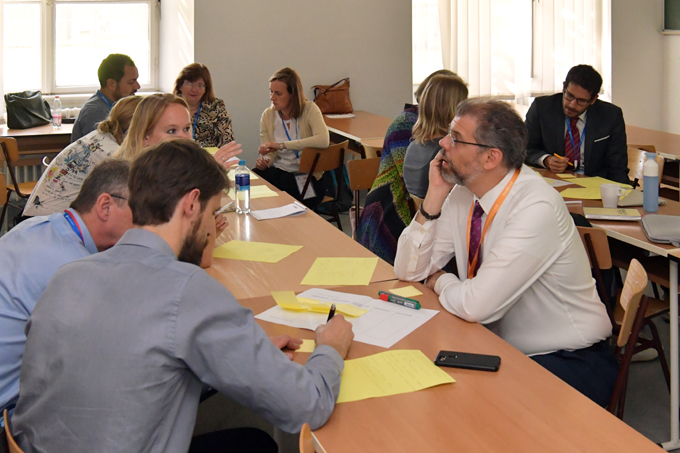 ”The members of today's modern, young generation are referred to as digital natives, who expect their lecturers and professors to use the latest technologies. Our students wish to be involved in the educational process directly and actively: they learn the basics from the lecture notes and have access to a wide range of information on the internet, so when they turn up to classes, they want guidance on how to solve specific tasks. We need to understand and research the optimal teaching methods, which are a combination of the above”, the Vice-Rector for International Affairs pointed out as one of the key messages of the conference, adding that the organisers had the students in mind when opting for an open format, where lectures were held in the Assembly Hall and were open to all. 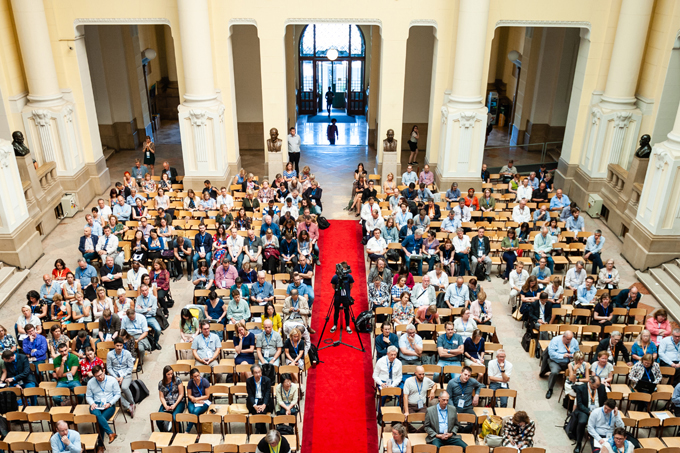 Balázs Vince Nagy recalled that Budapest University of Technology and Economics had been a SEFI member for many years and undertook the organisation of the conference with great pleasure. BME's Department of International Relations and Rector's Office deserve credit for their hard work, thanks to which the event ran seamlessly. This year's conference, following last year's organised in Copenhagen and preceding next year's to be held in Eindhoven, helped to increase BME's international recognition and visibility while also strengthening relationships between the academic staff and researchers. 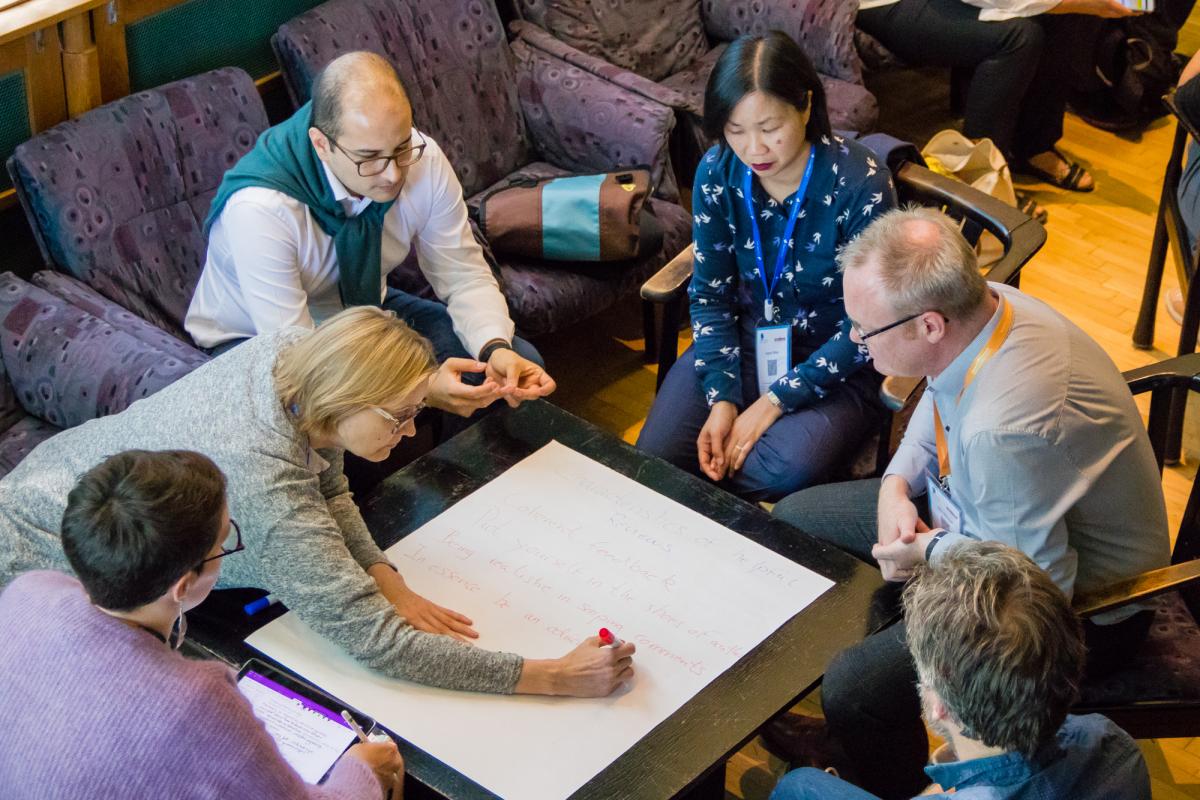 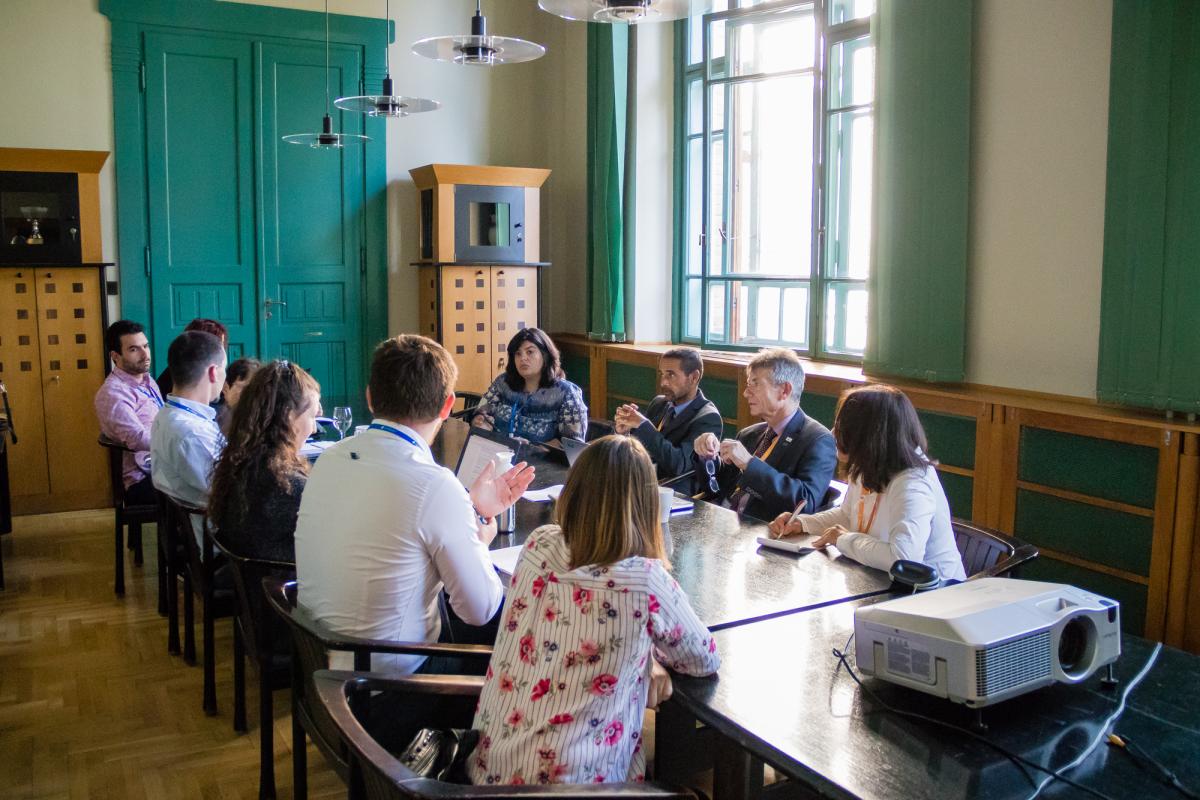 ”I have been involved in the preparations for SEFI's annual conference from the start. After the initial organisational steps I participated in making the necessary arrangements at BME, then in evaluating the incoming lectures”, Krisztina László, professor of the Faculty of Chemical Technology and Biotechnology and former Vice-Rector for International Affairs told bme.hu. She was the chair of the session entitled ”Diversity in Engineering Education” on the first day of the conference, during which participants were invited to learn about the practices of engineering education institutions and their response to the arising challenges. ”All presentations focused on ways to make the educational journey of future engineers easier, so that the most capable and suited could remain in education, but enter the labour market as soon as possible”, the professor and researcher explained. 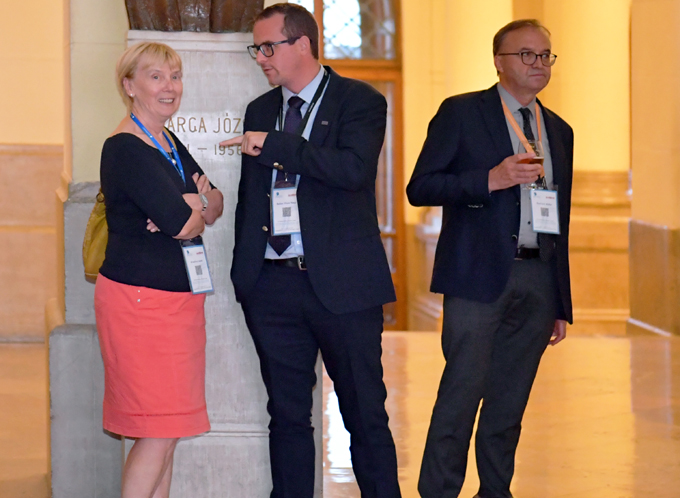 ”It was raised at last year's SEFI conference that BEST Budapest could help in organising the next one”, Tamara Takács, President of the Hungarian section of the Board of European Students of Technology told bme.hu. She added that although the organisation's main target group were engineering and STEM students, their door was open to those from other faculties as well. BEST Budapest holds professional courses and engineering competitions every year. Their extensive experiences led them to take part in organising the programmes of the European Society for Engineering Education and provide the logistical background for the events. ”We are proud to be here, to have the opportunity to showcase our organisation and participate in the conference: apart from the presentations, we also invited young participants to a two-hour workshop on the motivation of engineering students”, she said of the initiative which proved very popular among the attendees. Senne Meeusen, President of the International Board at BEST and a student from Ghent University was one of the moderators of the SEFI conference.

”The fundamental benefit of the conference and SEFI in general is that researchers with the most diverse cultural backgrounds are able to share their experiences with each other” Hannu-Matti Järvinen, professor of Tampere University, SEFI's Vice-President and Chair of the International Scientific Committee explained to bme.hu. He also believes that recognising the importance of innovation, an integral part of engineering science, is another important value.

”The programmes are organised in a different country each year and I think that Budapest and BME was a wonderful location and venue for us. The campus buildings radiate wealth, a respect for traditions and the importance of education. Our hosts have done wonderful work, for which we thank them”, said Mike Murphy, Professor of Dublin Institute of Technology and the outgoing SEFI president summing up the success of the event. He said: ”the operation of a special network of European universities, through which we can share the best methods and tools of engineering education, is an important goal of ours”. He also added that the conference yielded tangible and also less concrete results. The former included the truly excellent keynote lectures and workshops, while, in his words, the latter ”might not have been an obvious, but an all the more important benefit, which is experts with the same sphere of interests being able to meet with one another”. 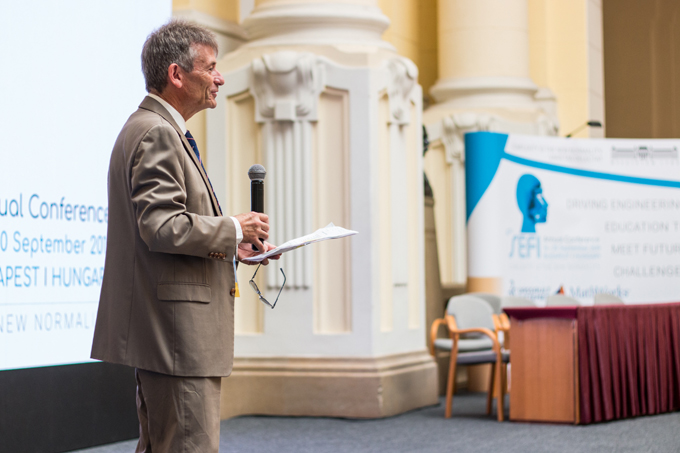 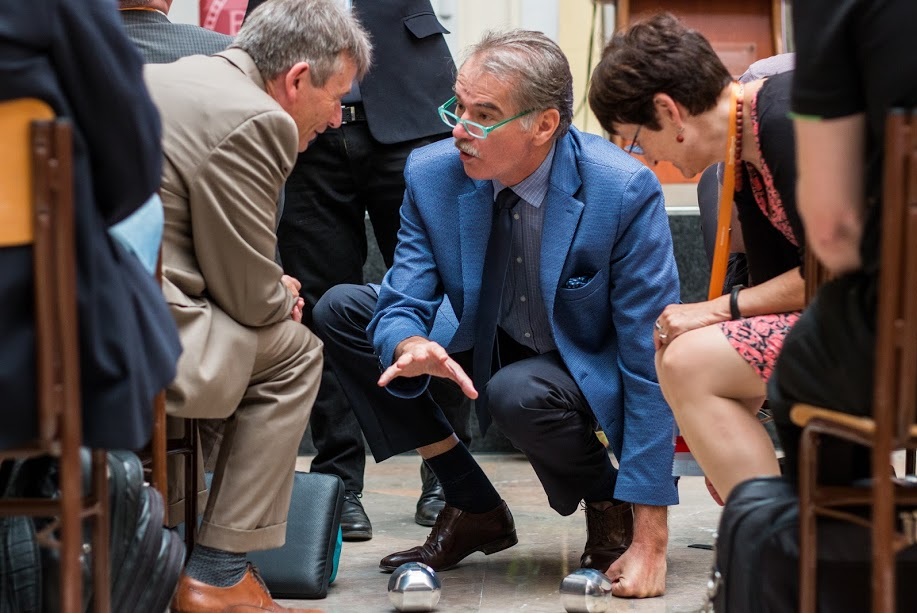 ”The MATLAB software developed by our company is used by many students worldwide. SEFI is the main organisation for engineering education, so it was only natural for us to come and participate at the conference held at BME, to strengthen our professional relationships, while also showcasing our products which amalgamate engineering theories with practical knowledge”, Alessandro Tarchini, senior representative of MathWorks, the largest company among the event's sponsors, told bm.hu, stressing the importance of research which helps students maintain their motivation throughout their studies and acquire marketable knowledge.

”The conference, held at BME, was a success, thanks to the wonderful environment, the helpful colleagues and the students. I was pleased to see such a large turnout even at the morning lectures and sessions in spite of the fact that visiting the beautiful sights of Budapest instead was a serious temptation”, said Yolande Berbers, Vice-Dean of the Faculty of Engineering at the Catholic University of Leuven, who was elected as the new SEFI president at the Budapest meeting of the organisation's general assembly. In her words: ”I am very happy and proud of my new post. This is a prestigious network of around 110 institutions from Europe”. 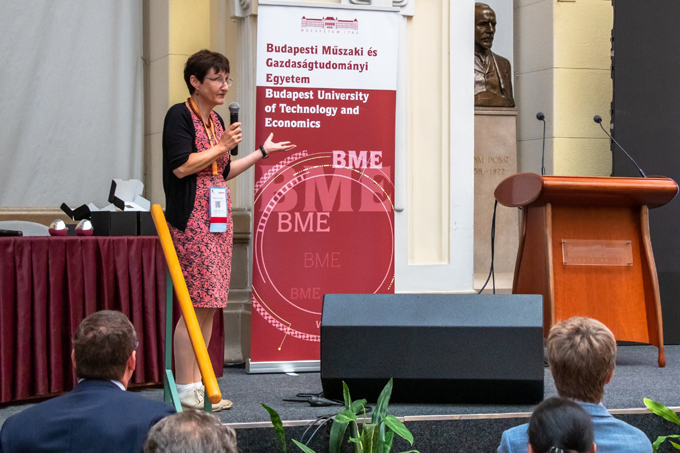 Yolande Berbers stressed: ”our members have very different backgrounds, so the Budapest conference was aimed at getting to know our Central and Eastern European colleagues better, hoping that more universities from the region would join us in the future”. Regarding future professional plans she emphasised that: ”more attention should be paid to the needs of our members and working groups. We have to find the virtual tools and channels that we can use to help them. We need to build bridges to reach other organisations involved in education and in STEM subjects in general, because we can achieve much more by working together”. 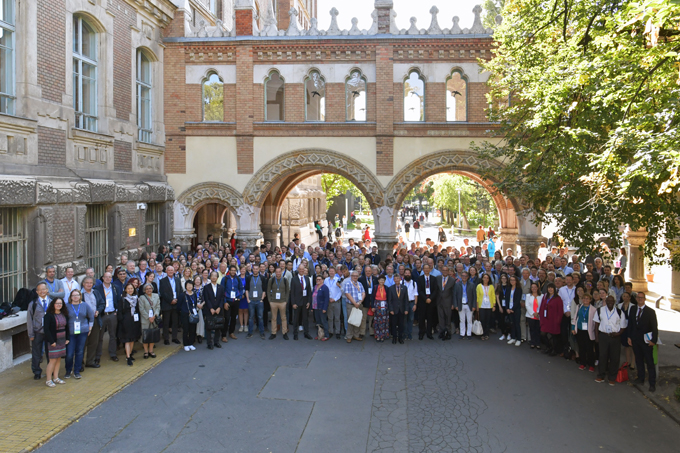