”Our university-based small satellite programmes will have long term benefits and the related training programme to be introduced at BME will be essential for our future competitiveness,” stressed Orsolya Ferencz, ministerial commissioner for space research at the opening ceremony of the event, referring to the establishment of a Hungarian space engineer programme, initiated by BME, whose accreditation process began late last year. Outlining the events that have happened in her area since her appointment at the end of 2018, she pointed out how the Ministry of Foreign Affairs and Trade had ensured a more efficient representation of the interests of the Hungarian stakeholders of space research at domestic and international level through the creation of her position. She added that as both the current budget of the European Space Agency and the contribution of Hungary have significantly grown, scientific activity in Hungary has also increased and numerous bilateral agreements have been signed with countries inside and outside Europe. Finally, she spoke about the tasks for the future, highlighting the special importance of the introduction of a joint astronaut training programme with Russia. 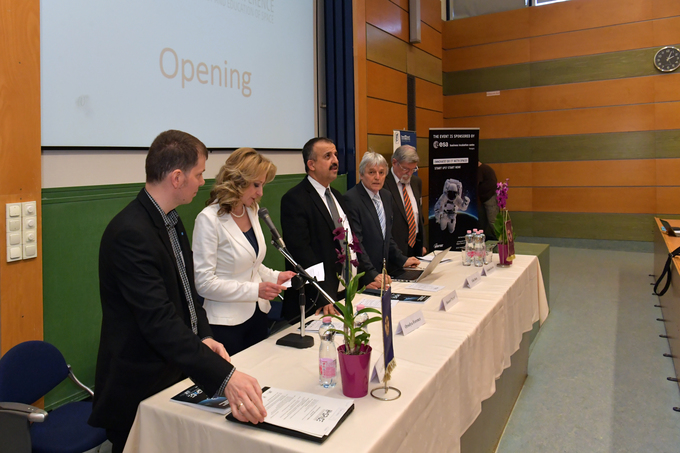 ”The master programme for space engineers accommodated and mentored by the Faculty of Electrical Engineering and Informatics (VIK) will train the space scientists of the future. Keep thinking about them, teach them and improve their knowledge: this is a process that will benefit both the teachers and the students,” said János Józsa, rector in his welcome speech at the opening of the education session of the conference, sharing his positive experience of the pride many people have of the successes of BME's small satellite research. He said that ”both as rector and teacher, I feel the importance of the responsibility for the education of the next generation, as defined as the conference's motto, every single day as we must awaken their interest in topics and phenomena that we currently have limited information about: encouraging their open-mindedness and receptiveness is our noble obligation.” 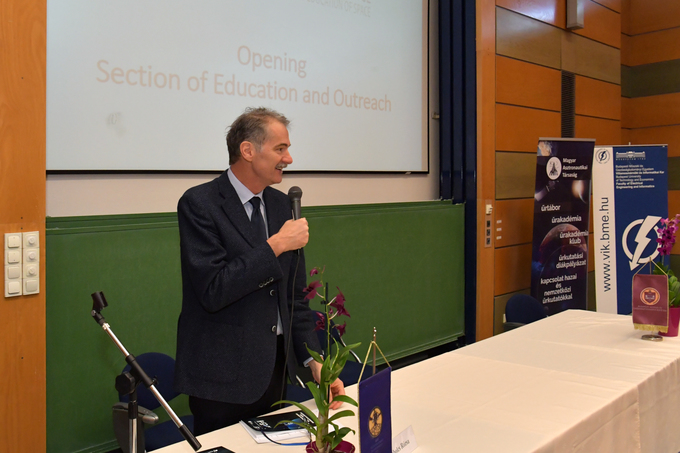 ”The first H-SPACE conference we organised was encouraged by the success of Masat-1 and this time we have another outstanding BME picosatellite result to celebrate,” said Charaf Hassan, dean of the Faculty of Electrical Engineering and Informatics (VIK) referring to the release of BME-developed SMOG-P and ATL-1 into space nearly three months ago and their smooth operation ever since. He emphasised that the event focused on education and research and development to an equal extent: ”the VIK and the university are very good at both as our small satellites demonstrate. The new master programme which is planned to be launched next year will be a new pillar of our successful educational and scientific activities.” 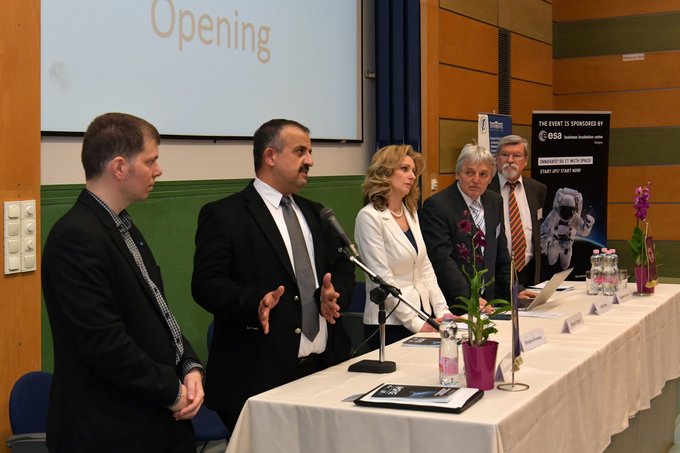 Kálmán Kovács spoke on behalf of the BME VIK's Federated Innovation and Knowledge Centre (EIT), the co-host of the conference. ”As one of the important commitments of the EIT is the coordination of the space research activities conducted at BME, it maintains a Space Coordination Forum and regularly organises events called the Space Forum, whose success is indebted to the support of 13 faculties and their organisational units.” He said that he was proud that a total of 220 speakers from over 20 countries including many researchers, professors and students had participated at the H-SPACE conferences over the last five years with the number of registrations already exceeding 1000. He noted that the success of the event was demonstrated by not only the figures but also the higher quality of the topics and programmes. 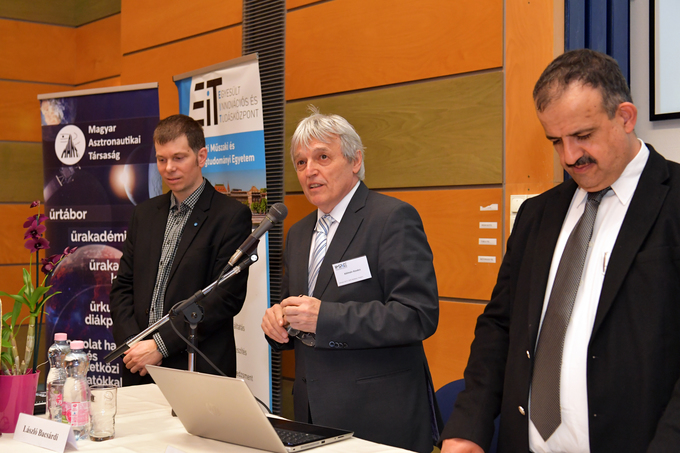 The philosophy of the Hungarian Astronautical Society (MANT) is very close to the theme of H-SPACE: knowledge sharing has always been an important part of our mission, said Előd Both, the president of the co-host MANT. He added that they had been organising camps for secondary school students for decades to show them the allures of space research. Speaking about their plans, he said that they would host a large-scale space research conference in 2023 and work on publishing an educational book in the near future. 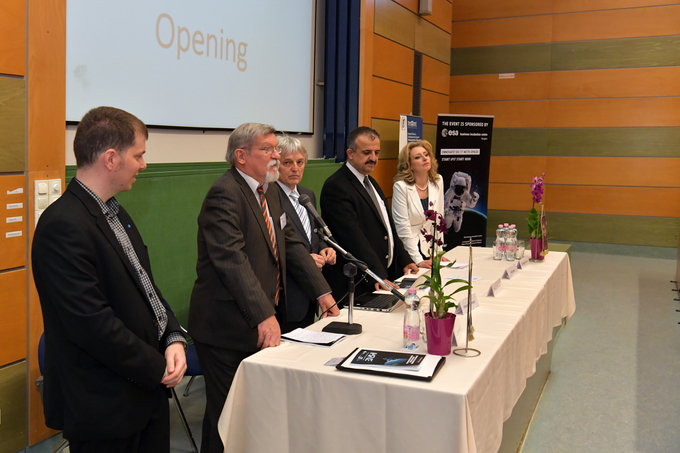 ”As our speakers have already mentioned, as BME was at the forefront of the initiative to establish a master programme for space engineers in Hungary, we decided to focus the sixth conference on space education,” said László Bacsárdi, associate professor at the Department of Networked Systems and Services at the VIK and one of the main organisers of H-SPACE 2020, in response to bme.hu's question. He stressed that the new MSc programme was unanimously supported by BME's Senate at its meeting in December and that the programme accreditation process is currently in progress. 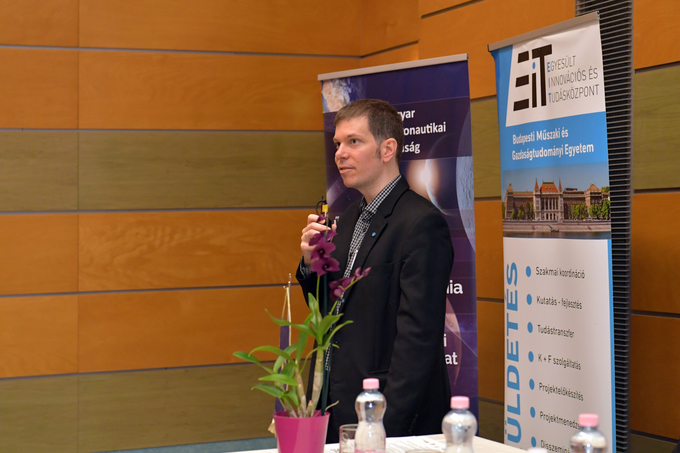 ”The recent small satellite success of BME – the excellent performance of SMOG-P and ATL-1 so far – fitted the theme of several sessions but we tried to focus on the aspect of education. We are proud of our developments: it was a deliberate choice to include the presentations discussing them in a comprehensive way in the session on education,” noted László Bacsárdi adding that ”the construction of their satellites helps demonstrate how the knowledge acquired during their studies may bring financial benefits and much more.” 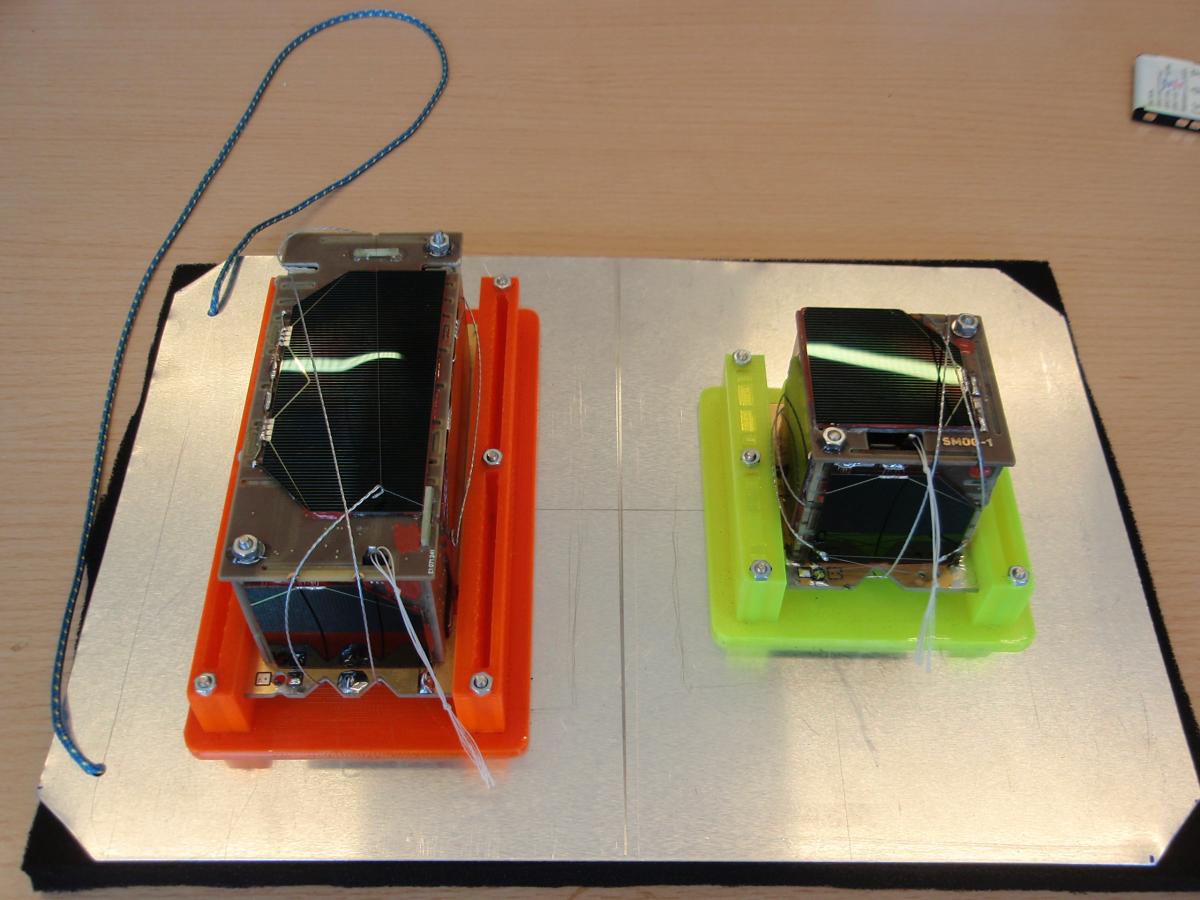 The associate professor at the VIK said that the international conference series remained highly popular with the number of registrations including speakers and participants in excess of 200 this year. In addition to education, the event focused on the most debated current sectoral issues that are worth following from Hungary as well. ”The development of the space internet will be the most important issue in the space industry in the years to come,” said the main organiser, revealing that certain private companies would launch approximately 40 000 satellites for this purpose over the next few years. (By comparison: a little over 8 000 satellites have been launched into space since 1957.) ”This process involves many technical, legal and other issues from frequency permits to interference. Mehtap Dufour from the International Telecommunication Union delivered a very important plenary presentation evaluating the results of last year's radiocommunications world conference in Egypt from the perspective of space activity as well,” said László Bacsárdi in conclusion.