Microscopic magnetic properties of the Weyl semi-metals NbP and TaP

The past decade has seen an explosion of interest in the role of topology in condensed matter physics. Arguably the most topical of the new classes of material are Dirac- and Weyl-semi metals which are predicted to host topologically protected states in the bulk. In Dirac semimetals (DSM), (e.g. Cd2As3 or Na3Bi) each node contains fermions of two opposite chiralities, whereas in the Weyl semimetals (WSM), an even more interesting situation arises. A combination of non-centrosymmetric crystal structure and sizable spin-orbit coupling (SOC) causes the nodes to split into pairs of opposite chirality (Weyl points). For WSMs such as the d-electron monophosphides NbP and TaP, EF does not exactly coincide with the Weyl nodes. However, if the nodes sit close enough to EF, in a region of linear dispersion (E~k), the Weyl physics can still be observed in the properties of very light fermions. A key issue in the study of the monophosphides is therefore to establish how close to the Fermi level the Weyl points sit, and to estimate the range of energy over which the linear dispersion exists.
The 93Nb nuclear magnetic response (NMR) and 181Ta nuclear quadrupole resonance (NQR) techniques have been utilized to investigate the microscopic magnetic properties of the Weyl semi-metals, single crystal of NbP and powder of TaP. We made detailed measurements on the temperature dependences of line profiles K(T), Q(T) and nuclear relaxation rate (1/T1T), both of which gave us a characteristic feature associated with the Weyl physics. As a typical example, we show the temperature dependence of 1/T1T in TaP (see Fig. (a)). One can immediately observe that there exists a characteristic temperature, T* = 30 K, where the relaxation process has a crossover from a high temperature T 2 behavior which is associated with the excitations in the nodal structure of Weyl points to the low temperature Korringa excitations for a parabolic band with a weak temperature dependence. The band structure calculation of TaP tells us that besides the normal bands, two types of Weyl points appear. The first set of Weyl points, termed W1 and located at much lower energy (~40 meV) than the EF. The second set of Weyl points, W2, are slightly higher in energy (~13 meV) than EF [1] (see insert of light figure). From this band structure one can easily imagine that the conventional Korringa process is valid in well below temperature corresponding to the W2 energy, while increasing temperature excitations at the W2 Weyl nodes become progressively dominant. A construction of the total relaxation processes, including an anomalous orbital hyperfine coupling [2], is illustrated in Fig. (b), where we have good agreement with the experimental result. 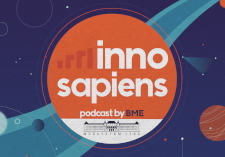