“This diploma is proof of your hard work over these years”

A total of eighty students received their diplomas at a celebration at the end of their studies at BME’s English-language Bachelor’s and master’s programmes.

“You receive a well-deserved certificate at this important milestone in your lives,” said Károly Veszprémi, vice-rector for education in welcoming the graduates of the English-language programmes. Your diploma is solid evidence of your excellent performance as students: you have worked hard all these years to pass your tests, be successful in your laboratory work, you have written and defended your thesis and studied for your final exams,” said the professor adding that he hoped that the competences and skills acquired at BME would help the graduates throughout their whole lives. 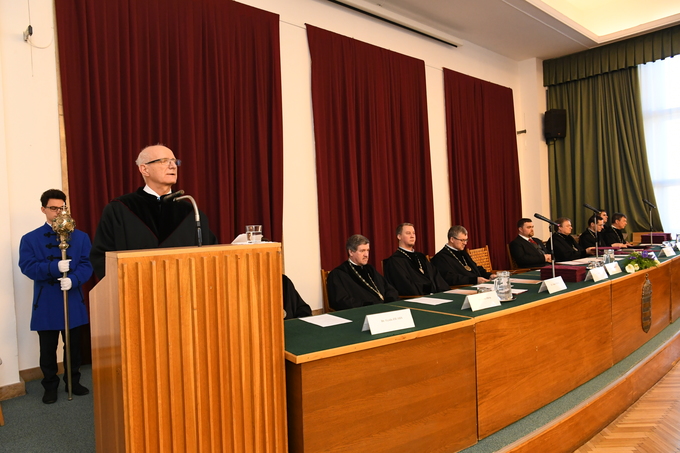 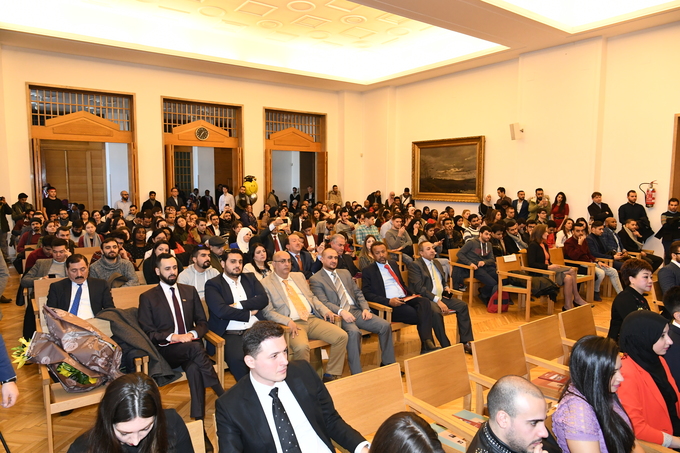 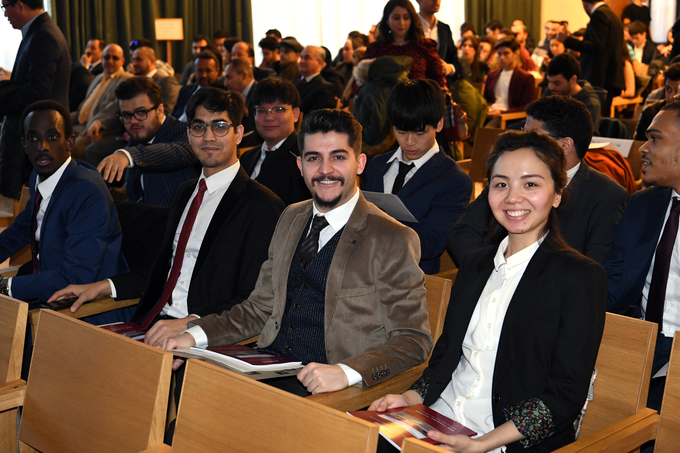 “We have fond memories and hope that we could also give our best during our time together,” said Máté Igaz on behalf of the mentor team in his farewell speech remembering their first field trip in Budapest: during a sightseeing tour many friendships were made between the foreign students by the end of the day that became almost family bonds over time. 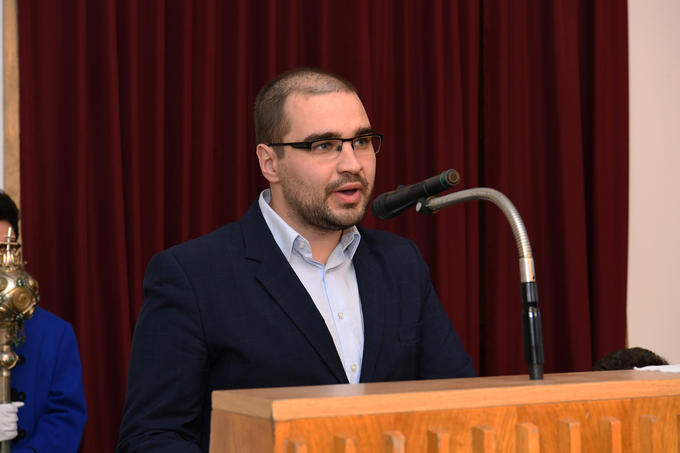 “Hungary and BME will continue to live in my mind as a wonderful and amazing place,” said Dang Tran Bao Trinh, a BSc graduate in chemistry from Vietnam in his farewell speech delivered on behalf of the outgoing students. The young graduate applied to come to Hungary when the Stipendium Hungaricum scholarship programme was first announced but could only start his studies with some delay due to visa problems. After recalling the positive and challenging aspects of being a student, he was pleased to share with the audience that he kept his promise and worked hard to catch up on his backlog and get his degree. He also remembered the initial language difficulties and the cultural shock but as he said he was never left alone at BME and always got help to tackle these challenges. To show his gratitude, he entertained the participants of the ceremony with a Vietnamese song after his speech. 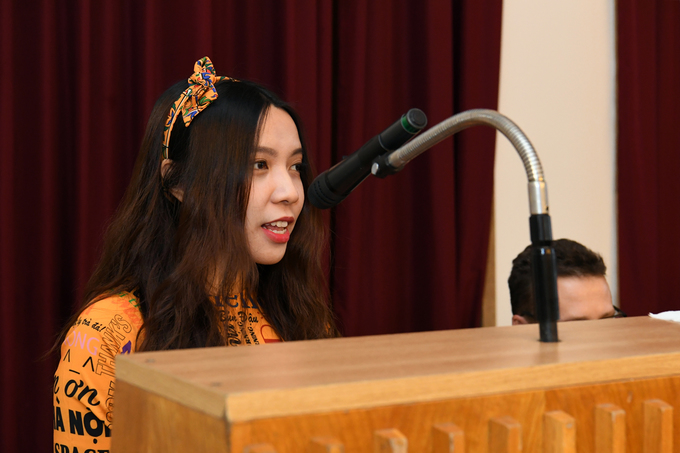 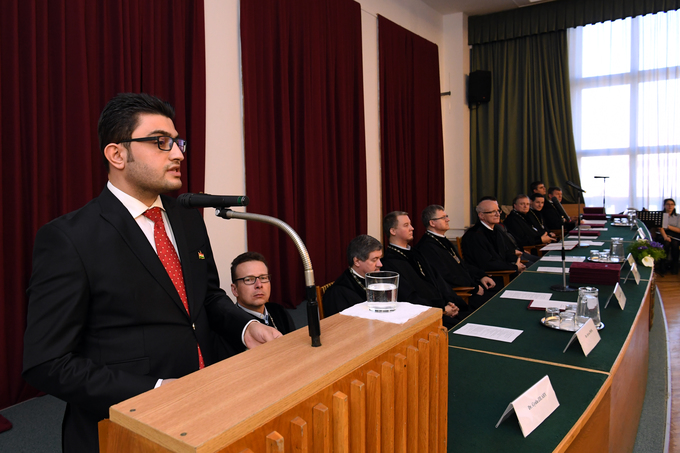 “We are happy that we have successfully completed our studies and received the degrees we had dreamed about for years and are excited to start a new phase in our lives,” said Hezha Mardan Awny, also a BSc graduate in chemistry, speaking in the name of the outgoing students. He added that he and the other students were also sad to leave the university and their friends. “The time we spent as students at BME was not only about reading books and learning about science but also about obtaining a basic understanding and learning lessons in addition to finding out how we can contribute in our world,” confessed the graduate who thanked the supportive environment, the helpful professors and, last but not least, his parents for the successful completion of his studies. 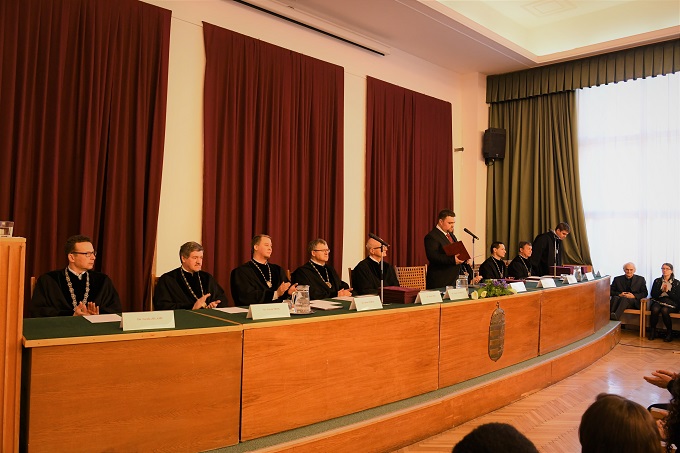 “Right now your future is in your hands,” said the master of the awards ceremony as a final remark. “You joined us so that we could create a part of your future together. We welcomed you with an open heart and an open mind, committed to giving you all the help and expertise we could. Now you are ready to leave us, so that you can create a better world,” stressed György Ádám Horváth.

Fee-paying students complete the same English-language courses as students in the Erasmus and Stipendium Hungaricum scholarship programmes. The number of students in the latter category continues to grow significantly: The first four students taking this opportunity arrived in 2013 and the number of students admitted since is close to 1000. Most of them arrive from the same countries as the fee-paying students and the majority study in longer (BSc and PhD) programmes. Almost one-third of those graduating in February 2019 were admitted to BME through the Stipendium Hungaricum scholarship programme.

“In the last one to two years, the number of the graduates of the English-language programmes has doubled, which is very positive but at the same time requires diverse, very accurate and highly coordinated extra work,” said Valéria Balogh, the international coordinator of the Directorate for International Affairs of the Rector’s Cabinet at BME in response to bme.hu’s question, mentioning, as an example, that the final exams of these students are in the last days of the exam period. She added that the staff of the Central Student Office should be thanked for the timely release of the documents required for the diplomas and the diplomas themselves despite the limited amount of time available. 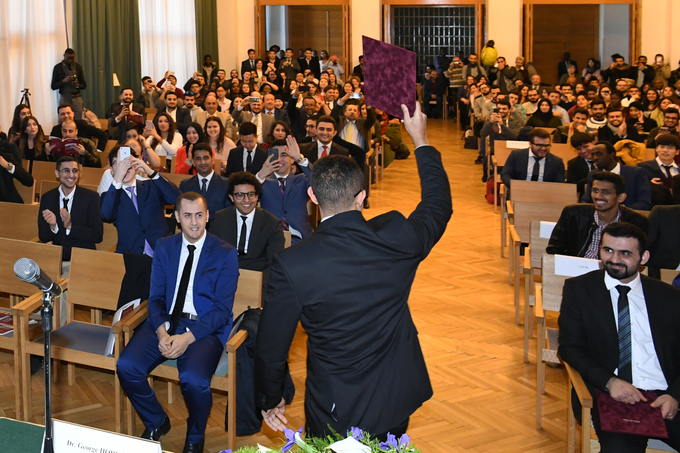 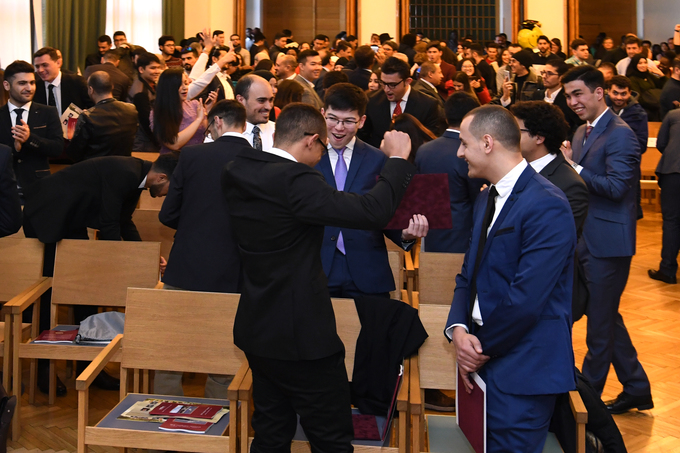 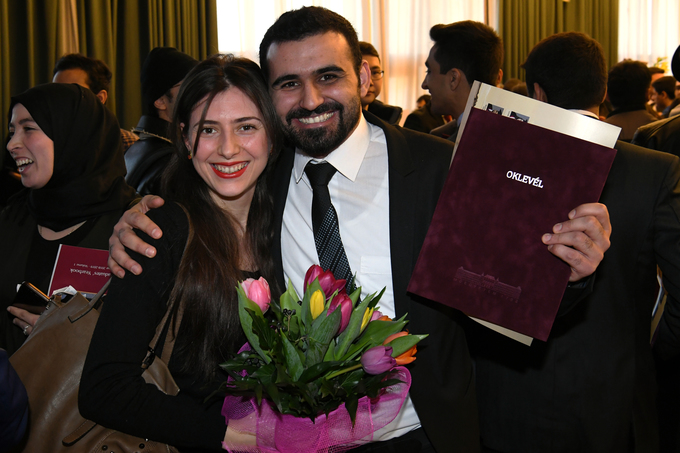 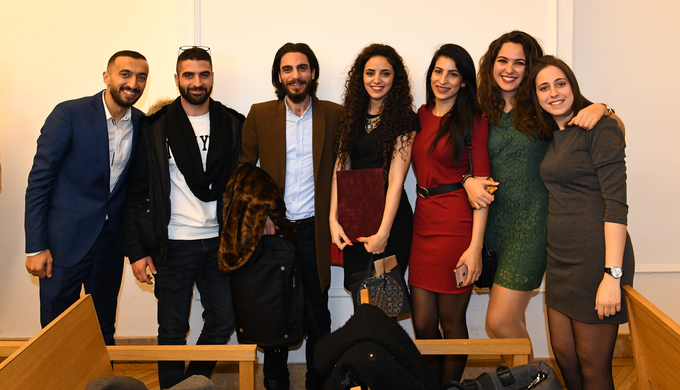 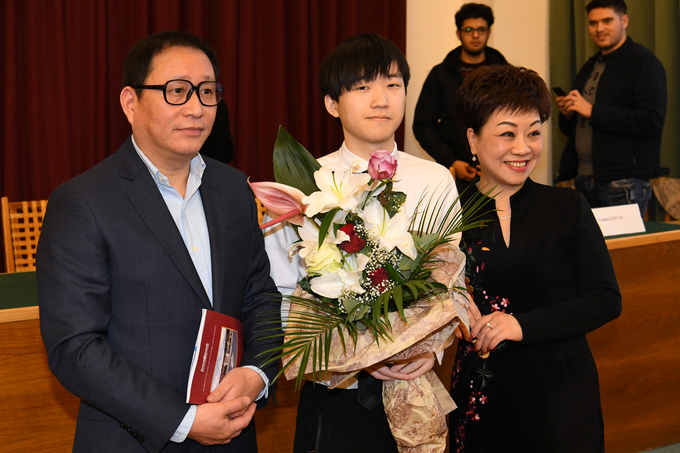 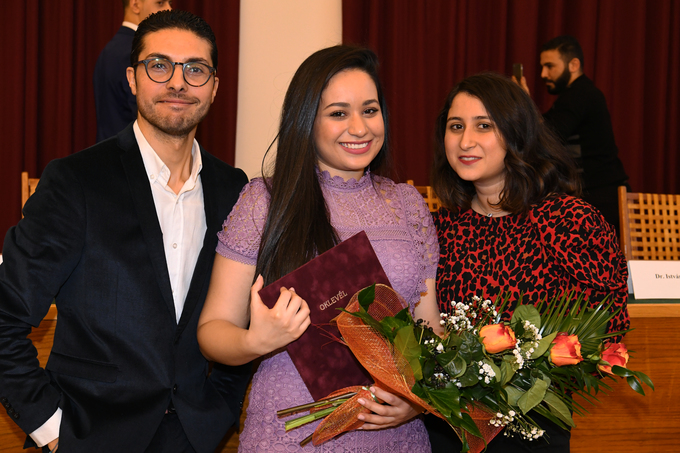