Two new complementary master’s programmes will be available at BME and ELTE from this autumn and are now open for applications. The new programmes were introduced at a press conference.

BME’s senior official said that the English language programme has been designed to train professionals in the development of autonomous vehicles, the most dynamically developing field of the vehicle industry, at the Faculty of Transportation Engineering and Vehicle Engineering. “Although autonomous vehicles are still in the design phase, the academic field has already become engaged in order to be able to respond to industrial needs in a flexible way,” said the academic. He stressed that “BME is able to build efficient competencies but industrial research and development require partnerships”. He was delighted that the establishment and launch of the new programmes were supported by both the Institute for Computer Science and Control of the Hungarian Academy of Sciences (MTA SZTAKI) and large corporations saying that “we wouldn’t have been able to do this on our own”. He added that the test track development project in Zalaegerszeg will play a key role in research in this field.  (Editor’s note: Reports on the programme delivering the science behind the development of autonomous vehicles have been previously published on bme.hu.) 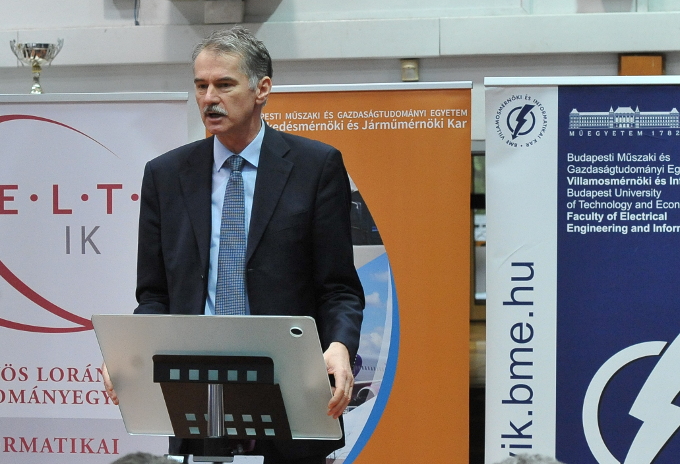 In his speech, János Józsa said that there were approximately 20 000 job vacancies for IT specialists in Hungary at present, which he believes may only be filled by speeding up their training and, in order to respond to these needs, BME will launch a new, so-called Bachelor of Profession (BProf) course in computer operations engineering at the Faculty of Electrical Engineering and Informatics. He stressed that “the curriculum of the new course abridged to three years will be delivered by the same excellent teaching staff that teaches at the other courses of the university”.

László Palkovics, Minister of State for Education said that autonomous vehicles are important for Hungary. As an example, he mentioned – similarly to others speaking before him – the development in Zalaegerszeg, connected to BME programmes, which will deliver a test track for self-driving vehicles. He added that “the automotive industry is a priority for the government and it is important to ensure that Hungarian economic players are involved not only in manufacturing and assembling vehicles but also in the related research and development and also benefit from the results of such activities”. 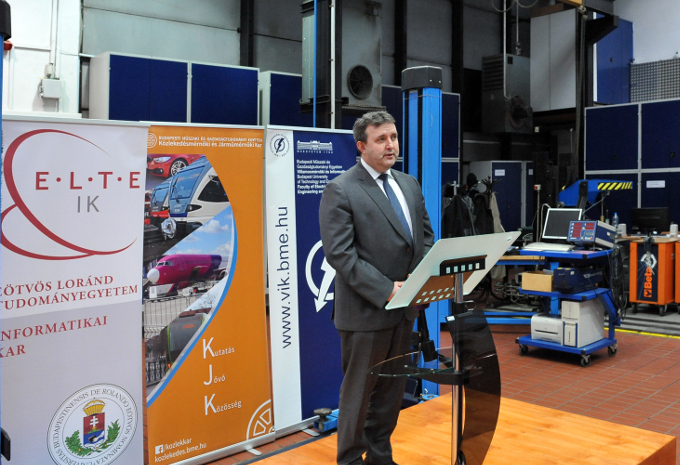 The dean of ELTE’s Faculty of Informatics reported that ELTE will also launch an English language master’s course in autonomous system informatics from September. Zoltán Horváth stressed that this course and BME’s programme in autonomous vehicle control engineering are complementary programmes. He explained that BME focuses on the technology aspects of this field while ELTE concentrates more on informatics. “ELTE’s new course will enable students to design complex software systems allowing self-driving cars to constantly collect and analyse data and make decisions, which will improve the predictability, comfort and safety aspects of transport.” 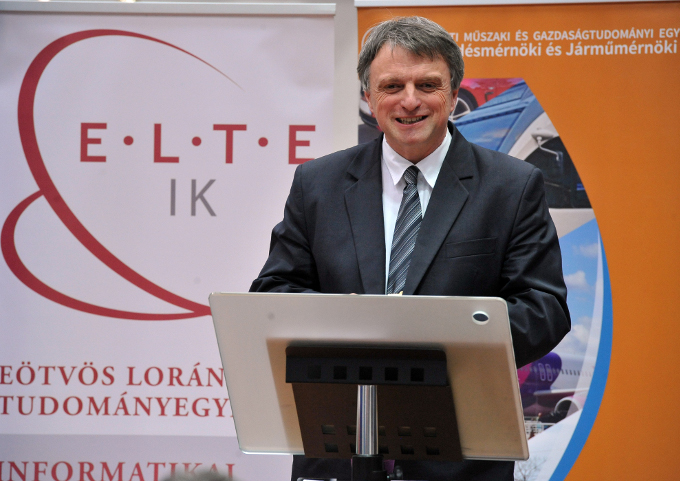