The idea recognised at the Urban Design Award Contest addresses the global and local challenges of urban planning.

“One of the basic concepts of the planning process was to develop existing, often derelict places by using locally available, recyclable materials,” stressed Diana Negoescu, Ilham Al-Hajjar, Gabriella D. B. Monteiro és Sophia A. Thomas, fourth year students in the English language programme of the Department of Urban Planning and Design at BME’s Faculty of Architecture (ÉPK), who won a special award for their project entitled “WIMCY – Welcome into My Church Yard” at the prestigious Urban Design Award international contest, in response to bme.hu’s question.

As part of the ideas competition for architecture students organised by the International Union of Architects (UIA) in 2020, contestants were invited to submit projects to develop one of the oldest slums in Rio de Janeiro, Maré, based on its problems and opportunities and taking into account the UN’s sustainable development principles.

The students in BME’s English language programme discussed this topic as part of their Urban Planning 2 course. Students were mentored by Árpád Szabó, head of the department, Amir Sirjani and Tünde Tóth: before the actual planning began, they spent several weeks on preliminary general preparation during which time the students learned about global issues and surveyed the impact of poverty and poor neighbourhoods on urban life. They then formed small teams and started the planning process, at the end of which the best designs were entered into the Urban Design Award contest. Their work was supported by representatives of NGOs working in Rio who consulted the students via the Internet.

“The site of this design project was much bigger than any other we have worked with before so it was a huge challenge. The first step of our design idea called “Welcome into My Church Yard” was to find strong civil organisations that are able to support and maintain the various projects we developed. Our survey of the demographics of the Maré quarter showed that many people living here are religious and are closely tied to the churches; this explains why there are a lot of religious buildings in the area. As we know that in the past cities were generally built around such religious establishments, we came up with the idea of a “church yard”. We divided the site based on the location of empty or unused plots where the necessary conditions to manage a project could be established in close cooperation with the local religious community. We, in part, developed institutions already existing in the community but also created new ones. We used maps, documents and online surveys to examine the site and also interviewed a person living in Maré,” said the winners of the special award adding that the interventions they envisaged for a few special places may improve the quality of life, which, for example, may include the establishment of the conditions of urban farming or the expansion of possibilities for sports. 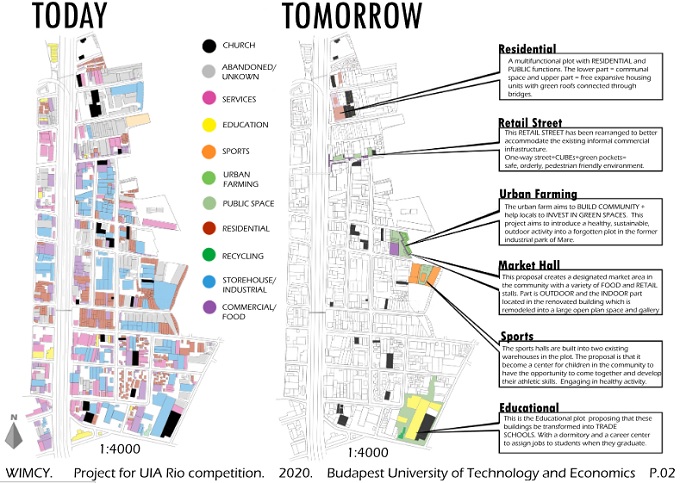 Map of the Maré quarter and the development sites

Their other key idea was to use local recyclable materials to develop urban space. Consequently, they devised small units that could be used in a flexible way and be even constructed manually: this is the basis of the CUBE (Community Unification through Building up Economically) concept. Furthermore, the construction of these structures helps reduce the local unemployment rate. 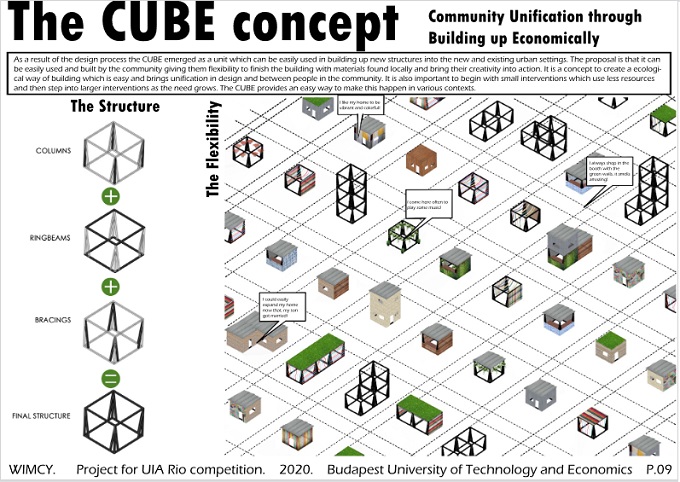 The outline of the CUBE concept

“We proposed a simple metal frame that can be used for many purposes and covered in different ways. We chose this material because it has sustainable properties and is easily available in this community. Our plan clearly shows that these modules can be easily rearranged and this feature may encourage users to find the best possible use for them,” explained the designers. Using manual resources, they can be used as counters in trading activities or as more complex structures when placing them in lines.

“The CUBE module was developed as a concept that easily adapts to the informal patterns of slums instead of following the strict urban system. The functions, existing buildings and the movement of pedestrians determine how the space is arranged and how people and the built environment interact. The ratio of built environment and green surfaces inspired the introduction of green roofs, urban farming and the use of more trees and green surfaces integrated into the cubes,” said the young architects in summing up their project. 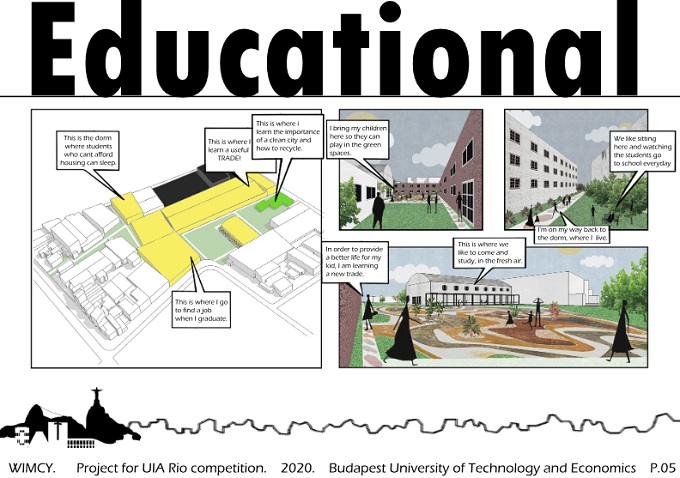 The design of the educational centre 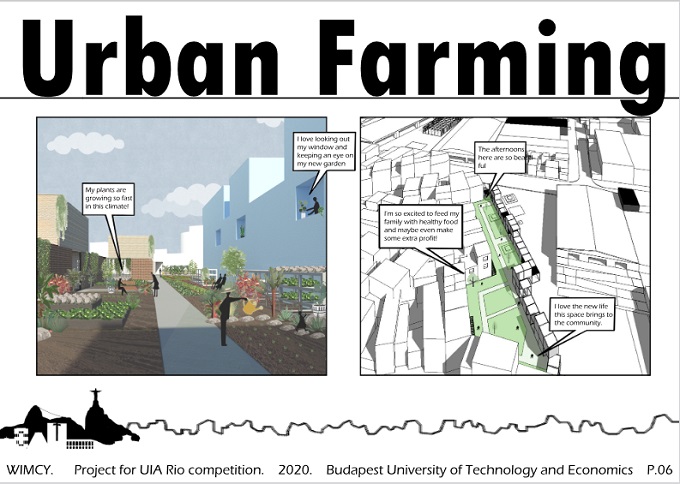 The design of urban farming 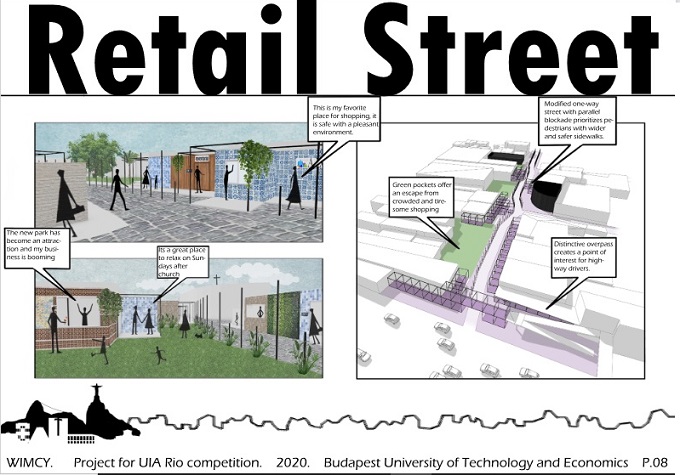 The development plan of the retail street 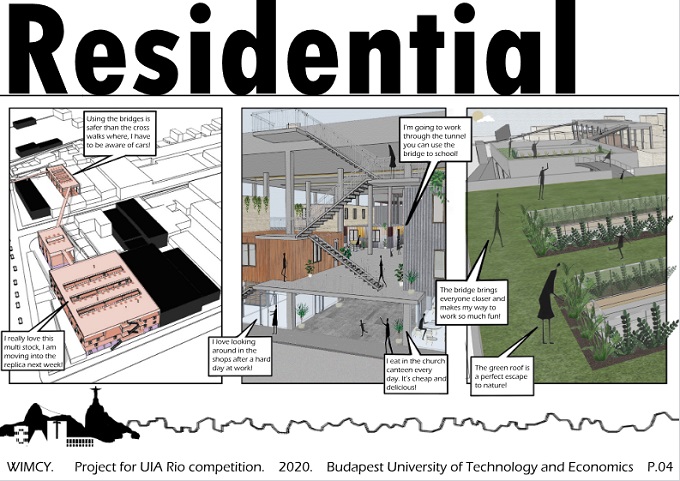 Development idea for the residential unit