In this page scientometry-related materials and resources of the University are presented: bibliometric data of publications of the current scientific staff, and citations to these.

The numbers are clickable and show the items behind them. The tables can be normalized by the number of staff of a faculty/department (pulldown menu: Number of records → Averages of numbers of records). Several publications are available in full-text form. 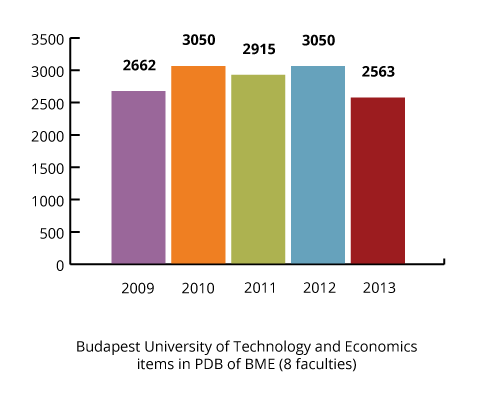 Scientific publications of BME by year (+citations in the subsequent 2 years):

Citations to publications of BME: 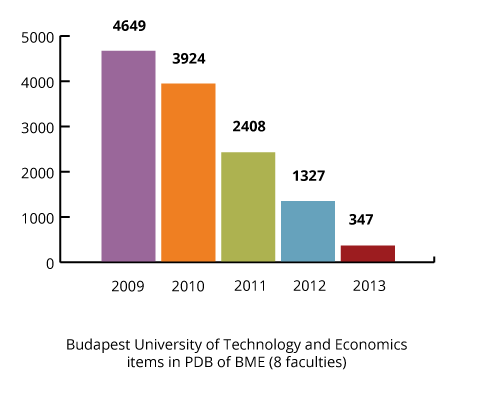 Scientometric data of the faculties: