BME’s “honorary consuls” were invited to a workshop offering varied cultural and professional programmes to the participants.

“It is a great pleasure to see so many familiar faces among BME’s foreign representatives and the fact that the number of its foreign students makes BME a top ranking technology university in the region is also very positive. We greatly welcome all foreign students in scholarship or regular programmes and the professionals advising them to study at BME,” stressed Balázs Vince Nagy, vice-rector for international affairs at the workshop for recruiting prospective foreign students to BME. He then briefly presented the history of the university, the importance of education and research and concluded by describing the wide variety of the available study options. 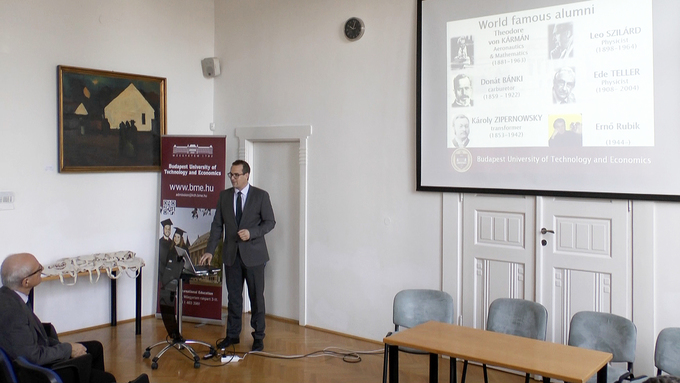 In his greeting, the oldest representative, Sofocles Moussoulos from Cyprus recalled the time when he first visited Hungary and BME in the 1960s. His strong attachment to BME from the beginning was the reason why he eventually became BME’s first representative, supporting foreign students when the English-language programme was introduced. He said that there was a period when he was able to send 75 students per year to study at BME. 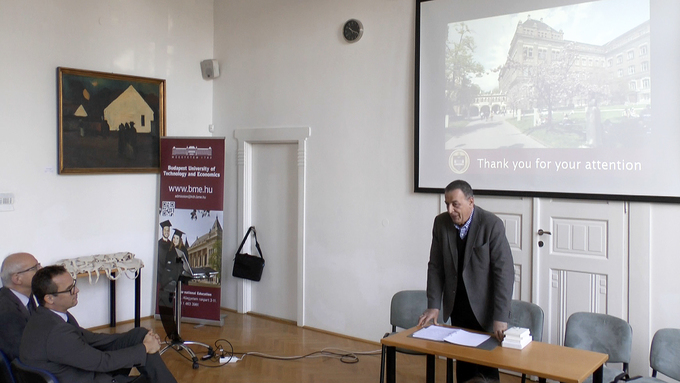 The selection of programmes available to foreign nationals and the number of students received is an important benchmark for most schools. Universities and colleges all over the world are trying to attract more and more foreign students by making a variety of efforts including engaging a local agent representing a specific school and familiar with the most important information on educational matters. In general, first-hand information about the degrees to be obtained, the living conditions and Hungarian culture is provided to BME’s future students by these professionals who are present in many different countries. Some of them even offer additional assistance, “follow-up support” by ensuring that the first steps of the students after their enrolment in Hungary are also taken smoothly.

These triennial meetings allow the representatives to receive up-to-date information about BME, the various faculties to become familiar with one another’s study programmes and the staff involved in student administration to obtain relevant information.

“The work of our supporters is essential to us,” stressed Valéria Balogh, executive expert of the Directorate for International Affairs of the Rector’s Cabinet at BME and one of the event’s organisers in response to bme.hu’s question, adding the following example: “when delegations from the Ministry of Foreign Affairs have meetings abroad, they usually do not have time to present the opportunities to obtain a university degree in Hungary in detail. In such cases, more information is available from the local agents of the universities.” 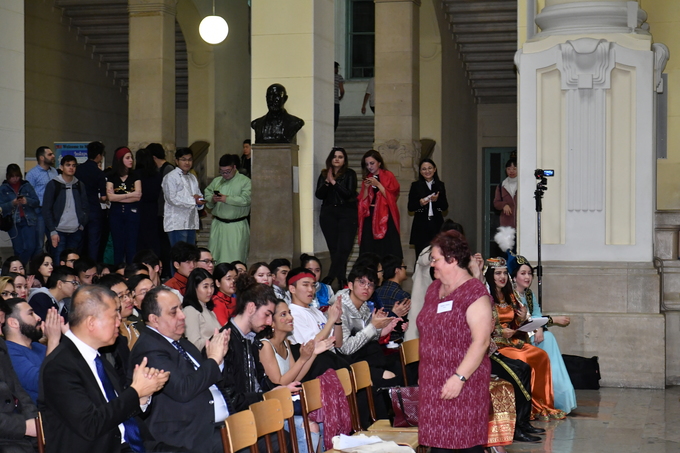 The work BME’s foreign support professionals perform resembles that of an honorary consul. These professionals include BME’s former students, professors, lawyers and economists. “Some of them are Hungarian or have a Hungarian wife such as, for example, a Turkish representative who obtained a degree in Hungarian in his home country,” Valéria Balogh explained adding that these agents should ideally be strongly familiar with the public and higher education system of their home countries, have a clear understanding of the local labour market needs and current economic trends, frequently travel around their country or region (and its universities and secondary schools) to acquire personal experience while also identifying young people with the means to finance their education. They should also attend trade fairs and other programmes allowing them to determine which country’s education system is the best choice for their students or future clients. They often work in networks and may operate several offices within a country: their collaboration with BME is based on a success oriented system specified in a contract. They primarily focus on fee-paying students: they receive a commission of 10% of the first-year tuition fee of every student who is successfully admitted and completes two semesters at the university. However, this amount is mostly symbolic as their work is very costly. They edit and print brochures and leaflets, prepare posters and go on student recruitment tours to nearby or more distant locations. All of them have websites in their native language and English; the sites maintained by the representatives may attract up to 70,000 visitors every year.

“Aspects considered when choosing a university do not only include the high quality of education and the likely acquisition of a degree accepted all over the world: if the weather is tolerable, living costs are reasonable, it is a safe place and the people are friendly, the student recruiter will recommend our university to future students,” said Valéria Balogh highlighting the importance of regular liaising with the representatives. “We would like to thank the faculty representatives for sharing their experiences. It sends a particularly important message to our foreign representatives that our colleagues also demonstrated their complete understanding of education management in their presentations. It was clear for the entire audience that our teaching staff will do their best to ensure that foreign students receive an education of the highest possible quality and feel fully comfortable at the university.”

This workshop may also reveal how important foreign students are for the university, what it does for them, what they are expected to do and how proficient BME’s teachers are in English despite speaking it as a second language. The representatives may also see, during the event, that the campus buildings are attractive and well-kept, conveniently located, easily accessible by public transport and are serviced by well-supplied nearby stores.

From time to time, the representatives attend professional events taking place in their home countries. On such occasions, the presence of BME’s Hungary-based representative may be beneficial, potentially reflecting the good collaboration with the university. “When I visited Cyprus, I presented in English and the local representative spoke Greek as we received questions not only from the students but also their parents,” the coordinator remembered adding that “the majority of the queries are usually not about professional matters but living costs, public safety and housing. It is a very effective and great way to work together for the university almost as friends. Our goals are the same: we provide prospective students with complete, precise and experience-based information.”

There are other Hungarian universities that work together with representatives abroad but BME has much more partners than most other universities. While in 2011 BME had around 20 collaborators, currently it has nearly 60. As they are not granted exclusivity to recruit students, several representatives may work within the same country. Naturally, there are other channels through which we receive students. The coordinator is often contacted directly via email or in person at various professional events and there are prospective students who apply based on the information about the growing selection of scholarships in Hungary, said Valéria Balogh.

Some of the representatives were not able to attend the meeting at BME as they were on student recruitment tours in their home countries or visiting an education fair or happened to be carrying out an admission procedure. “We will send them the information shared in the presentations so that they can be up-to-date. The invitation to the meeting was already a gesture from us: we want our representatives to feel that their contribution is important and highly welcome. The recent international festival of foreign students hosted by BME also attracted many people who gained an insight into which cultures meet at BME and how our students live and study in peace and harmony,” Valéria Balogh said in summary. (Editor note: bme.hu also reported on the festival of foreign students.)

At the end of the workshop, Adrien Rátkai-Füzesi, international director, concluded by thanking the representatives for their attendance and efforts while György Horváth, the workshop’s moderator, emphasized the importance of continuing their close and successful cooperation and requested their engagement in the recruitment process in which they could rely on BME’s support.