“We provide a home from home for our foreign students”

BME’s foreign students from 15 countries showcased the colourful culture of their homelands, giving an insight into their history and folk traditions in front of 400 guests.

“I see a lot of familiar faces in the room, but it is also nice to see so many visitors from outside of BME”. This is how Professor Krisztina László started her welcome speech at the International Carnival, organised for the second time in the ceremony hall and the corridors of Building K. After a brief introduction of the university’s history the rector’s advisor added: “over the years we have welcomed over a thousand young people from more than seventy countries. It is also nice to see the growing number of students studying at BME within the Stipendium Hungaricum scholarship programme and also to have more and more EU students choose our internationally recognised academic programmes”. 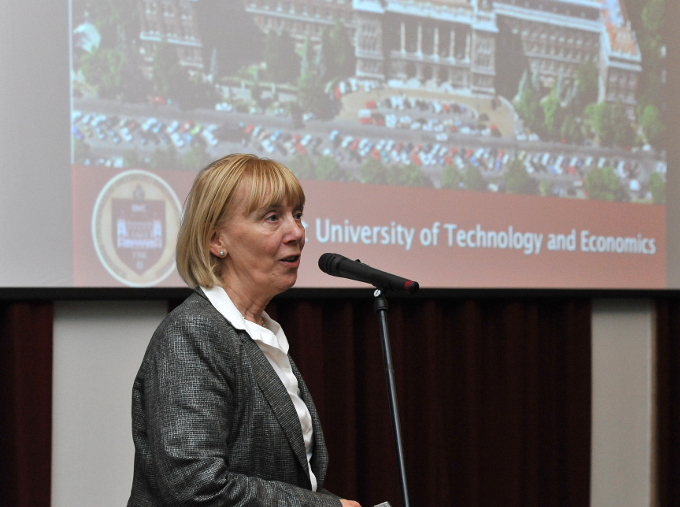 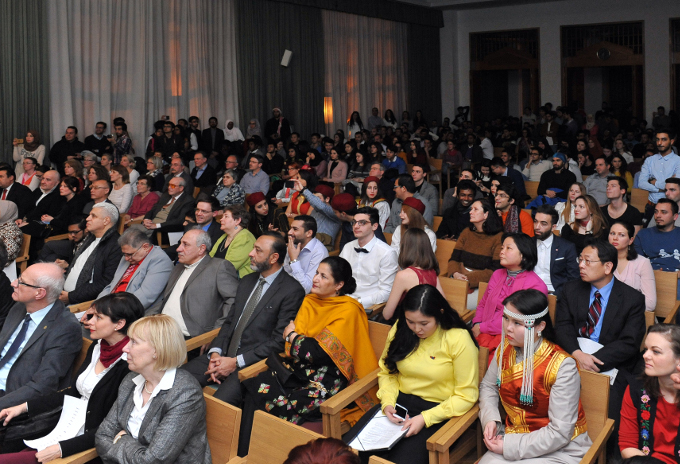 “I like to see a man proud of the place in which he lives. I like to see a man live so that his place will be proud of him.”, former US president Abraham Lincoln’s words were quoted by György Horváth, assistant lecturer of the Department of Environmental Economics at the Faculty of Economics and Social Sciences, who was the moderator and one of the organisers of the evening. He stressed: the BME event, held for the second time, provides an excellent opportunity for our international students to showcase their countries from the best possible perspective. 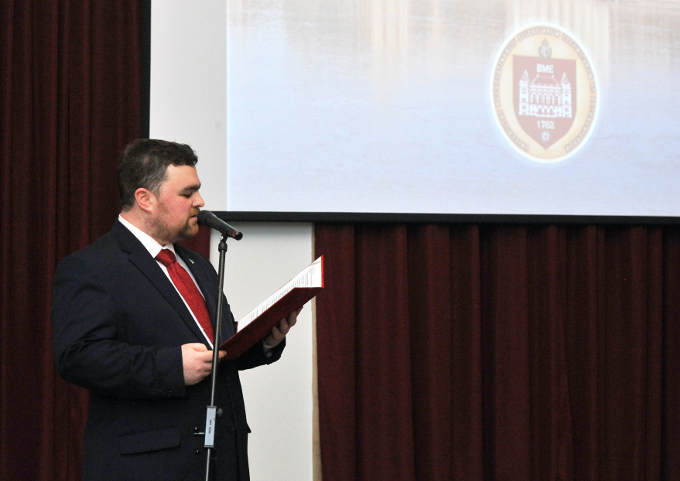 “Foreign students arriving in Hungary feel very lonely in the beginning, because they have had to say goodbye to their homeland and family. They have to make decisions and start a new life in another continent and cultural environment on their own. These are hard times for any young person, wherever he or she comes from”, coordinator for international affairs Valéria Balogh, who worked very hard in organising the festival for the second time, addressed the guests. “International students at BME have only one thing in common initially: they all want to study here”, she added. Representing the Department of International Relations (Rector's Office) she gave a short presentation on the series of events that led to the International Carnival: the Hungarian days, held at the university every year, which provide an opportunity for foreign students to get to know Hungary’s history, folk traditions, dances and cuisine, as well as the organised trips (e.g. to the Parliament, the Opera, Fertőd, Pannonhalma, Jósvafő, Eger, Pécs, Hortobágy, Zsámbék and Lake Balaton or even to Vienna.) 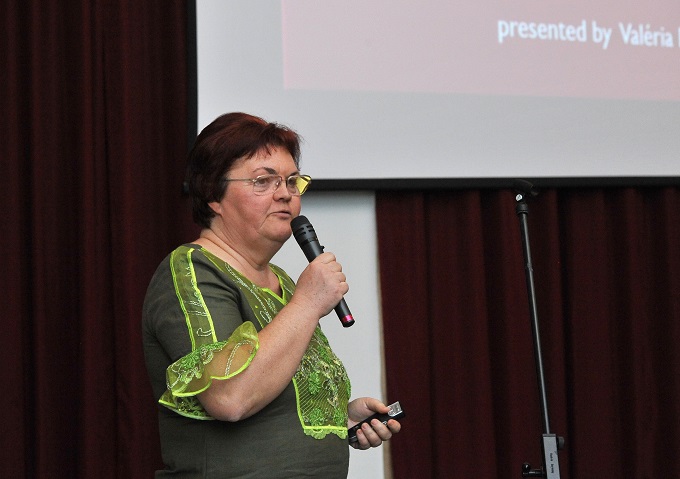 We would like to provide a home from home for every international student at BME, where they can find friends and new acquaintances, the festival’s main organiser emphasised. In her opinion: “apart from the differences, young people are able to notice a lot of similarities in each other, so they can change, adopt new habits and integrate. They can not only utilise what they have learnt in their respective professions, but also build bridges between each other and their countries”. Valéria Balogh thanked BME’s leadership for the opportunity to organise such a large-scale cultural event, attended by around 400 visitors: “the students truly felt that they mattered to the university”. She also expressed her gratitude to the embassies for their moral and financial support: for hiring a rehearsal room and providing information materials for the participants. She stressed: “these students can be very proud of being able to represent their countries at the event. They can be our most credible messengers, proving that the young people of this community, all the various nationalities, can help each other in such a natural way. 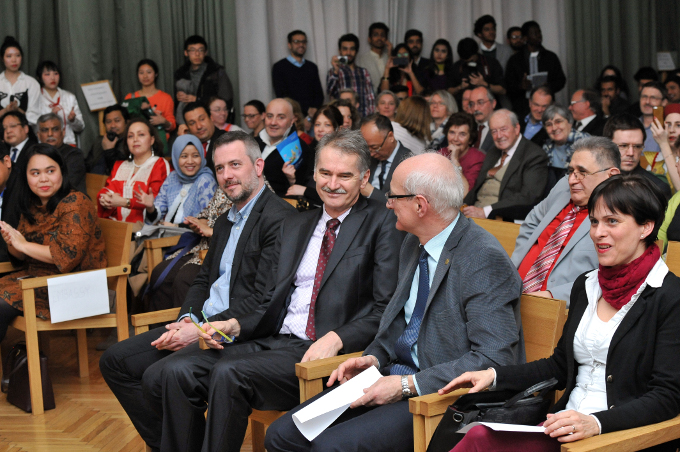 The guests were welcome again to sample the culinary adventures at the buffet in the lobby. They had the opportunity to taste dishes like Algerian couscous, Chinese Peking duck, Georgian wine, Indonesian sweet delicacies, Hungarian beef stew, stuffed cabbage and doughnuts. 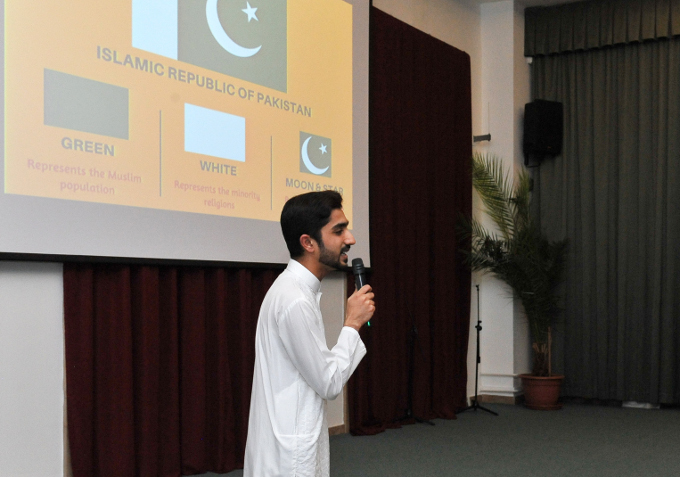 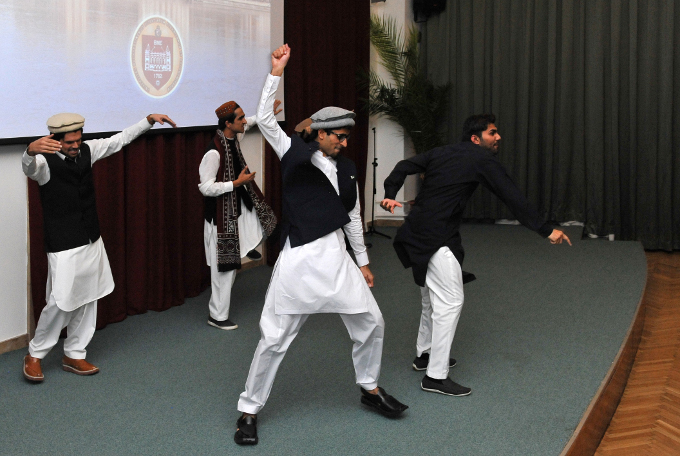 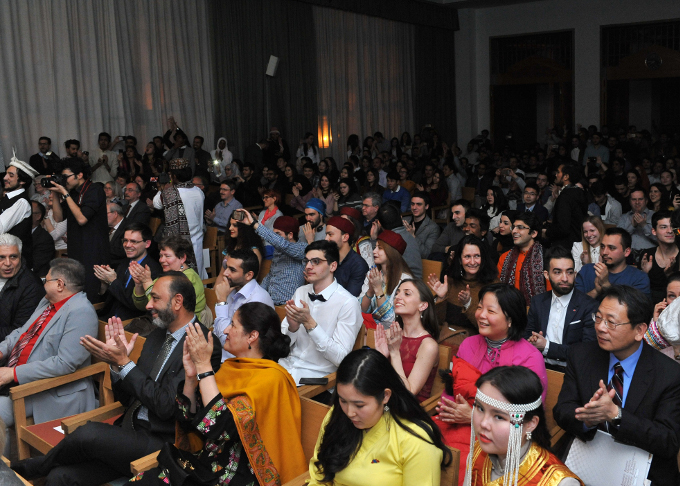 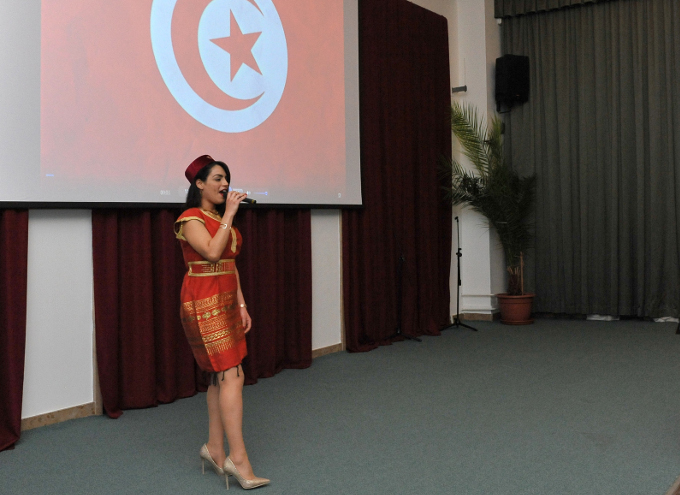 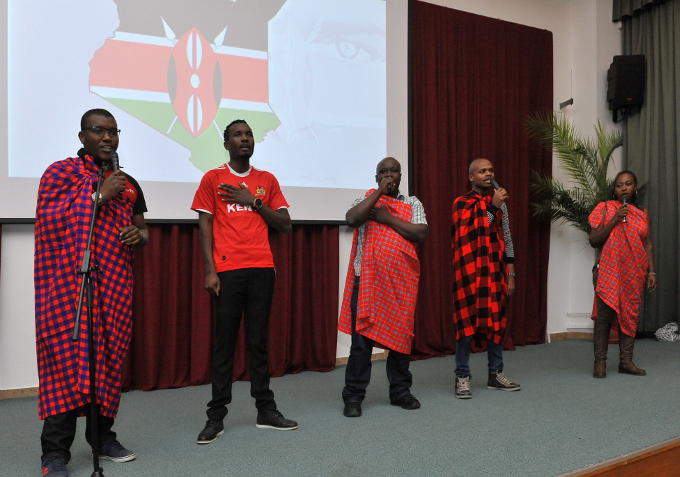 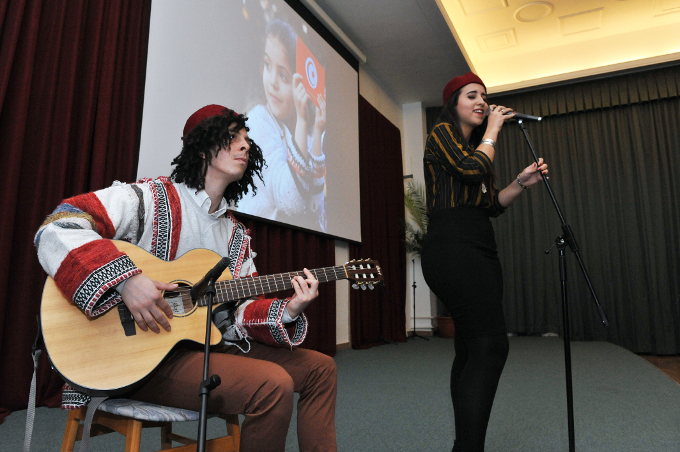 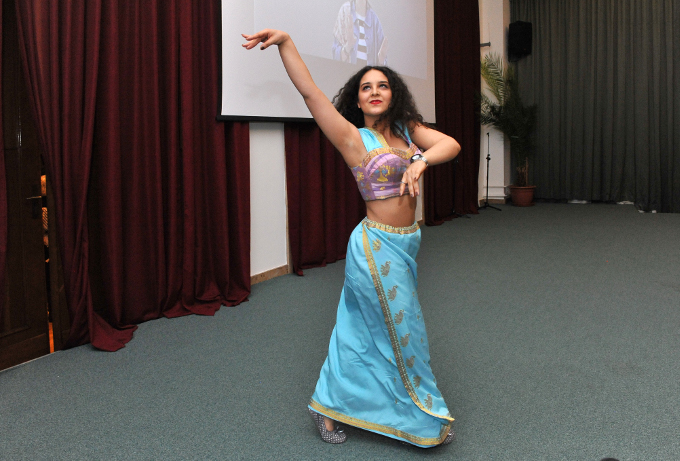 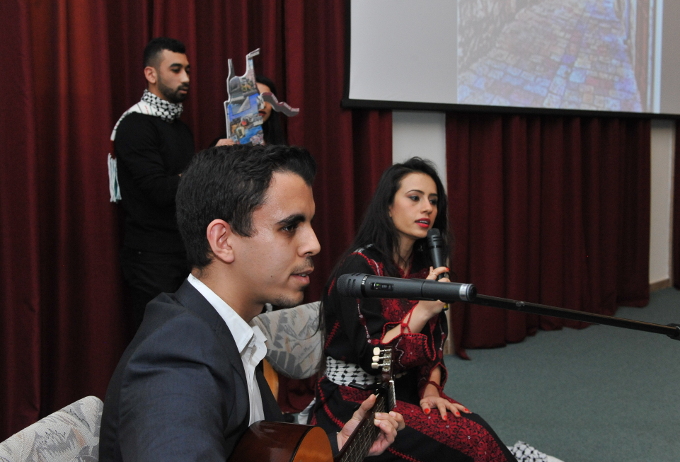 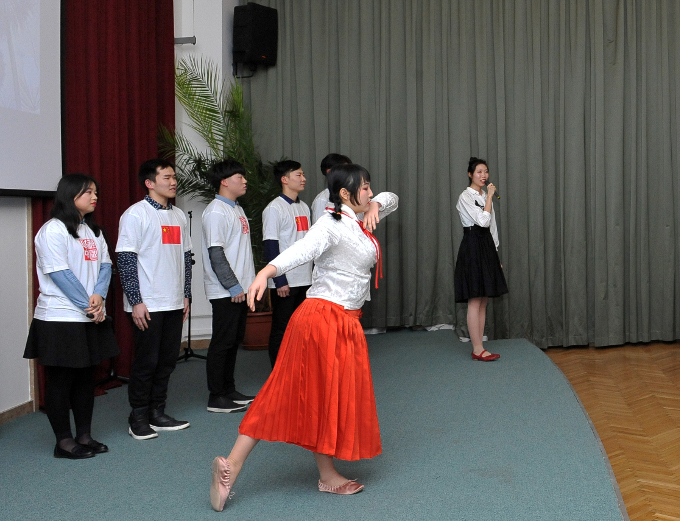 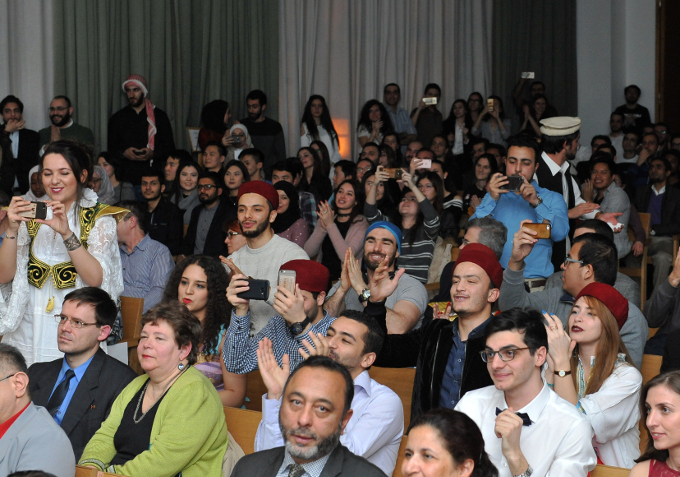 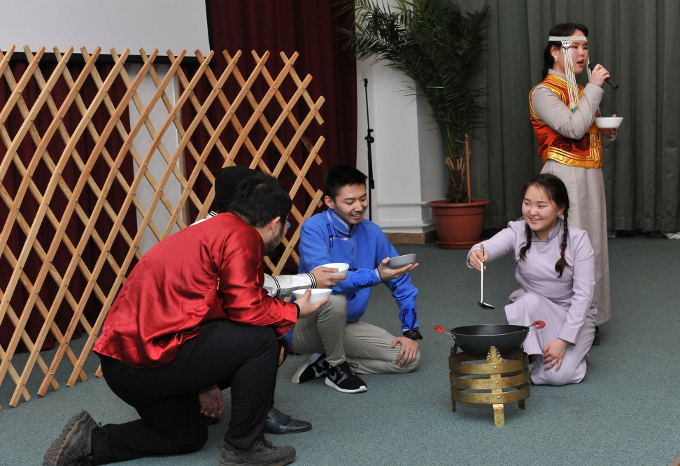 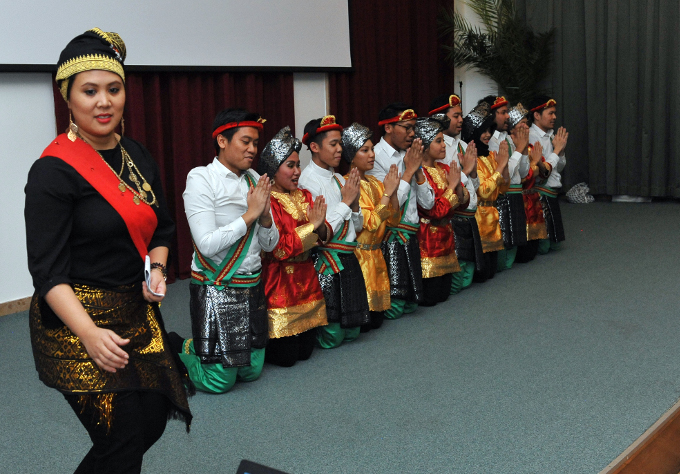 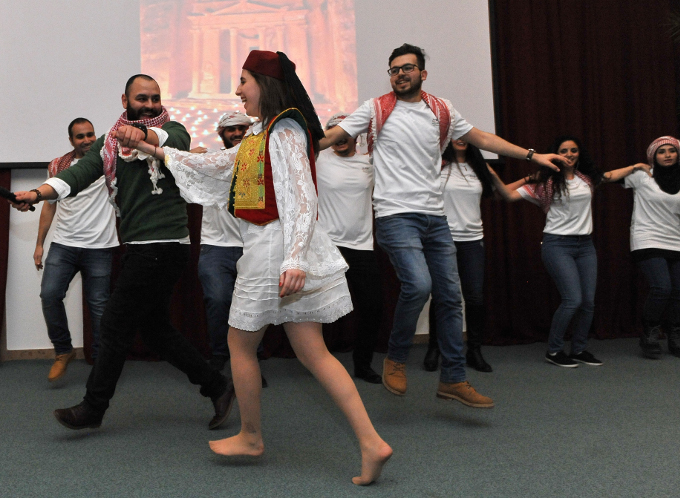 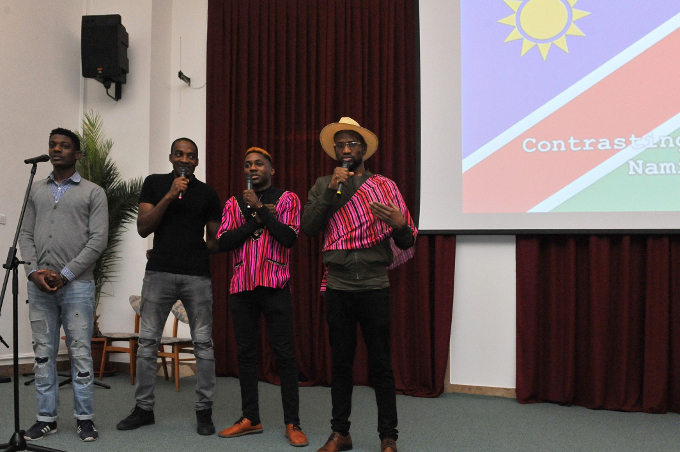 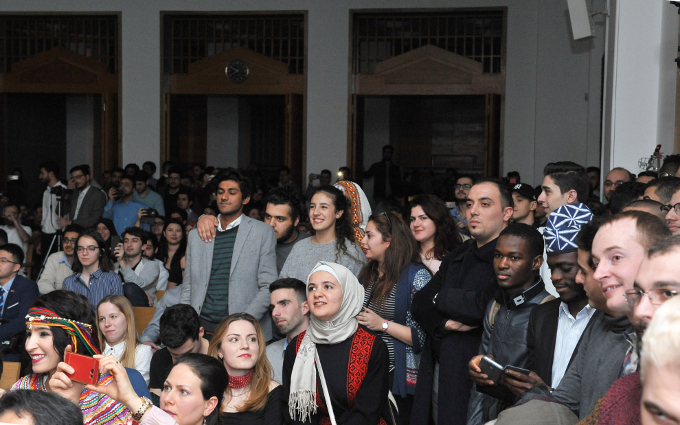 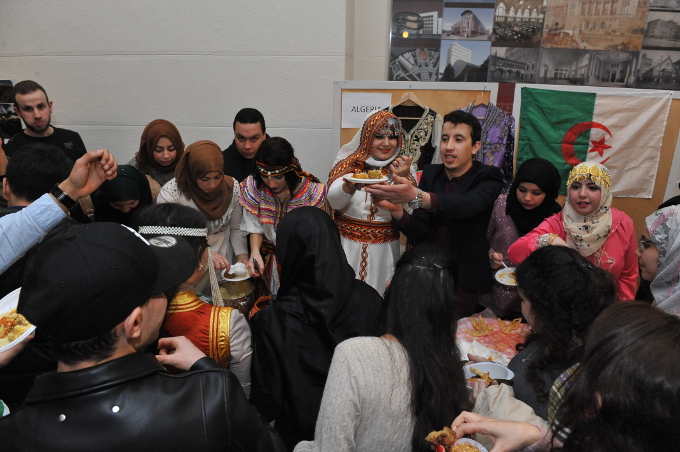 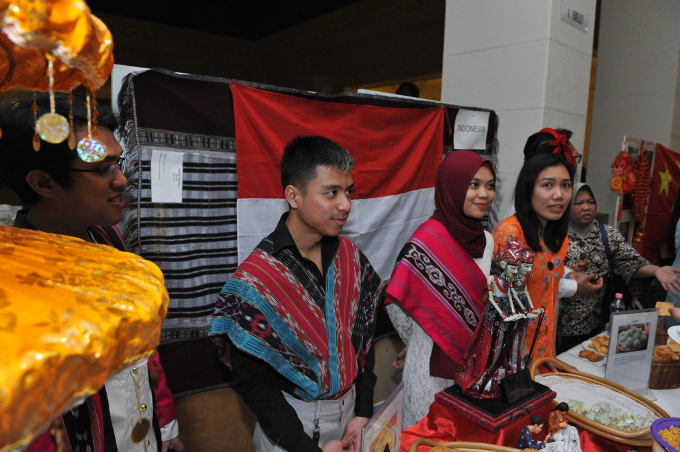 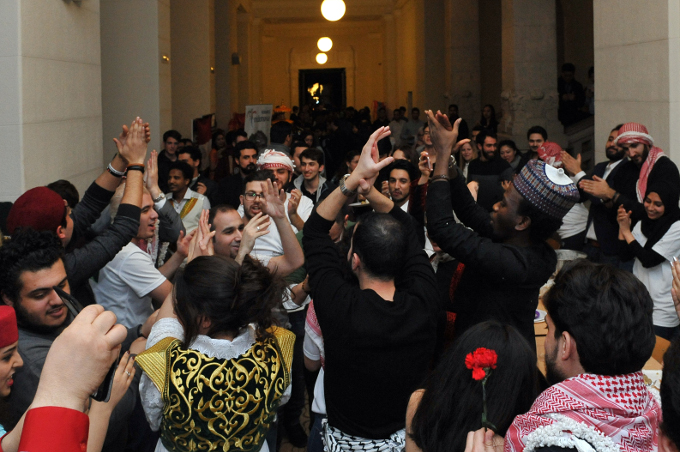