The new phenomenon discovered by researchers of BME may open a new horizon in photonics.

The research team involving scientists of the Institute of Physics of the BME Faculty of Natural Sciences, and Estonian, Japanese and Dutch colleagues have recently published their new discovery in the prestigious Nature Communications Journal. Hungarian members of the research team are István Kézsmárki,  Dávid Szaller , Sándor Bordács and Vilmos Koc sis. “

The phenomenon discovered may be illustrated by windows that allow you to see out but not see inside,” explained István Kézsmárki, associate professor, at present visiting professor at the University of Augsburg, leader of the research team. “If we want to use the window the opposite way - see in from outside – we have to turn the window around. The materials we examine have similar characteristics: they are transparent from one direction and absorb light from the other. The difference is – and this is the new discovery – that the transparent and absorbing directions can be reversed by magnetic or electric fields. Returning to the window-illustration, if we want the sunshine to come in in wintertime and the heat not to go out, we could simply reverse the transparent and non-transparent sides without turning the window itself.” 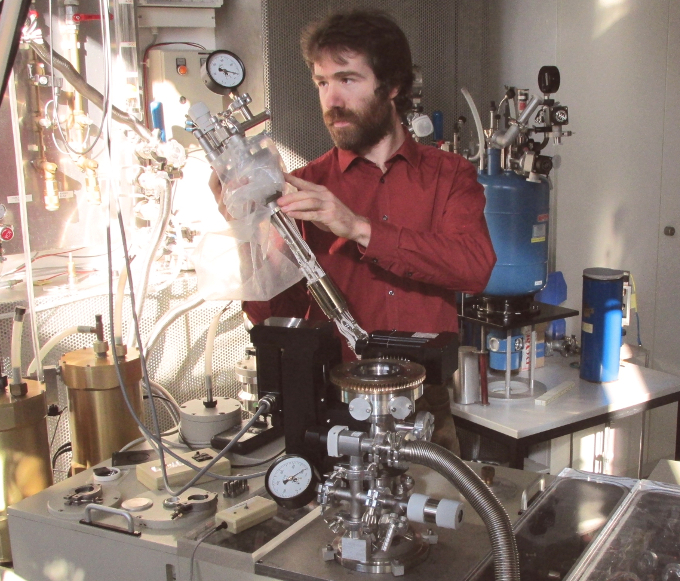 Research of the so-called multiferroic – ferroelectric and also ferromagnetic – crystals, which István Kézsmárki and his colleagues are experimenting with, got new impetus in the recent years when materials multiferroic on room temperature were discovered. These materials have special transparency and absorbing characteristics. In everyday life we often encounter with optical dichroism, when light in different polarization states travelling through a material experiences a varying absorption but the direction of the light rays does not influence the phenomenon. In case of multiferroic crystals researchers discovered that absorption varies according to polarization and also the direction of the light. “For the phenomenon we created the optical quadrochroism expression, which describes it clearly for scientists dealing with the subject,” added István Kézsmárki. “Quadro refers to the four combinations of the two propagation directions (forward or backward) and the two orthogonal polarizations of a light beam. Multiferroic materials see the four different states in four different colours.”

The innovation can be used in various forms in the future; primarily in the optical data processing technology. In the optical fibers information spreads as light or electromagnetic waves. When the sender and the receiver are far from each other amplifiers are included in the system, which increase the power of the signal but at the same time some of the signal power may be reflected back to its origin rather than being carried all the way along the cable to the far end, which hinders the operation of the system. In order to avoid this Faraday rotators or in other words optical isolators are used, which allow the transmission of light in only one direction. The materials examined in the present research programme may replace the existing optical isolators as they can be used as optical rectifiers; they can absorb the light reflected from the amplifiers. Another advantage of them is that the transparent and non-transparent direction can be changed so the sending and receiving ends can also be inverted.

Multiferroic materials can be used not only in optical devices but they are suitable for preparing new types of digital memories. Present hard disk drives use magnetic heads arranged on a moving actuator arm to read and write data to the surfaces. This process needs excessive electricity as the device is heated at the same time. The other solution is the USB flash drive-memory when information is written using electricity. Multiferroic materials possess both magnetic and electric features therefore their magnetic state can be reversed by electric field. „They have extended capacities, more information can be stored and what is even more important: the magnetic information is written in the material using electric field and not electricity,” explained the researcher. „Therefore the loss of energy can be reduced, the device would get less heating and there are possibilities for further miniaturization.” 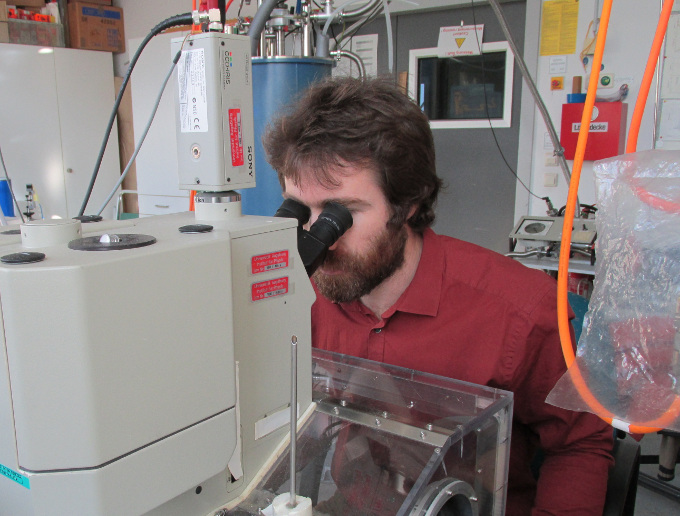 Multiferroic materials can be used as chemo- and biosensors to detect small amounts of protein. When cells, viruses or protein is applied on the surface of such materials they specifically activate the optical rectification function, which generates a measureable sign. (Sensorics are not a new field of science for researchers of the Budapest University of Technology; the bme.hu website reported earlier about the research programme on malaria diagnostics, which was lead by István Kézsmárki. At present the new diagnostic tool is being tested.)

In the past decade the fields of magnetoelectric memories and optical functions have developed significantly and there have been very promising prospects of new achievements in these areas of physics. “There is a great need for international cooperation because in Hungary we often lack the necessary infrastructure for research,” emphasized István Kézsmárki. “At present we are working with Japanese and Estonian researchers. Since I spent my postdoctoral period at the University of Tokyo I have had research cooperation with Professor Tokura Yoshinori, one of the co-authors of the article, who has been forecast to win the Nobel Prize. The principle idea of the research originated from us and the Japanese partner is producing the materials for the research. Professor Tokura is exploring the possibilities for magnetoelecrtonic memory applications, while my main field of research is the optical examination of multiferroic materials.” 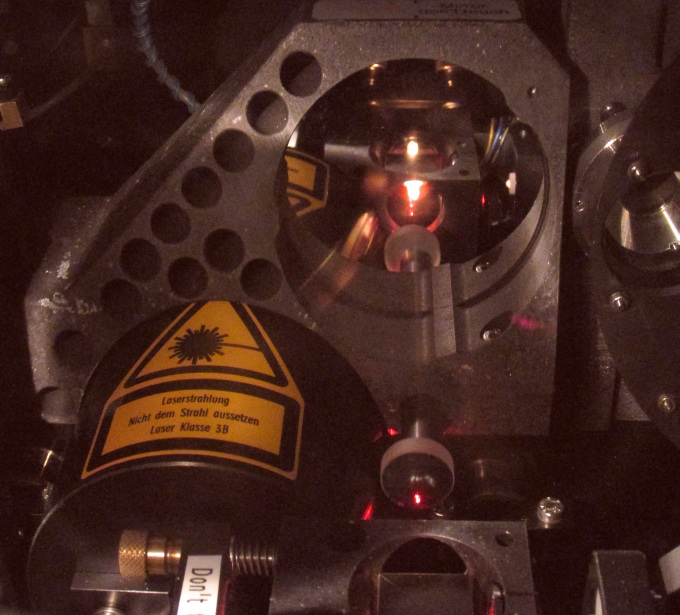 István Kézsmárki at present is a visiting professor at the University of Augsburg and is involved in research similar to the programme started at the Budapest University of Technology. His research team belongs to the leading ones in Europe. “In Germany there are better conditions for research, all the necessary equipment and technology are available so we can convert our ideas into reality in the University labs. Still I am not planning to stay abroad forever as the Budapest University’s excellent atmosphere in scientific work and  the talented students’ contributions have always been a great inspiration for me. I am applying for the Lendület (Momentum) Programme of the Hungarian Academy of Sciences and I trust that I can continue my research in Hungary in the near future,” summarized István Kézsmárki.