„My Children Feel and Understand my Affection for Hungary”

„When we first got out from the airplane in Budapest we were surprised that the language here is not English. We knew nothing about Hungary. At that time I could not have imagined that in 30 years I would represent Hungary in my home country, Tanzania as a Honorary Consul,” Obedie Solomon Kimaro, former civil engineering student, remembered the beginnings. 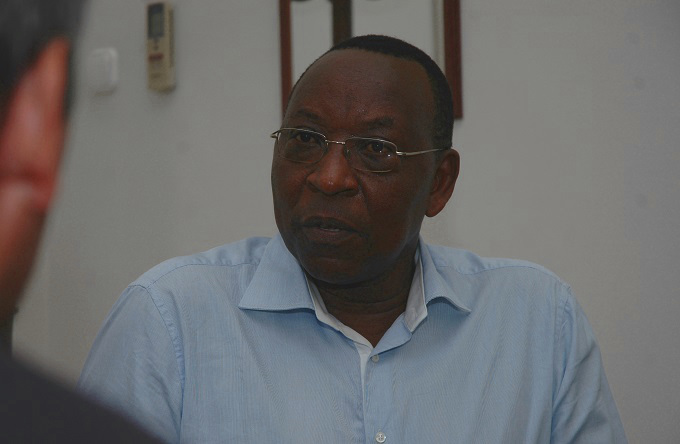 Solomon Kimaro started his university studies with Hungarian state scholarship in 1977. From the 1960s – in the framework of assistance programmes from socialist countries to developing countries – hundreds of talented African students received scholarships. Their knowledge proved huge asset in their home countries, which were short of well-trained professionals. Many of these students settled down in Hungary but most of them, like Kimaro, returned to their countries.

„Between 1977 and 78 I was studying at the language preparatory institute to be able to take admission to the University of Technology and finally took a successful exam,” said the Consul, who can still speak Hungarian fluently. „I could make the best use of the time spent in Budapest because I received a lot of support from my professors, Hungarian families and fellow students, most of whom I am still in contact with. I return to Hungary to take part in the university reunions in every five years and I am close friends with László Dunai, my old university fellow, who is the Dean of the Faculty of Civil Engineering. We attended the engineering mathematics training together as well.” 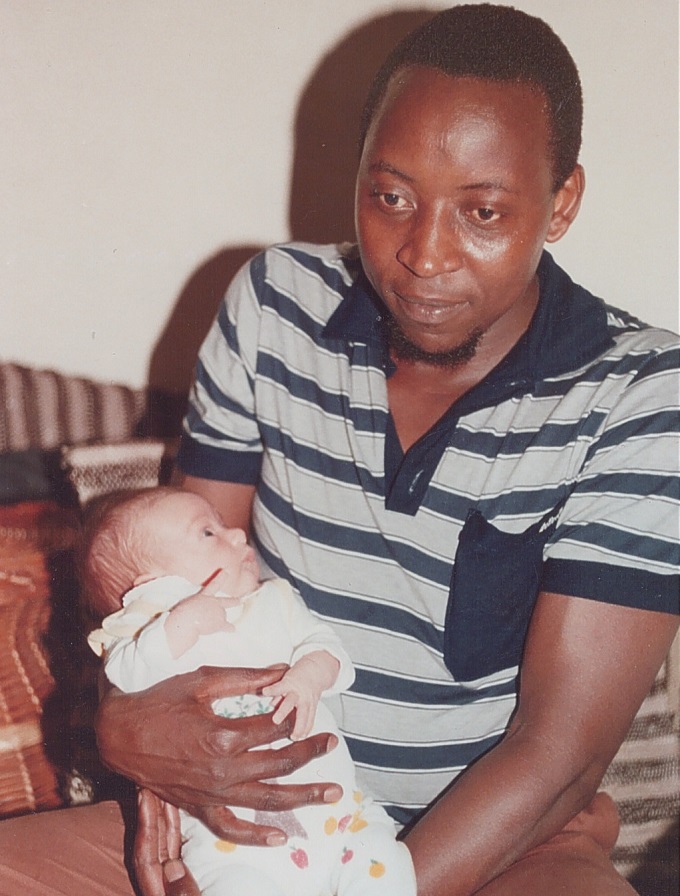 The young engineer returned to his home country after staying in Hungary for seven years and worked for a state architectural engineering institute for four years. He is absolutely convinced that his knowledge obtained in Hungary paid dividends in Tanzania. „I can proudly say that my knowledge and skills were equal to any other colleagues with university qualification. I have to add that I worked for engineering companies in Hungary where I obtained very useful practical skills that were highly needed in Tanzania. In that country a company manager works much more individually and a lot of effort is needed to solve problems.”

The Consul also told us that he was not satisfied with the projects and commissions that he was given at the state institute therefore he and a colleague founded an independent company; today it is one of the largest architectural engineering and construction companies in Tanzania. Among several other professional prizes and awards the Best Local Emerging Contractor Recognition Award 2005 was presented to them by the Contractors Registration Board of Tanzania. The company has 400 employees on average but in case of special, large contracts the number can go up to 600. They design and construct public buildings, roads, schools, in many cases in cooperation with foreign companies.

Solomon Kimaro did not return to his home country on his own: in Budapest he met his wife, Eunice, who was also a student at that time from Tanzania at the Semmelweis University of Medicine. „I came here to study in 1983,” tells Eunice Kimaro, who works as a physician, currently in an AIDS programme of an American company. „In that year I was the only student from Tanzania; members of the Association of Tanzanian students met me at the airport and they took me to the language preparatory course. I met Solomon a few days later; he was very kind and supportive to me, he helped me a lot so that I could settle down in Budapest and also learn the language. We became a couple, lived together and got married later in Tanzania.” 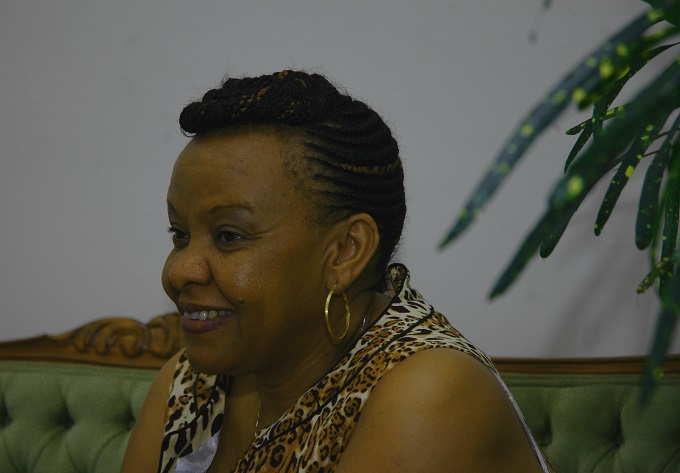 The couple happily told us that their contacts with their Hungarian friends and the other Tanzanian students are still alive; from time to time they meet even in their own country. “A very good friend of mine was the late Zoltán Berey, Hungarian Consul for Commerce, who made huge efforts to improve commercial links between the two countries. He offered me the Honorary Consul position because he was aware that I am grateful to Hungary and I would like to help as much as I can,” remembered Solomon Kimaro.

Honorary Consuls’ responsibilities include supporting Hungarian companies in local or international business initiatives but tourists also contact them when they get into trouble. Extended social network and good personal contacts are especially valuable in Africa and a contracting company’s owner meets a lot of businessman and politicians through their work. After graduation in Hungary others have also made outstanding careers; some has become minister of health and later secretary of war. Another person runs a dental clinic and one of the regional directors of the World Wild Fund also studied in Hungary. „This network of former students should be utilized much better,” says Solomon Kimaro.

The couple return to Hungary normally each year to see friends and also to meet consular obligations. One of the important issues of this year has been to initiate the cooperation between the University of Technology and Economics and Kimaro’s company in Tanzania. „We have been planning to receive students from Hungary for practical placement. Many people are concerned about circumstances in Tanzania but we are able to meet international project requirements. Students can learn how they can work and progress in Tanzania; with personal experiences this is not so difficult at all. In the African continent there are Japanese, Chinese and German colleagues as well, so Hungarians should also join the „team”. I trust that we can work out some feasible cooperation; in a developing country there is always something to build and I would be happy to see that Hungarian companies can also use the opportunities,” emphasized the Consul. 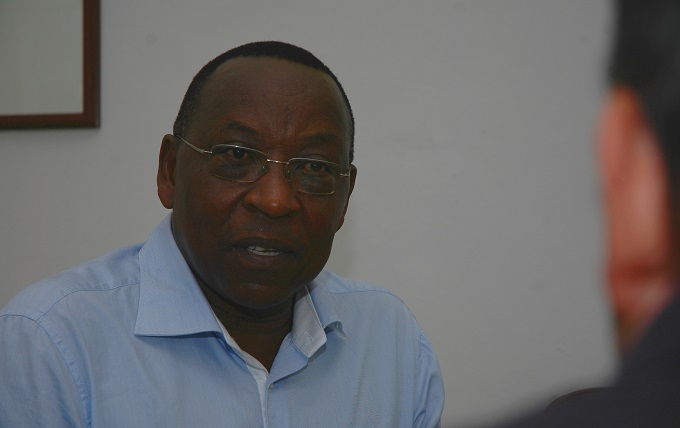 The other important target of this year’s Budapest visit was to arrange Linda, the Honorary Consul’s daughter’s enrolment at the Faculty of Civil Engineering of BME. The young lady is following her brother, Kevin, who is in the second year of the English language programme. Kevin Kimaro has adjusted to Hungarian lifestyle very well and studies hard. He has not decided yet if he would join his father’s company after graduation or would prefer to set up his own company. The Kimaro family was very happy when they learnt about Linda’s admission to the University. A women studying at a technical university is much more exceptional in Africa than in Hungary. “According to my experiences at the University of Technology and Economics relations between teachers and students are excellent,” explained Solomon Kimaro. Our professors treated us almost as their own children and they knew how to help us study the subjects. We know Hungarian people well and we find Hungarian culture very appealing. Our children can also understand and feel our affection and they are happy to be here. It is heart-warming to see the continuity: my son, Kevin took exams with Professor Imre Bojtár, who used to teach me as well.”