A prestigious award of ASME is given to Gábor Stépán, Professor of the Faculty of Mechanical Engineering of BME for his outstanding practical, research, teaching, and leadership qualities.

The Thomas K. Caughey Dynamics Award is an award given annually by the Applied Mechanics Division of American Society of Mechanical Engineers (ASME) to Mechanical Engineers with outstanding results in the field of nonlinear dynamics. This year the award is given to Gábor Stépán, professor and leading researcher, former dean of the Department of Applied Mechanics. The award will be presented at the AMD Honours and Awards Banquet, during the ASME International Mechanical Engineering Congress and Exposition, to be held in Houston, Texas, in November, where he will make a plenary presentation according to the traditions. In 2015 BME will be included in the list where senior professors of dynamics of VirginiaTech, MIT, CalTech, Princeton, Cornell, Stuttgart and Urbana-Champaign are already present – as the communication of the organization emphasizes. 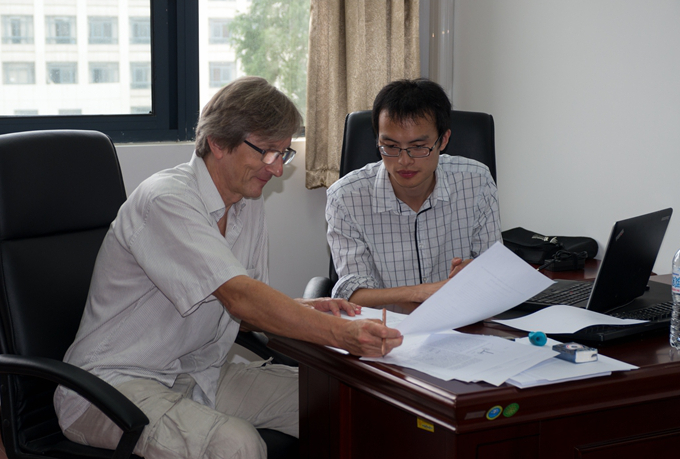 With a young researcher (Resource: skl.nuaa.edu.cn)

As the laudation expresses the award is given to the Professor of BME in recognition of his contributions to the field of nonlinear dynamics and vibrations with particular application to mechanical systems governed by delay-differential equations and for his dedication to research mentorship, dynamics education, and professional leadership. 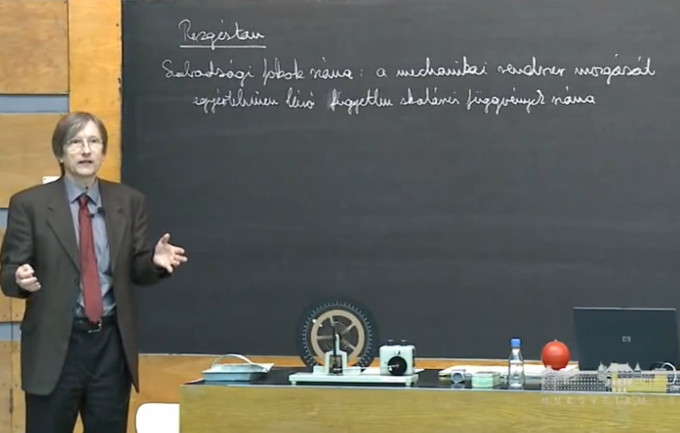 Excerpt from one of his presentations (Resource: bme.videotorium.hu)

The newly awarded Professor told bme.hu that it is a special honour for him that he had the opportunity to meet Thomas K. Caughey, professor of dynamics of CalTech in Pasadena, California in 1995. He also added that it is a great feeling to review the names of the awardees and be included in this list because he has always respected their professional achievements. 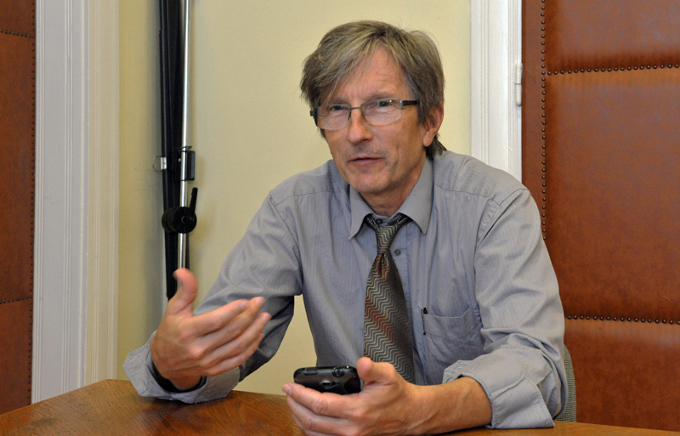 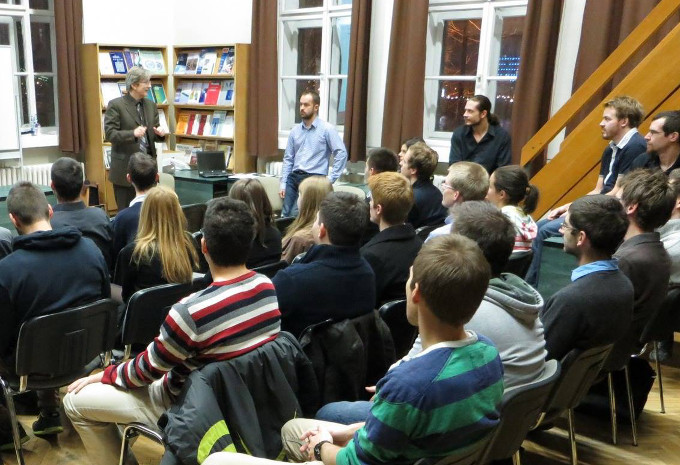 At last year’s award ceremony of the Everyday Mechanics Photo Competition with his students (Research: Facebook page of the Department of Applied Mechanics)