Twenty-five students received their degrees upon graduating from the English based programmes of the Technical University.

"Two components are decisive for a good diploma: good teachers and a good student", said Károly Veszprémi, vice-rector for education welcoming the graduates of the English language degree programmes.  "You have shown, your degrees being the very proof, that you have been excellent students: you have worked hard over the past years to perform well in tests, you have had to give your best in the labs, write and defend your theses, and study for your final exams." 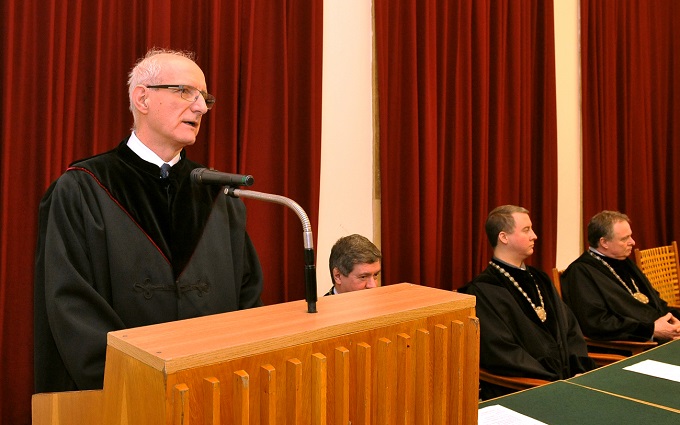 "You have paid the price to attain your degrees, but the energy you put into it, the efforts, and yes, the tears when you faced difficulties that seemed insurmountable pay off eventually" , emphasized  Georg Jürgen Tepfenhart, speaking on behalf of the non-graduating students. He added that the reputation of "a degree with the logo of such a famous university" is validated internationally by the work of generations of engineers having graduated from BME. 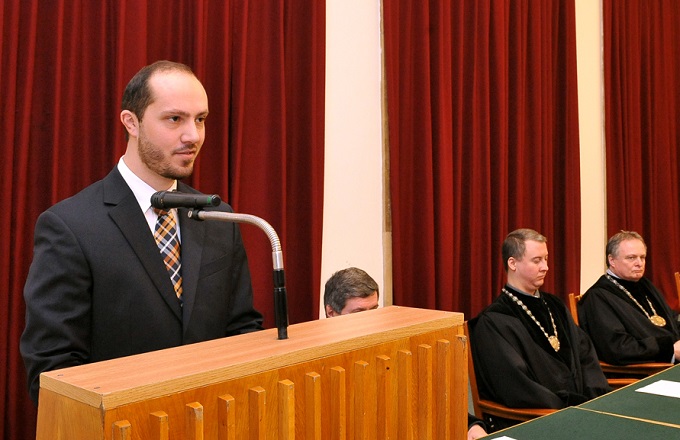 "When I look back at the first semester, it all seems like yesterday. We had a hard time getting used to our studies, the class schedule looked like something we could never keep up with", Kevin Obeide Kimaro, having just received his BSc in civil engineering shared his memories of the beginnings saying farewell on behalf of the graduates. 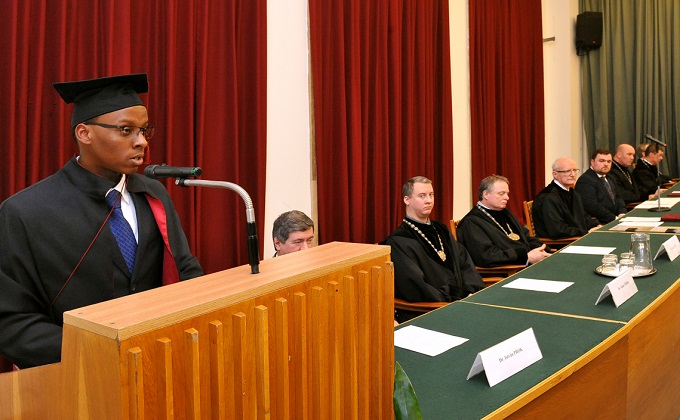 "I felt helpless until I discovered that this short lived feeling was something that helped me make so many friends. Some of whom turned to be very close friends", added the "second generation" civil engineer: his father, Solomon Obedie Kimaro, Hungary’s honorary consul in Tanzania had graduated from BME as a scholarship holder of the state (editor’s note: for our interview with him click here).  "Back then I used to approach a task with fear. I had the fear of failure. All this changed in my second year. I had learned an important lesson. ’Whether I do it now or do it later, the information regarding any task at hand was never going to be enough’", disclosed Kevin. 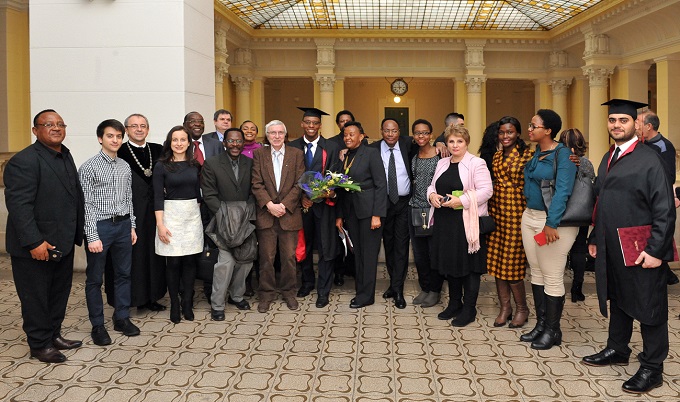 The certificates for outstanding academic performance were handed out to Hoang Trung, Kellou Walid, Harry Otelemate Gaibo, and Saman Rajaei by the leaders of the respective faculties.

"The skills you have acquired from the years of hard work and diligent study at this great institution will be of immense benefit to you for the rest of your careers",  Harry Otelemate  Gaibo addressed the audience on behalf of the awarded students. "The world is looking for people like you and me, to harmonize theory and practice, and bring about change and innovation." 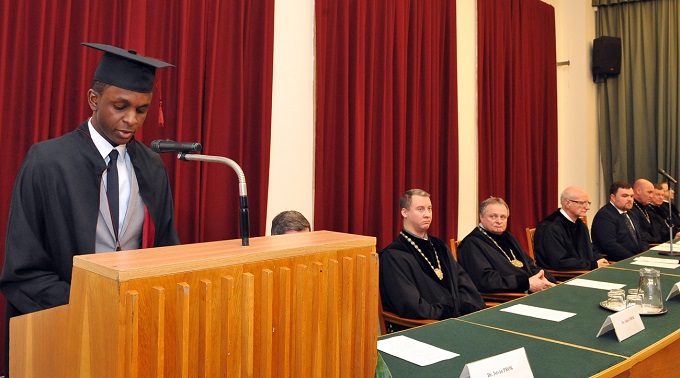 A "green degree" certifying that the holder completed optional courses in connection with environmental protection was given to civil engineer Al-Jassani Azhar Abdulkareem Majeed by presiding chair György Horváth. 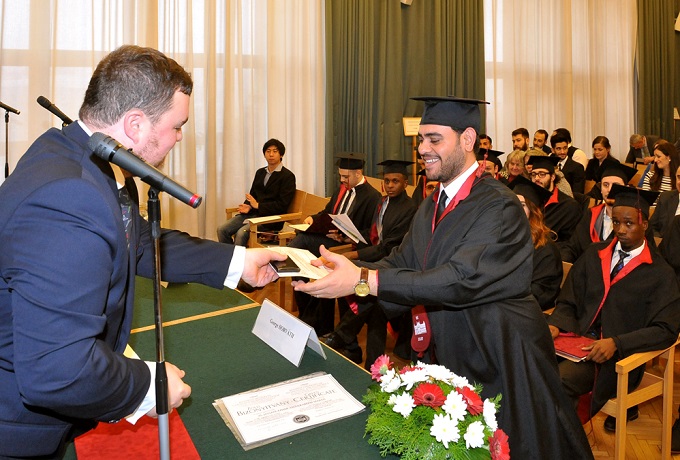 Faculty of Electrical Engineering and Informatics: