E-bike for faster and more comfortable commute to BME

Sustainability Day organised by the Faculty of Transportation Engineering and Vehicle Engineering within the MOVECIT project to focus on environmentally friendly transport.

“Our experiences show that people can be encouraged to change their commuting habits more efficiently by offering them the chance to try newly developed vehicles”, Domokos Esztergár-Kiss, Senior Lecturer at the Department of Transport Technology and Economics (KUKG) of BME’s Faculty of Transportation Engineering and Vehicle Engineering (KJK), international coordinator of the MOVECIT project and the main organiser of KJK’s first Sustainability Day told bme.hu. 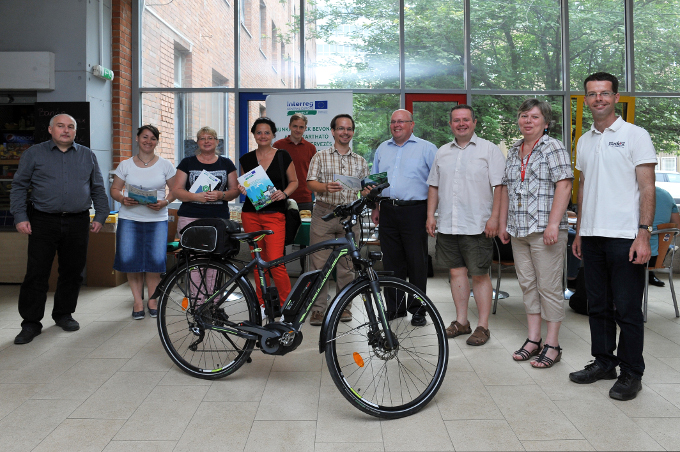 The first Sustainability Day, aimed at promoting sustainable mobility, was held in the assembly hall of the St building and organised by the Faculty of Transportation Engineering and Vehicle Engineering with the help of colleagues involved in the MOVECIT project. Those interested in the programme had the opportunity to learn about the mobility plan, specifically developed for the faculty’s staff, as well as the best available cycling and walking routes. The informal meeting also included a “bike and breakfast” event and those arriving by bicycle received a gift. 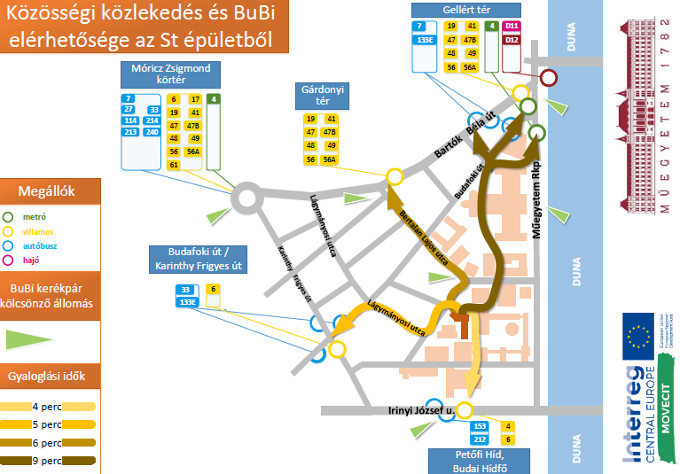 “During the project we conducted surveys in three locations in Hungary in order to identify the mobility problems of employees: in the small-town environment of Békéscsaba, at the site of the Centre for Budapest Transport (BKK), located in the heart of Budapest and on the university campus of the Faculty of Transportation Engineering and Vehicle Engineering. Mobility plans were drawn up for all three locations, which included proposals for measures to make commuting easier, such as organising awareness campaigns, installing showers for cyclists, purchasing a number of bikes for staff, installing e-bike charging stations and organising transfer services”, explained Domokos Esztergár-Kiss.

“It was crucial not to come up with the mobility plan by ourselves, but to ask the opinion of our colleagues, so we established a so-called mobility team, which also considered economic and HR-related factors, as well as the operational aspects of the university”, emphasised the young lecturer. The 8-strong mobility team (comprising the vice-dean for finance, the heads of three departments, colleagues from several departments, PhD students and one staff member from the division of operations) held regular meetings to discuss the steps of the mobility plan and the planned measures. 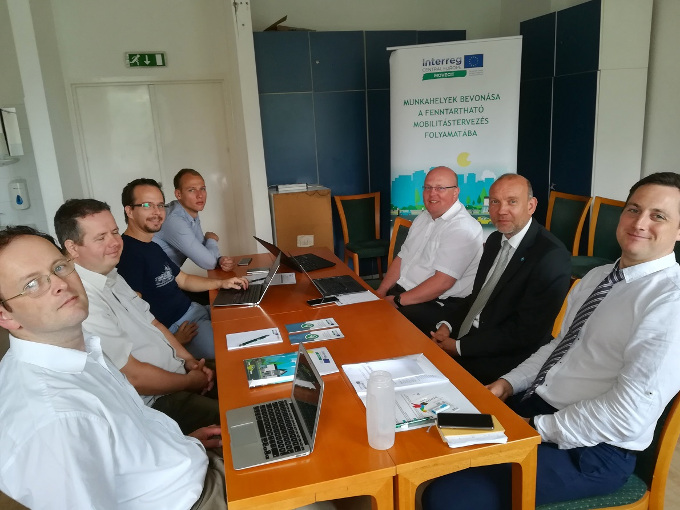 At the Sustainability Day participants voted for the measures they wished to see implemented, such as more bike shelters, additional changing facilities, public transport passes for the departmental staff or the reorganisation of the parking system. 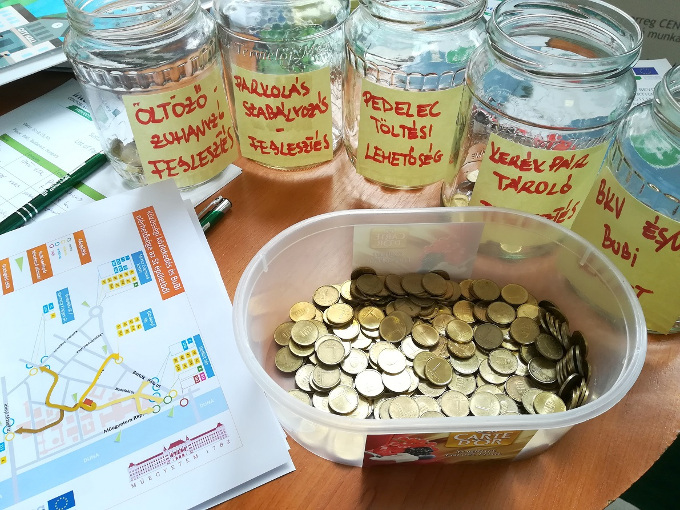 The programme also included the opportunity to test the so-called pedelec bicycles. The pedelec needs to be pedalled, but the rider’s pedalling is enhanced by an electric motor, in the case of this particular model by 250%. The charging time is 4-5 hours and its range depends on the speed, but it can be as much as 90 km. Domokos Esztergár-Kiss brought the example of the department’s associate professor, János Tóth to describe the advantages of the bike. He rides the e-bike from relatively far away, covering a 20-km distance to commute to work. “This pedelec can be used wearing ordinary clothes, even a suit, because it can be pedalled very easily, without the cyclist even breaking sweat”, stressed the researcher.

„Our goal is to encourage our colleagues and the wider public through smaller steps, rather than in a single large campaign to not use only cars for commuting”, emphasised associate professor and KJK’s vice-dean for finance Péter Mándoki when interviewed by bme.hu. 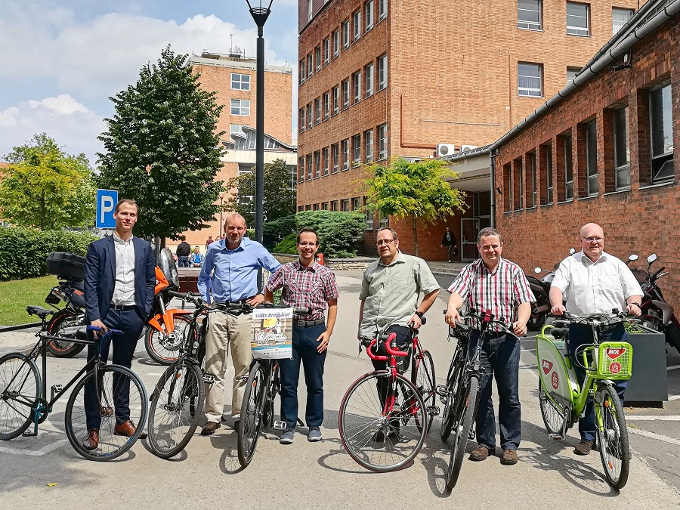 As the first smaller action, some staff members of the department took part in the “Cycle to work!” campaign, many of them collecting the kilometres covered by bike, which totalled nearly 2,000 km in one month. The professor talked about the importance of motivation: “the aim is to have sustainable transport in a large city. Due to frequent traffic jams, transport in Budapest is often catastrophic. In addition, it is not possible to create more parking areas in urban spaces which were established a long time ago. It would be better for everyone if we hopped on our bikes and cycled to work every now and again”.
HA - GI