“I admired the French language and culture as a child and Francophonia became an important part of my profession and my life. I am fortunate enough to do what I absolutely love”, admitted Mária Perger, director and coordinator of the French-language MBA programme at BME’s Institute of Continuing Engineering Education after being awarded Officer of the Order of Academic Palms by France for her achievements in teaching the French language and fostering French-Hungarian cultural relations. She received the prestigious international award from Eric Fournier, French ambassador to Hungary. 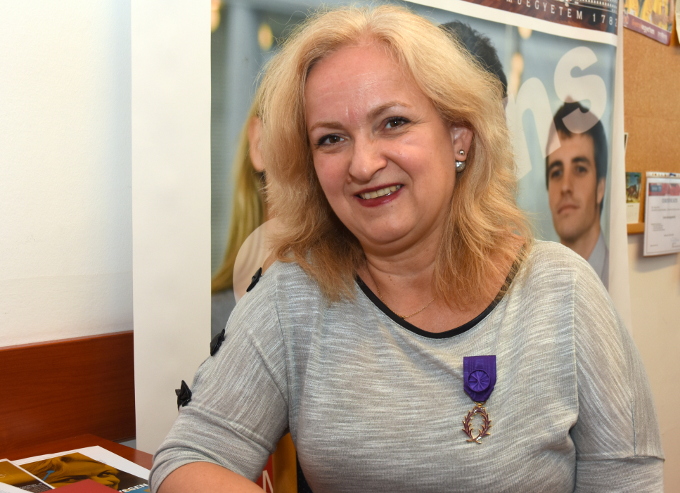 “My family played a pivotal role in piquing my interest in the French language and culture, which I grew to like very early on. As youngsters they adored singers like Edith Piaf, Gilbert Bécaud and Charles Aznavour, so whenever the rare opportunity of a friend travelling to the “West” arose, they always asked them to bring back some French records as a present. These rarities and my family’s love of France turned me into a Francophone”, described Ms Perger her memories from some decades ago, when she was introduced to the language.

She started to learn French in Eötvös József Secondary School in Budapest. After graduating from the school she went on to study French at József Attila University in Szeged. During her studies she won a scholarship to Paris and later she worked as a tourist guide in the French capital and also in Greece. In 1990 she got a job as a French teacher at BME. “I have fond memories of this period and my students. During the four years of their higher education studies, with only two French classes per week, I helped most of them pass their intermediate language exam”, she said recalling her early successes at BME, adding that she always had a good relationship with her students, often organising Latin-themed evenings, watching films together and socialising outside of the classroom.  The big change came in 1995 when she was asked to teach business French at the French-language MBA programme, of which she became the coordinator two years later. Due to her commitments she has less time to teach these days.

“Professors from Lyon on our doorstep”, highlighted Mária Perger one of the special features of the MBA MAE programme, referring to the fact that distinguished French academics from Université de Lyon’s Institute of Business Sciences arrive at BME to give lectures. The students, she continued, are mostly first-time master’s students from any of BME’s faculties, people just starting their career and those in middle or even top management who choose to come back to study. She stressed: “the aim is to systematise and expand their existing knowledge and take it to the next level by discussing practical case studies from the corporate environment. 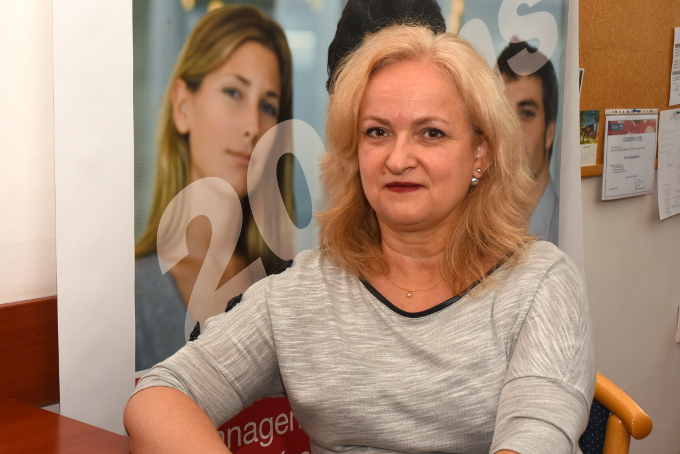 The awardee also highlighted that the French-language MBA at BME’s Institute of Continuing Engineering Education is the only French-language programme in Hungary which incorporates the characteristics of both the full-time and adult education programmes. She explained that the uniqueness of this MBA programme was that any kind of first degree is accepted during application and it can be taken simultaneously with other master’s programmes. Applicants, however, are expected to have passed the subjects of the first year of their master’s course, be able to speak French and be motivated. They must prove all this during an admission interview.

Mária Perger recommends the master’s programme for students, career starters and professionals who wish to systematise their knowledge, advance in their current positions or want to learn more about new fields of interest. The award-winning professor is proud to see year 22 completing their studies in 2018 and see year 24 starting theirs at BME’s French-language MBA MAE programme. Members of the ever growing alumni network have good connections with current and former students. “We have over 400 alumni members. They stay in touch with the school even after graduating. The patron of this year’s graduation ceremony was Eric Fournier, French ambassador to Hungary, and the ceremony was held at the residency of the ambassador”, she explained.

The recipient of the prestigious award also explained that this was a fee-paying programme, but young people are encouraged to apply by being offered different fee tariffs (Master 2, career starter, etc.). There are around 15 students per year, so there are ample opportunities to discuss case studies in a small group. Exam questions are often existing cases from the corporate world, which students need to solve just like in “real life” situations. Part of the curriculum is covered in joint classes, where students from consecutive years can share their experiences with each other. As Ms. Perger put it: “the groups are very diverse, we have engineers, lawyers, medical doctors, philologists and economists sharing their thoughts and views in the classes, which is another added value in addition to the practical approach we provide”.

“French is the third most popular language in the world and also in BME’s language courses. With Brexit approaching, there will be no EU country with only English as the official language. So we have a good chance of French becoming more prominent as the language of diplomacy”, explained the director. “The knowledge we provide can be a very valuable asset in the business environment both in Hungary and abroad”, said Mária Perger.

Applications for the year starting next autumn can be sent by 5 September 2018 to  maria.perger@mti.bme.hu