BME researchers’ success in the study of thermotherapy and superconductors

“Our experiments led to new conclusions in a popular domain of modern materials science and a related interdisciplinary area. These are application-oriented scientific achievements, which can be utilised in medical science, electronics, the defence industry or even in space exploration in the long term”, explained Ferenc Simon, deputy director of the Institute of Physics at BME’s Faculty of Natural Sciences, professor of the Department of Physics and head of the MTA-BME “PROSPIN” Lendület Spintronics Research Group about the work of his team that reached its first milestone. 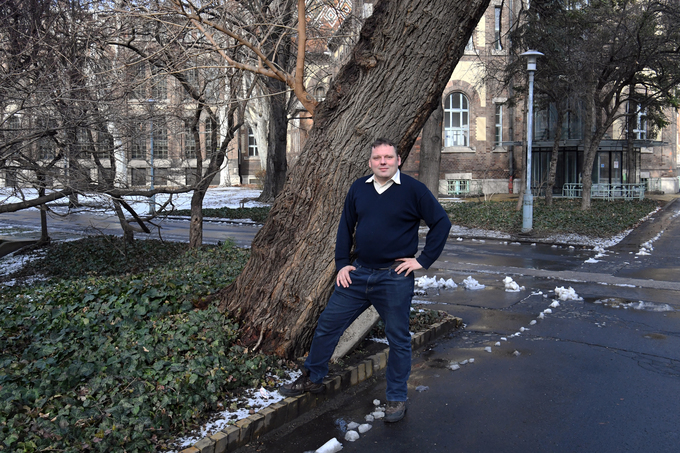 Contrary to general expectations, microwave loss in superconductor samples increases significantly compared to the normal state of a metal material when placed in a magnetic field of 1tesla. The figure illustrates the so-called vortex motion, generated in the superconductor sample, responsible for the observed phenomenon.

Ferenc Simon brought practical examples to illustrate the importance of the subject: “when a microwave oven is built, it is important to keep the microwave radiation inside the appliance, otherwise long-term exposure to such radiation could be harmful to our health. That is why the development and research of microwave absorbing materials is important. The defence industry is another area for use: an important criterion for stealth technology in aircrafts is to be able to absorb, rather than reflect electromagnetic radiation”. The BME researcher pointed out that their recent findings should be considered a significant achievement, because “our success is also down to the hard work of our enthusiastic young researchers, who are fully committed to the group’s tasks, as well as our talented and curious students, who are the driving force behind new discoveries”.

The “PROSPIN” research group also had pioneering results in the peripheral areas of medical science and physics. The aim of thermotherapy is to complement mainstream medical therapies in the treatment of oncological patients by heating malignant tissues and thus helping to destroy cancer cells. During the procedure the metabolism of malignant cells increases, which means that the efficiency of tumour therapy is improved. “This method is not to be confused with the so-called whole body thermotherapy, the efficiency of which is still debated”, the head of the research group stressed. He went on to say that the group is in favour of the selective procedure, where a so-called ferrite material is used for the targeted thermotherapy of the tissues. “Ferrite can be introduced into the patient’s tissue with a non-invasive procedure, then heated to around 43-45 Celsius with the help of a radio frequency circuit generated around the cells, similar to the operation of an induction cooker. So there is radiation involved, but it is non-iodising (non-radioactive) radiation, just like ordinary radio waves”, Ferenc Simon explained. Compared to previous theories, the research group manages to give a direct and fairly simple explanation to determine the quantity of power absorbed from electromagnetic radiation in ferrite during nanomagnetic hyperthermia. It was also revealed that the thermal dosage could be measured and the spatial localisation of the ferrite could be determined, therefore with fine tuning the procedure could have increased efficiency.

During nanomagnetic hyperthermia, nanoparticles are introduced into tumour tissue, heated by an external radio frequency radiation, which increases the efficiency of tumour therapy in the malignant tissue.

The BME researchers were initially approached by György Thuróczy from the Department of Radiobiology and Radiohygiene at the National Public Health Institute. Mr Thuróczy and his colleagues were previously involved in studying non-iodising radiation and conducted preliminary studies in tumour- and thermotherapy. “The challenge for the next few years is to further develop the methodology to be able to determine the exact location of the ferrite within the treated area, then launch the required (ethical) animal studies so that the treatment can be used in humans in the future”, Ferenc Simon talked about the next steps. 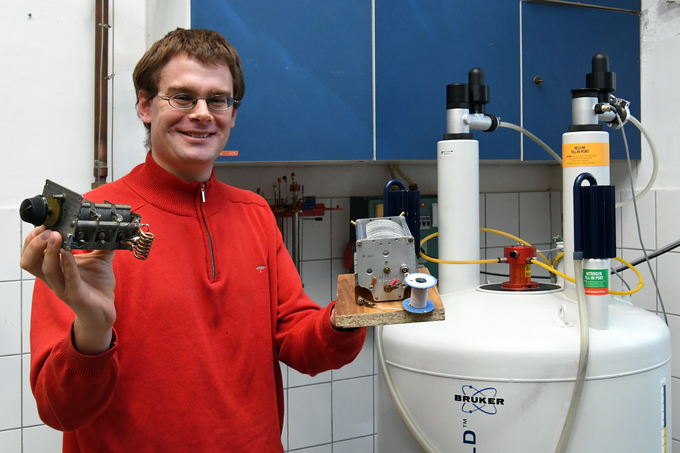 Ferenc Simon talked about the commitment of his team, adding that the scientific findings of the researchers in both fields were published in the prestigious international journal Nature Scientific Reports, first in July 2018 and then in August 2018. In 2017 the research group received the award of BME and the Pro Progressio Foundation, entitled “BME's most outstanding scientific publication of 2017”. (bme.hu previously reported on the news – Editor’s note)

The Lendület (“Momentum”) research group is midway in the programme, but the work does not stop. Ferenc Simon revealed that they continue to study their respective fields and based on the results achieved so far, the team members hope to obtain their PhD degrees in the near future. Scientific achievement aside, as a university professor, he also wants to give an opportunity for bachelor’s and master’s students to be involved in the studies. “Educating future generations is crucial, so it makes sense to show these young people the potential in becoming researchers as early as possible”, shared Mr Simon, who is a keen organiser of events for promoting the faculty’s programmes, such as BME Faculty of Natural Sciences Science Camp, Educatio International Education Expo, Researchers’ Night, scientific lectures, etc. By showcasing the scientific activities of our faculty for a larger target audience, we can pique the interest of young people who are just contemplating their career choices. It is important to engage these youngsters by talking about our research topics and methods in a way that they find interesting and easy to understand. They are a very grateful audience, they are open to new ideas if we manage to find a common language. As lecturers and researchers, we must play a committed role in this area also”, the professor said.