“We want to trigger deep feelings and emotions in the viewers”

The student of the Faculty of Mechanical Engineering (GPK) is among the winners of the EU's Young Filmmakers Competition. His short film is about being able to repair human relationships, not only broken objects.

I try to convey sentiments and experiences through stories captured by my camera. I want to make films with superb imagery and sound, which strike a chord with people, down to their soul, where the storyline and the visual experience are able to convey emotions to the viewers”, Levente Galambos, Mechatronics Engineering BSc student at BME's GPK, the director and editor of his debut film said about his feelings and goals after becoming one of the award winners with his 5-minute-long film, entitled Hidden Values in the EU's Young Filmmakers Competition. His short film will be showcased as one of the official commercials for the EU's #EUandME campaign in the sustainability category, which focuses on environmental protection and the renewability of objects. The synopsis of the young filmmaker's storyline was selected from hundreds of entries. It went head-to-head with another script in the last round, but received more votes on social media, and so was given the green light to be made into a film. 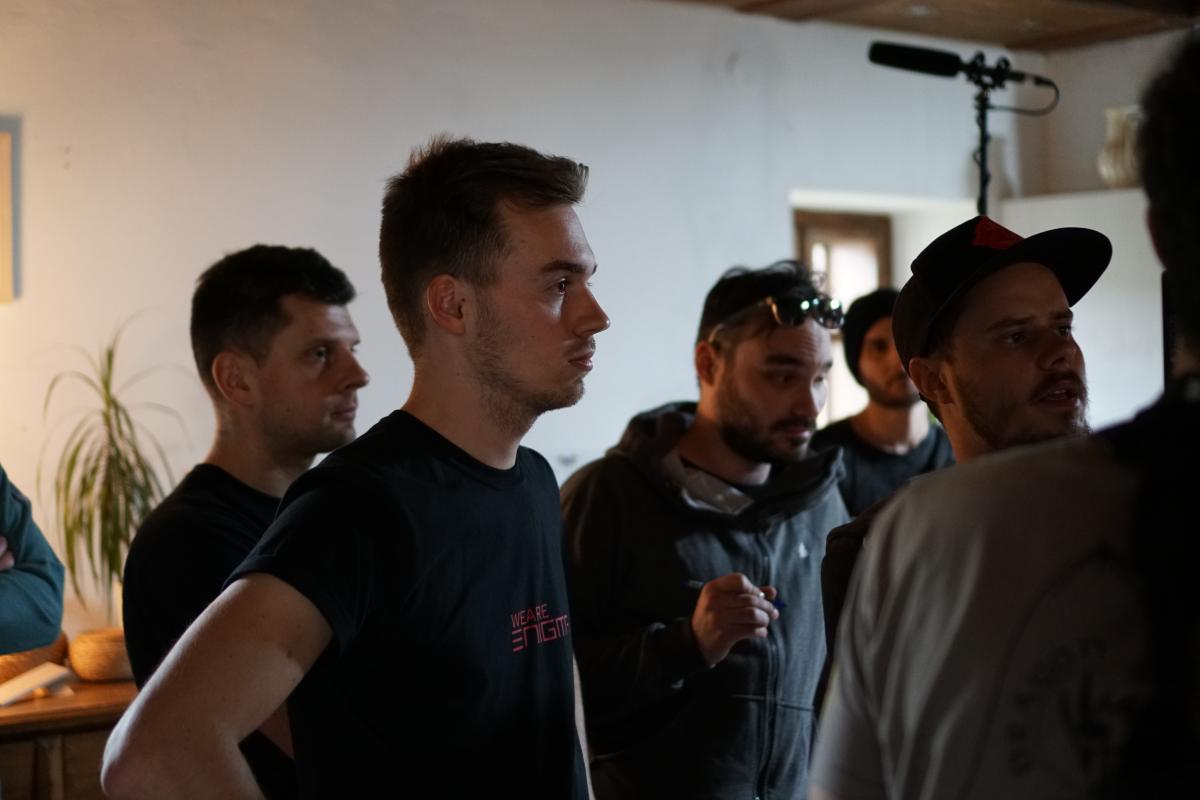 ”Hidden Values” is about a busy father, a single-parent, who feels that he is drifting away from his daughter while trying to juggle parenthood and work. As a busy parent, he compensates the lack of care and attention with material values. The emotional line of the story is about an unresolved, multigenerational family conflict between the father and the paternal grandfather. The father seems to make the same mistakes that his father made with him. Everyday life is getting busier, while emotions are neglected and the already difficult relationship between parent and child tends to suffer in this single-parent family and is made even more difficult by years of tension between the father and the grandfather, who lives in the neighbouring house. The main victim, the driving force and the person coming up with the ultimate solution is the daughter, who manages to open her father's eyes again to the importance of human relationships.

The short film ventures into serious issues: the sustainability of objects and human relationships. One of the important symbols of the story is the little girl's toy, which represents childhood, affection, family, attachment to objects, the present, and to our life. When it breaks, the fragile balance is upset, bringing hidden feelings and issues to the surface, but the story makes the father, as the main character, and thus the viewer realise that broken objects and relationships can be ”repaired”, sustained, and that there is a hope of renewal for the future generation. 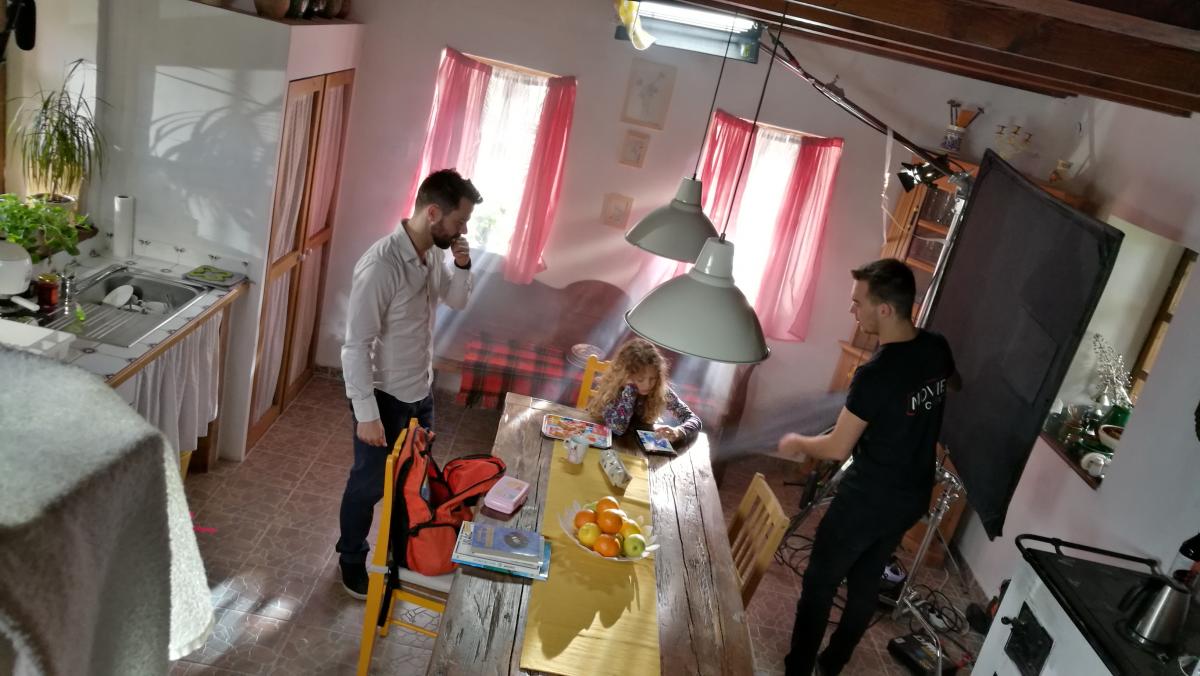 Levente Galambos found out about the EU competition from an advert and thought that it would be a mistake to miss such an opportunity, so he entered the prestigious competition, success in which is considered an important feat for an up-and-coming filmmaker. He came up with the storyline of Hidden Values specifically for this project. Although the young artist did not use his own experiences as an inspiration, he thinks that preserving, nurturing and renewing human relationships can remind us of the fact that the key to our future is to maintain material and immaterial values and pass them on to future generations. Levente's and Gergő's heart-warming and emotional story shed light on a very topical social and environmental problem in the hope that it could awaken the responsible consumer and family-oriented human being in the viewer. According to Levente, the protection of our environment and the consequent use of resources are key issues today, which require responsible human behaviour and actions. 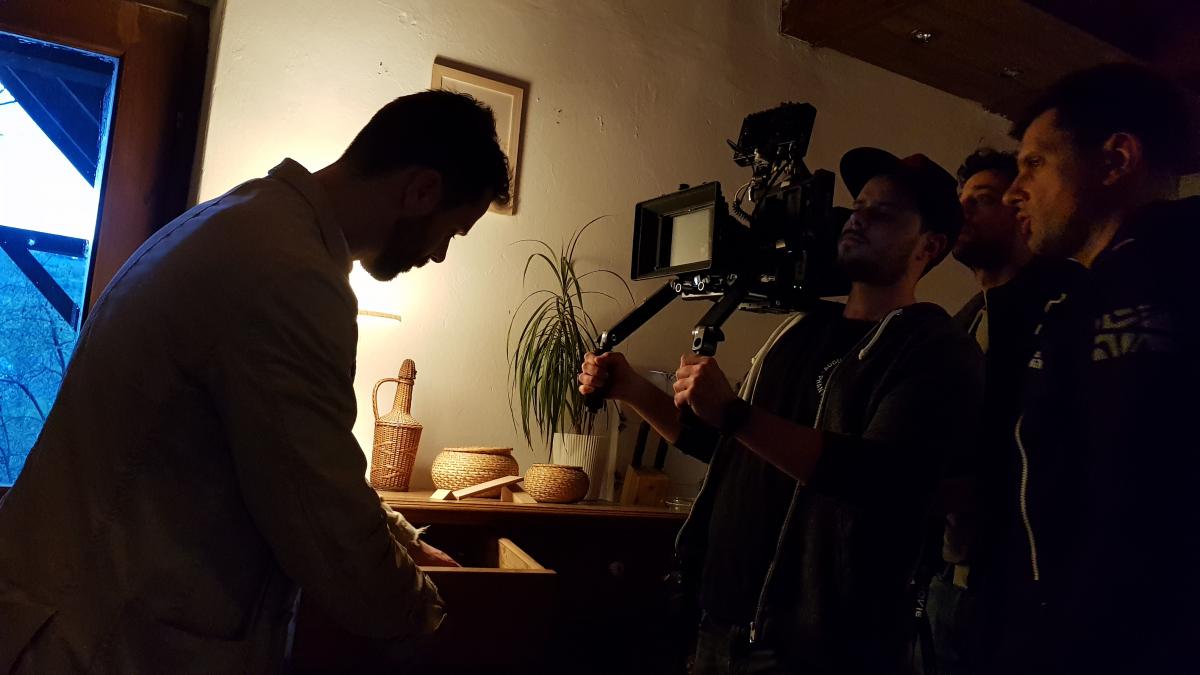 Levente Galambos became interested in filmmaking during his secondary school years; together with his friends he made videos and amateur films during social events. This is how filmmaking became his hobby. He heard about BME GPK's Kármán Studio during freshers' week, and joined it in the first year of his studies. ”I gained a lot of experience and knowledge of editing, sound and light settings and recording. This is where I first used professional equipment”, said the award-winning BME student, who also worked on the recently debuted image film of the Faculty of Mechanical Engineering as a cameraman. The aim of the video is to attract young people who are just contemplating their career choices and introduce the faculty's programmes, professional environment, level of education, the diversity of the available technology and labs, thereby encouraging them to choose Budapest University of Technology and Economics when applying for university.

Apart from his university studies, the young filmmaker is also working for a production company, where colleagues helped him to put together the film crew for his short film, to find the location, to select the equipment and to manage the two days of shooting: ”we had been searching for the right location for a long time; we needed a modern house in a forest with an older building next to it. The interior scenes were shot in Nagyvisnyó and the exterior scenes in Újhuta”. Preparations before shooting took half a day, while the recording of the raw footage for the 5-minute film took two 16-hour days. 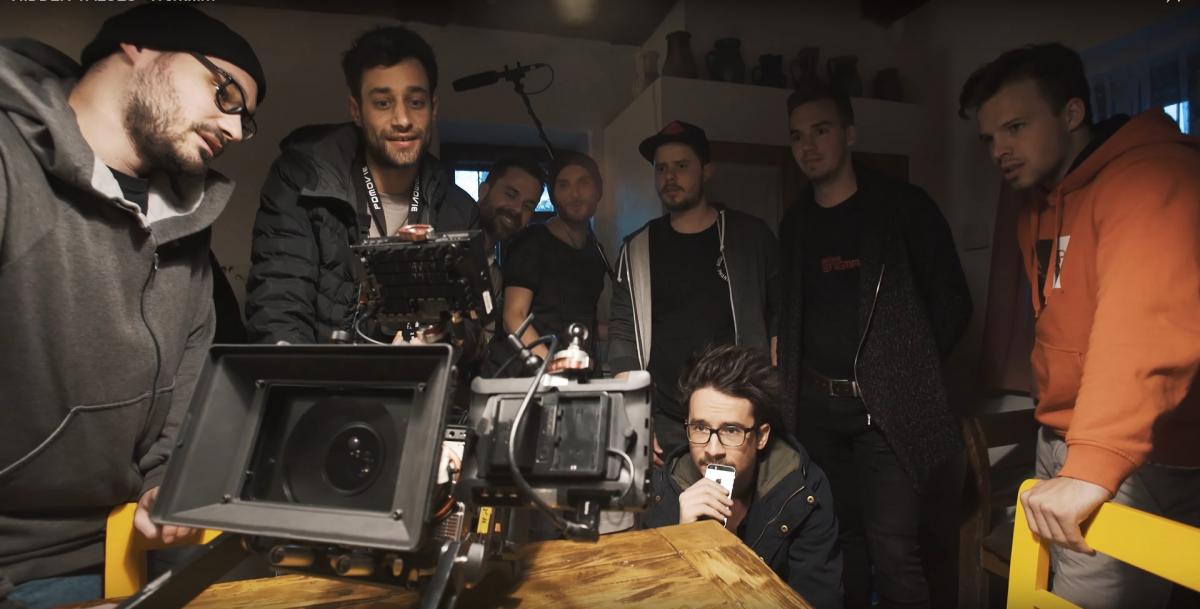 We had a 25-strong film crew and the entire production involved the work of 40 people. ”We had a tight schedule and we had to solve many unexpected difficulties. We had half an hour to get a van for our equipment, while having to make difficult decisions on which important scene to drop due to the shortage of time: a scene with the father reading a bedtime story to his daughter would have been really useful to illustrate the family idyll. Dropping this was not a problem from a technical perspective, but by this time I was so exhausted that I reached a low point, lasting two hours, from which it was very difficult to recover”, the filmmaker revealed. Postproduction, editing, composing the music for the film, narration, editing the ambient noise and light settings took a further 1.5-2 months. Most of these tasks were performed by professionals, while the editing was done by Levente. 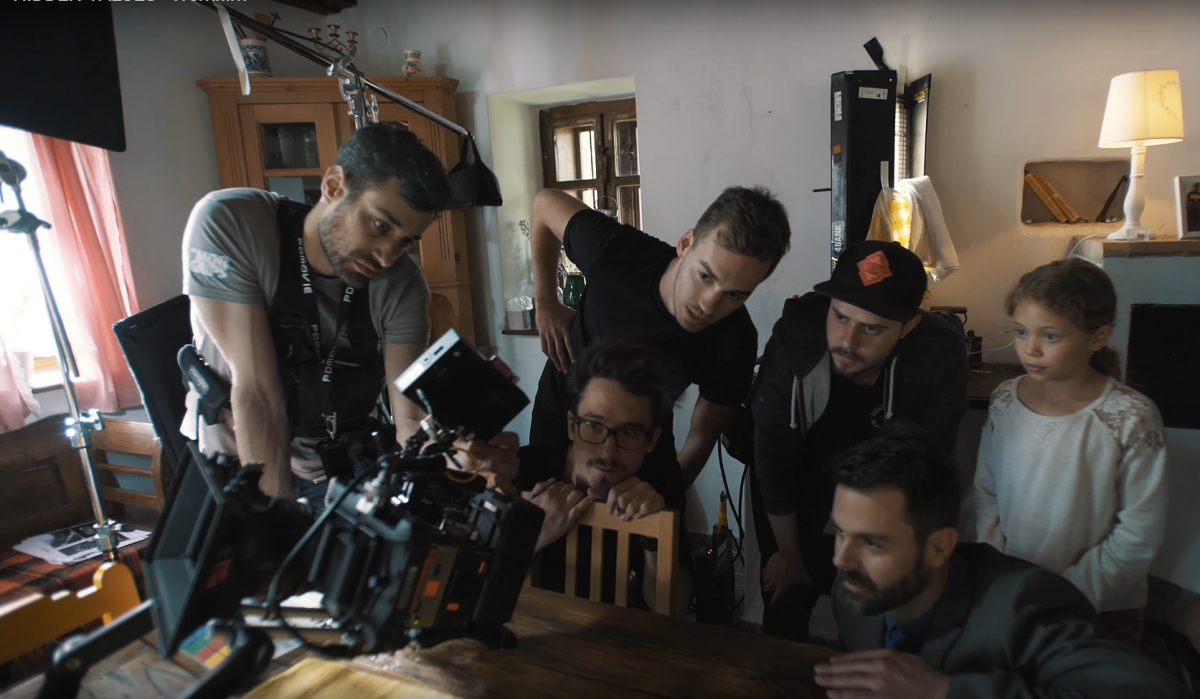 The young BME student had to make a hard decision for the competition: writing the storyline, selecting the cast, preparations, filming, followed by the technical tasks of post-production, required a lot of time and energy, so he decided to defer a semester at university. He will continue his studies in the autumn, adding the optomechatronics specialisation, which is related to filmmaking. ”I was always interested in sciences. In secondary school my favourite subject was physics. I applied to the mechanical engineering programme, because I can acquire a wider range of knowledge within engineering and also because I am interested in automation and programming. My chosen specialisation enables me to learn things that will come in very useful in filming: imaging, data transmission, lenses and beam paths, a deeper understanding of light as a physical phenomenon and how light is captured in an image. It is also possible that I will work as an engineer, designing camera lenses, in the future”, the young student said of his plans.

Levente Galambos also continues to work at the production company, but does not overlook the importance of focusing on his studies. ”It's hard to take it all in, I have countless emotions and thoughts still weighing on my mind after these extremely busy few months. I enjoy being creative and like being a cameraman very much. I want to learn about the theory behind what I already do in practice. This is what I can do at BME”, said the engineering student, revealing his next project: ”I am participating in the making of an image film for a company producing dietary supplements. We are capturing dynamic motions, where the correct lighting and camera settings are crucial to being able to convey the dynamism of the human body to the viewers. Apart from the imagery, music also plays an important role, since it can grip the audience even more, while successful sound post-editing takes a short film to a higher level.

Levente would like to participate in another project by Gergő Simon, the co-director of ”Hidden Values”, who plans to start shooting a short film this autumn. It is about the trials and tribulations of a Roma man, who fell on hard times, trying to provide for himself and his family through odd jobs and struggling more and more through everyday life without any hope.

Levente is considering entering ”Hidden Values” in Hungarian and foreign short film festivals. He thinks that the EU competition was an excellent opportunity to gain experience and hopes that this success will be a reference for future projects in his filmmaking career.