A ceremony was held at BME where a declaration of intent was signed by the two parties.

”Although at the moment two doctoral schools from the Faculty of Electrical Engineering and Informatics are involved in laying the new foundations for our professional relations, we are open to further collaboration in any other field: our institution has always had an excellent relationship with German universities”, Rector János Józsa stressed in his welcome address at the signing ceremony of the preliminary agreement between Budapest University of Technology and Economics and Dresden University of Technology (Technische Universität Dresden, TUD), in which the two higher education institutions agreed to launch joint doctoral programmes.

Hans Müller Steinhagen, Rector of Dresden University of Technology and the leader of the German delegation emphasised in his speech that TUD's excellence is due to its versatility, openness and organisational independence, which are all instrumental in expanding its professional relations. ”We embark upon this cooperation with Budapest University of Technology and Economics with great pleasure”, said the professor, who heads the largest university complex in Saxony and the largest technical university in Germany with around 32,000 students and 5,000 employees, offering over 120 specialisations (also including non-technical programmes), which represents the largest spectrum of subjects in the country. 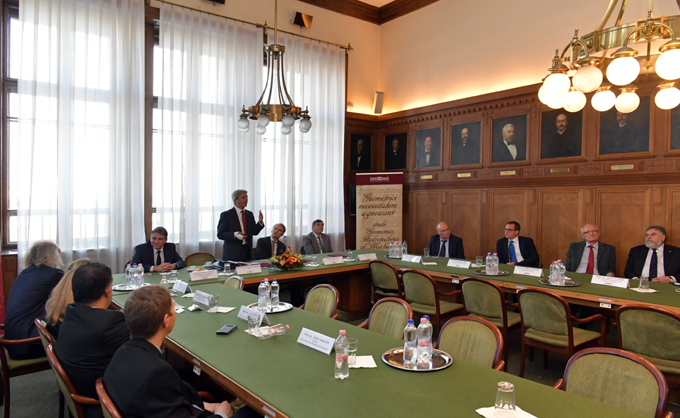 Both rectors mentioned that in their respective institutions there is an increasing cooperation between the various areas of science, as well as the faculties and departments specialising in these areas, while also focusing on expanding their international relations. They hope that after electrical engineering and informatics, the representatives of other scientific areas will also be able to work together in the two universities.

The declaration of intent, signed by the rectors of the two universities, Hans Müller-Steinhagen and János Józsa, as well as Chancellor Attila Kotán, aims to promote international collaboration in education and research. This cooperation will first involve doctoral programmes in electronical engineering and IT, but can be extended to any other area of science within the two higher education institutions. 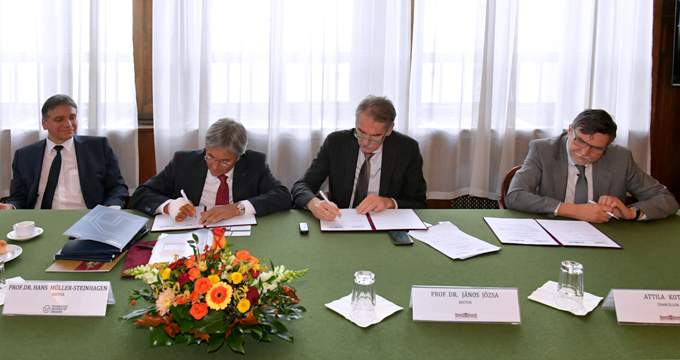 The parties stated that they are committed to establishing the framework for preparing and running doctoral programmes: the ultimate goal is to provide the option of obtaining a joint PhD degree.

BME and Dresden University of Technology also voiced their intention to provide access for the participants of the joint programme to science courses and summer university programmes organised by their respective partner universities if possible. 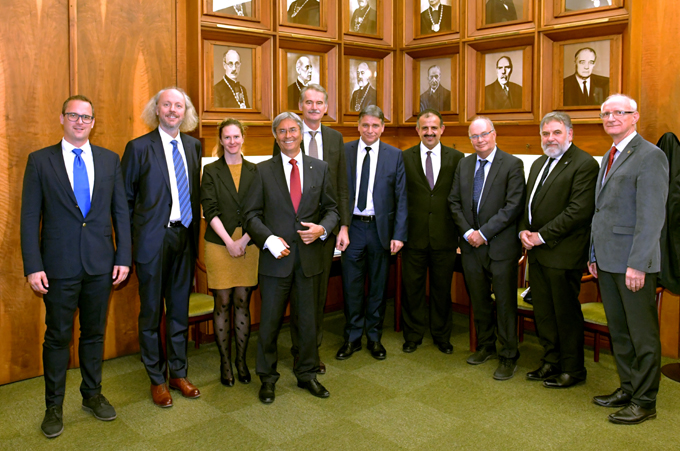