This unique scientific study once again relied strongly on one of the symbols of Hungarian ingenuity, the Gomboc, the invention of BME professors.

“Our solar system is full of continuously fragmenting stones and rocks. We decided to study this process based on the theory of convex mosaics, through geometric lenses, never used in this area before, and found some very surprising correlations,” Gábor Domokos, applied mathematics expert, professor at the Department of Mechanics, Materials and Structures at the Faculty of Architecture (ÉPK) and head of the MTA–BME Morphodynamics Research Group, told bme.hu, after the team had worked for 3 and a half years to prove the idea of the prominent ancient philosopher. Plato’s proposal was that the four elements of the universe, earth, fire, water and air, are all made of regular shapes. Earth, in particular, is made of hexahedrons, i.e. cubes. The team published their research findings in an article in one of the most prestigious scientific journals, PNAS, a publication of the National Academy of Sciences of the United States of America. 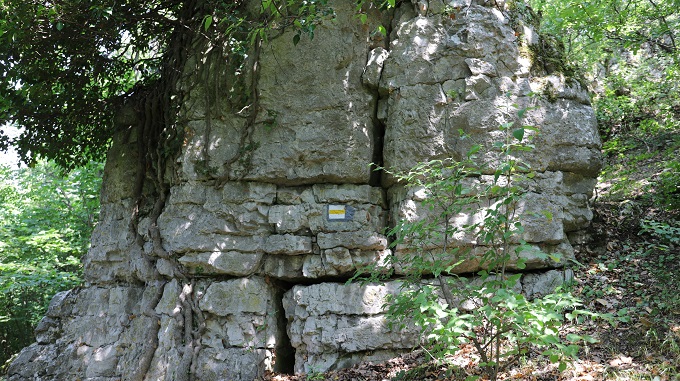 The team, which included Gábor Domokos, János Török, theoretical physicist, associate professor of the Department of Physics at the Institute of Physics at the Faculty of Natural Sciences and member of the research group, Ferenc Kun, theoretical physicist, academic, professor of the University of Debrecen and external member of the research group, and Douglas Jerolmack, geophysics professor at the American University of Pennsylvania and external member of the research group, proved that if a shape is split by randomly selected planes for a sufficiently large number of times, the average of the faces, vertices and edges of the resulting solids (polyhedrons) is close to 6, 8 and 12 respectively, i.e. that “average shape” is a cube. As the most frequent process in nature is fragmentation, the team studied stress fields in nature that cause solids to break up using discrete element computer modelling. Their simulations showed that the most typical stress fields in nature almost exclusively lead to binary breakup generating cuboid averages. Their research demonstrated that the average shape of rock and stone fragments found on Earth (and other planets) is cuboid. 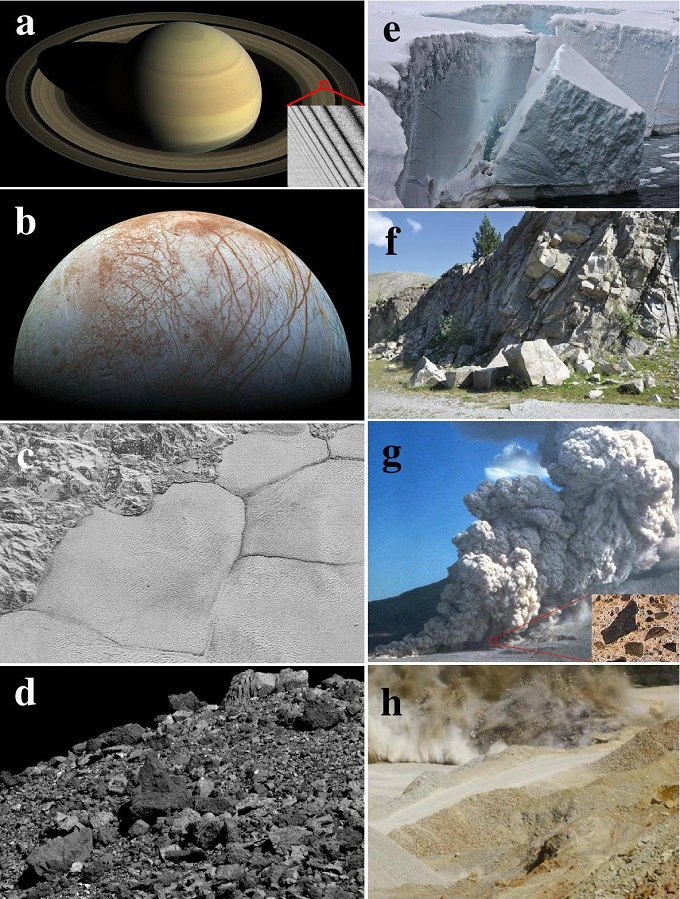 Examples for fragments and fault-lines

Plato said in his allegory of the cave that what we see in the physical world is only the imperfect shadows of the perfect forms, ideas. This ancient proposal is illustrated by the latest evidence, which proves that the shape of the physical fragments visible to the human eye is nothing else than a Platonic solid, the statistical, distorted shadow of a cube, explained Gábor Domokos.

This study also helped validate the Gomboc, the joint invention of Gábor Domokos and Péter Várkonyi, associate professor at the the Department of Mechanics, Materials and Structures at the Faculty of Architecture (ÉPK), which attracted massive interest in the scientific community, in the context of natural sciences. This symbol of Hungarian ingenuity was an instant sensation as soon as it was first introduced. It is the first known homogeneous body that has one stable and one unstable equilibrium point, i.e. two equilibria in total and whichever way you put it down, it will always return to its stable equilibrium point. There is evidence that no body with fewer equilibria can ever exist.

As it was confirmed earlier, natural bodies continue to lose their equilibrium points over the course of their shape evolution, i.e. abrasion process, gradually approaching the shape of the Gomboc, although they never actually reach this final stage. As a result, the invention is the invisible final station of the shape evolution processes while the recent study shows that the cube is the (also invisible) starting point of these.