BME physicist and his colleagues developed an instrument thinner than a human hair, which detects even the faintest magnetic fields.

“There have been many ideas, scenarios tested to create the basic unit of quantum information (qubit) but none was reliable enough to be the base of the quantum computers of the future. We are now working on developing a robust qubit that is able to withstand the information loss in quantum computers. During this process, we were recently able to reduce the size of the device capable of detecting the tiniest changes in a magnetic field to the smallest to date,” said Péter Makk, associate professor of the Department of Physics at the Institute of Physics at the Faculty of Natural Sciences (TTK), summarising the scientific project completed with an international team of researchers. Péter Makk said that he was invited to join the team at the University of Basel by a professor he met when he was in Basel on a postdoctoral scholarship: they designed and developed the structure of the 10-nanometre thick magnetometer, the so-called Superconducting Quantum Interference Device (SQUID), which was then used by David Indolese, a former PhD student at the university, to build the device. They conducted the measurements at very low temperatures, using liquid helium, at 20 millikelvin above absolute zero. Péter Makk later also worked on the analysis of the data collected by the instrument and was actively involved in the comprehensive professional coordination of the international project. The conclusions the international research team has reached so far were jointly presented to the academic community in the scientific journal Nano Letters. 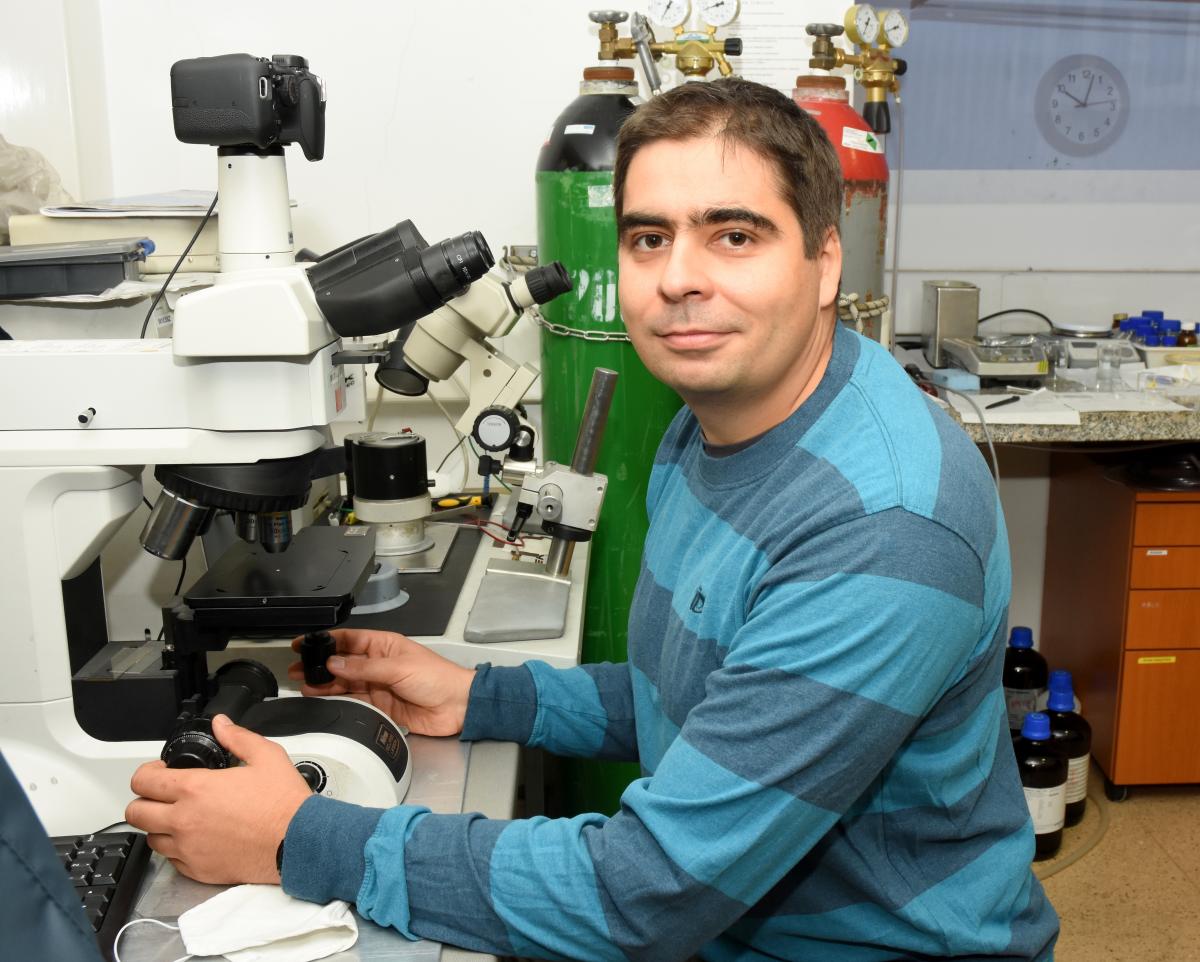 “The academic community is actively searching for the “recipe” for a topological qubit able to store quantum information, in which information can be encrypted with minimal or no loss. In the majority of the available solutions, the stored data was lost or distorted over time due to, for example, external interferences or environmental interactions, which means the system was not working effectively. My research fellows and I study various structures and physical phenomena, for example special superconducting states, blocking information loss under specific circumstances. The necessary protection is coded into the design of the qubit, its internal symmetry. Such a qubit may be created through the interference instrument mentioned above,” said the TTK’s expert explaining the direction of his work. The quantum interference instrument is based on a superconducting ring interrupted by two regions with normal conducting or insulating properties.  The superconducting ring designed in the current research project includes two Josephson junctions based on graphene (Editor note: Josephson junction: a thin, nonsuperconducting layer between two superconductors, in which electron pairs can cross from one superconductor into the other without electric resistance.) The two graphene layers are positioned with one on the top of the other, separated by a hexagonal boron nitride layer and connected to the superconducting ring. The resulting, approximately 6-layer, 10-nanometre-thick stack is ideal for measuring and monitoring changes in magnetic fields. “These pre-designed stacks built from layers of 2D materials are called van der Waals heterostructures. To detect a magnetic field, we measure the supercurrent that flows through the instrument, which massively depends on the magnetic field,” said Péter Makk revealing the technical details of their research.

During the project, the team considered the application of the minuscule superconducting quantum interference device in medicine and geology: due to its ability to detect extremely faint magnetic fields, it can be used to monitor heart and brain activity while in earth sciences, it can be deployed to identify the composition and magnetic content of rocks. As there are multiple devices including some kind of a magnetic field detector on the market, used predominantly in medical diagnostics, the development of the new instrument may follow that direction depending on the needs of industrial partners. In addition to describing the potential applications, the physicist from TTK stressed that the research will continue as the instrument may be used to monitor topological superconduction, which means they will continue to look for the physical solutions and conditions to create the “perfect” qubit. The project began more than two years ago and the research to be conducted in the remaining one and a half years will seek to achieve the goals mentioned above.

Conventional quantum interference device. The blue superconducting ring is interrupted by two (in this case graphene) Josephson junctions. The current flowing through the instrument is sensitive to the magnetic field indicated with the yellow arrow. b) The two Josephson junctions in the newly developed interference instrument are positioned in very close proximity with one on top of the other. The bluish green region indicates the insulating boron nitride layer. (Source: University of Basel) 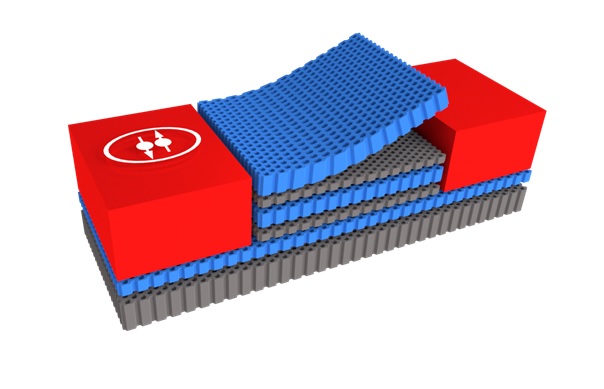 The 3D visualisation of our interference instrument. The two grey layers in the middle show the graphene Josephson junctions while the blue layers are the boron nitride components. The grey layer at the bottom is the gate electrode used to tune the instrument and the red ones are the superconducting electrodes. The instrument has been built from layers like LEGO. Source: Gergő Fülöp, BME Department of Physics

“I have been given a unique and exceptional opportunity to be part of and an active contributor to a scientific project carried out in an international academic setting. It is not an individual achievement as both the support from my department and the efforts of my colleagues working at the Nanoelectrics Research Laboratory in Basel contributed to this success, which carries great prestige for the university as a whole,” said Péter Makk about the importance of the scientific project which has now been running for two years adding that it is important for him as a scholar to share the new knowledge related to these new achievements with students and to show secondary school students prior to the selection of a university course, the potentials and appeals of a career in the natural sciences by presenting the exciting and innovative aspects of the topic. 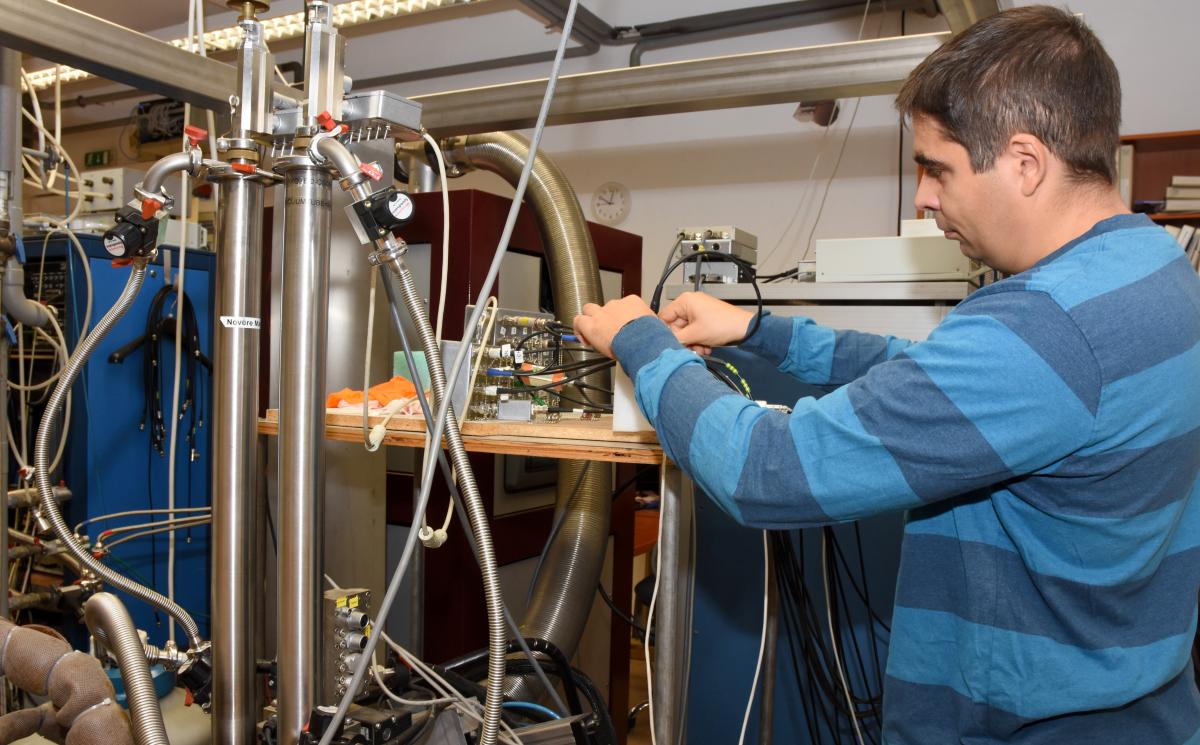 His most recent presentation was at the BME TTK Science Campus titled “How to build a quantum bit?”, in which he described the development of traditional computers, talked about the purpose and the mission of quantum computers and the computers based on superconducting quantum bits. To watch this scientific, informative presentation designed for young people, please visit the YouTube channel of the BME TTK.