BME among the best universities worldwide by QS 2022 ranking

Quacquarelli Symonds (QS) is one of the world’s most influential ranking agencies, listing and ranking the top 4-5 % universities of the world.

QS WUR by Subject, in particular, compares these top universities in a given field, based upon academic reputation, employers’ opinion, quality of publications and scientific achievements, and the level of international collaborations. This year, BME advanced further in QS 2022 subject area ranking, and reached an outstanding result: in the field of Engineering and Technology it has been ranked 211th worldwide as the only Hungarian university on the list, with an overall score of 71,3, approaching its competitor, TU Wien (77,3 points). With this result, BME is the best Hungarian university according to QS WUR by Subject. 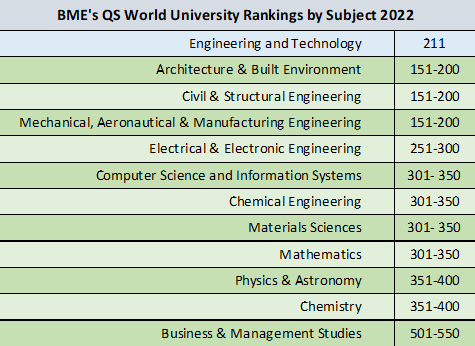 Beyond Engineering, BME also progressed in all other relevant subjects area rankings. In the field of Architecture and Built Environment, it is ranked 151-200 worldwide, and it is the only Hungarian university on QS’s top list. In the field of Natural Sciences, it is ranked among the top 301-350 in Materials Sciences and Mathematics, and top 351-400 in the fields of Chemistry, and Physics and Astronomy. First in 2022, BME’s Business and Management Studies program also made it to the top list, where it has been ranked 501-550 worldwide. 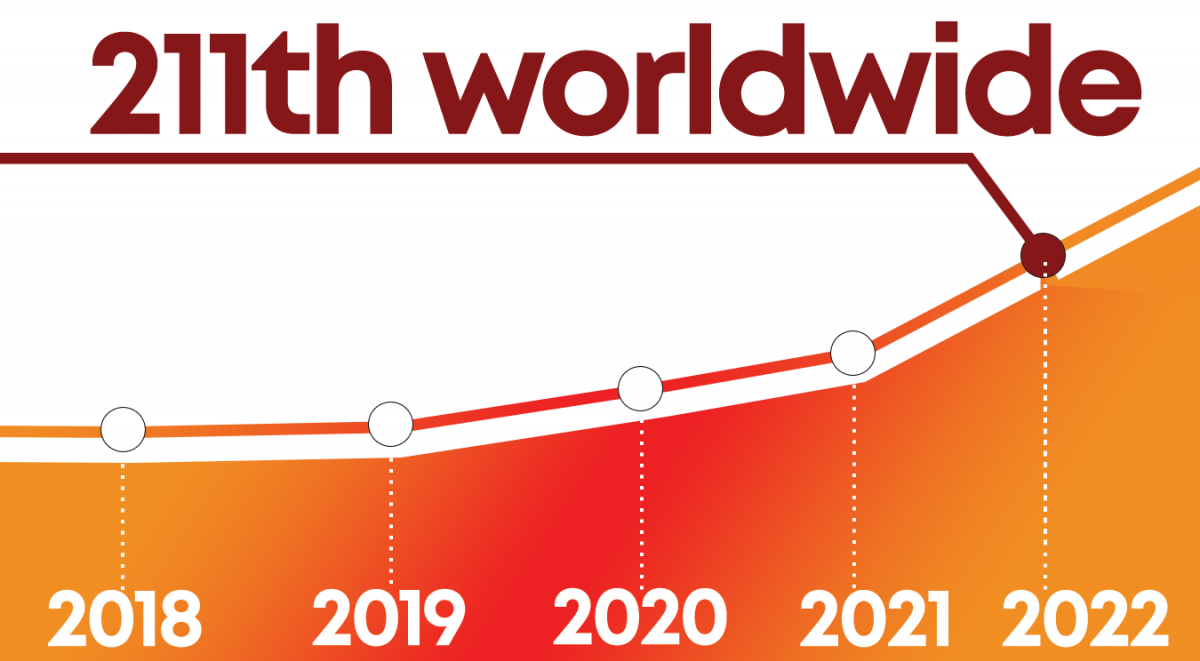