The basis of all generic evolution in inanimate nature is fragments

The publication of three BME researchers and one researcher from Debrecen was published in Nature Scientific Reports.

„As a result of our research project we can take a huge step forward in understanding and analysing the forms in inanimate nature surrounding us,” emphasized Gábor Domokos, professor of BME, co-author of the article titled ’Universality of Fragment Shapes’. Further co-authors of the article published recently are András Árpád Sipos, associate professor and Tímea Szabó, assistant lecturer, researchers of the Department of Mechanics, Materials and Structures of BME Faculty of Architecture and Ferenc Kun, professor of the Department of Theoretical Physics of the University of Debrecen.

„The shape of fragments plays a central role in understanding of a broad class of phenomena having also practical importance, like the process of abrasion and spallation,” explained the professor of BME when presenting the contents of the article. The process of fragmentation has several forms and stages from the natural geological fragmentation of rocks through explosions to the breakup of rocket components and satellites in the space. “The mass distribution of the fragments has been researched in detail and therefore we have well agreeing theoretical and measurement results but the shape of the fragments had not been dealt with before, although it plays a significant role in determining and describing abrasion processes,” the researcher explained the significance of the research project. 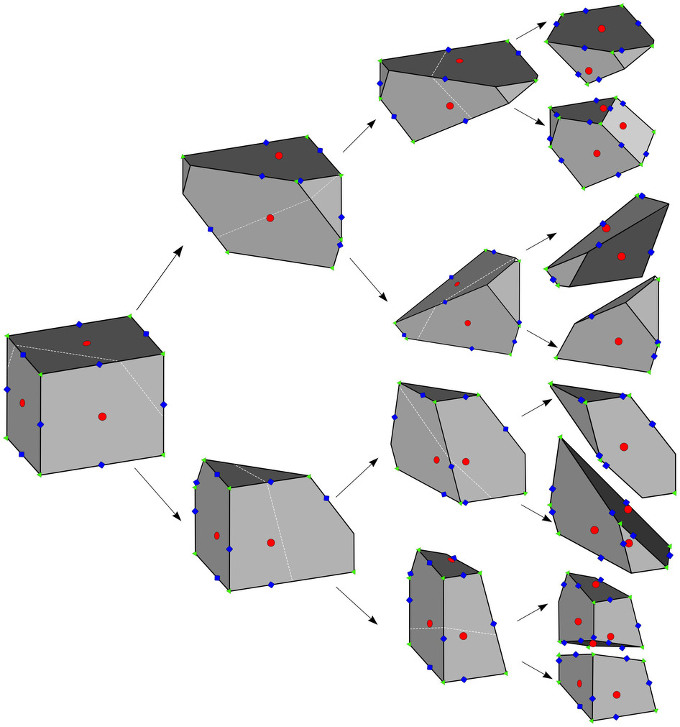 “In our study through precise on-site and laboratory measurements and various model-simulations we present that there is a strong and universal correlation between the shapes of the fragments and the ratios of their describing shapes: the smaller fractions are rather close to a ball-shape, while larger ones can be well approximated by rectangles of dimensions 1 : 1.56 : 2.32,” said Gábor Domokos.

„In order to characterize the shape of fragments we use the bounding box method widely applied in geology where edge lengths are denoted by L>I>S: L is the longest size of the fragment, then I is the largest distance perpendicular to the direction of L. Finally, S is defined as the largest distance perpendicular to the plane determined by L and I,” the professor of BME illustrated one of the figures of the publication. 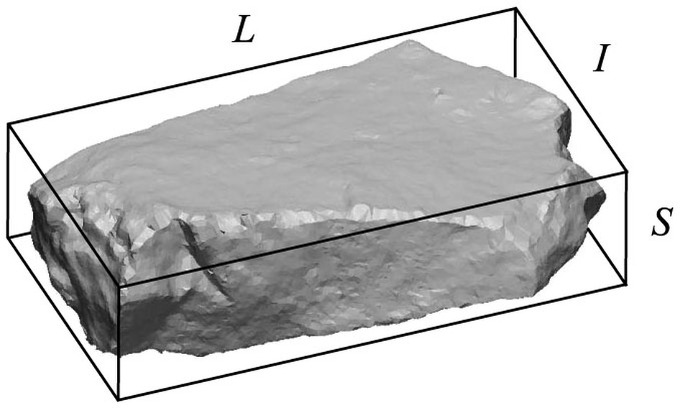 The experiment demonstrated that in the investigated range of maximal size, both the mass and shape of fragments there is an astonishing universality: the researchers found the same in case of natural materials (stone, rocks) and artificial materials like plaster and the final result is not changed by the form of fragmentation; whether it was a slow process caused by erosion or a sudden, dynamic effect, like explosion.

The manual and automatic measurements for the experiments were carried out in the Morphology Laboratory of BME, which we presented a few months ago on the occasion of the Applied Mathematics Day.

“The results have significant importance because they fundamentally influence the conclusions that can be drawn from the shapes of the eroded fragments, as the size-shape correlation remains all through the process,” summarized Gábor Domokos. “Therefore when we analyze the shapes of fragments we find that it exhibits a generic exponential convergence from the isotropic shape of small pieces to a uniquely defined anisotropic form for the large ones. The information provided by small fragments has been largely in focus recently mainly because it can be a basic instrument to understand morphological processes in planet Mars,” highlighted the professor.