Gravity R&D, a company founded by former researchers of Budapest University of Technology and Economics ranked as one of the fastest growing and most successful businesses in the Central European region.

“We had the chance to acquire world-class expertise at Budapest University of Technology and Economics, which is one of the most prominent hubs for scientific research and nurturing talent in Hungary. The knowledge we had access to and the highly supportive professional community of the university were of significant help to us in becoming recognized as world-leading experts in our fields,” said Domonkos Tikk, CEO and co-founder of Gravity Research and Development, former assistant professor and researcher at Budapest University of Technology and Economics, Faculty of Electrical Engineering and Informatics.

He and three of his university fellows (Bottyán Németh, István Pilászy and Gábor Takács – the enditor) founded the company specializing in data mining and recommender systems back in 2007. The firm since became a laureate of the Deloitte Fast Technology 50 award in Central Europe in 2015.

“Our work at Gravity proves that success is within reach,” said the CEO of Gravity that now has clients from 5 continents. He is convinced that everyone is the master of their own success or failure. “Defeatism that all too often characterizes Hungarians is destructive to creativity, sets back work spirit and puts great results out of reach. To achieve success, we have to step over our own shadows, overcome the imaginary boundaries we establish for ourselves and work hard for the results.” said the former university researcher summarizing the essence of his philosophy. He first got involved in text data mining and recommender systems at Budapest University of Technology and Economics.

“The beauty of this scientific field is that performance of research groups is easily comparable,” he said, recalling one of his early professional successes. As a group of young researchers, he and his colleagues took part in a data mining contest called the Netflix Prize. The competition had a well-defined objective: participants had to improve the accuracy of Netflix’s recommendation system on a given dataset. The rules of the challenge that lasted almost 3 years incentivized collaboration amongst competing teams, who learned through the contest that they can achieve better results through their combined efforts. The talented young professionals were prompted to start a company due to this success. As the CEO of the firm, Domonkos is proud of the results they achieved, the international clientele they acquired, their profitability and also of the fact that out of the four Gravity founders, three still work at the company.

Gravity R&D’s team is still working on new ideas and implementing novel approaches. They’ve just released their new product a few months ago; the automated recommendation system platform “RECOplatform”, specifically tailored to the needs of small and medium enterprises. “We make one of the most sophisticated recommender systems in the world available to our clients in an affordable, out-of-the-box and automated manner,” said Domonkos Tikk describing this unique product.

With this new software, Gravity targets eCommerce stores and online marketplaces: “Through the recommendation engine, companies are able to boost their revenues, increase the average cart size and customer satisfaction.”

Domonkos believes that small and medium enterprises are at a severe disadvantage on the market: “a common barrier to competitiveness is the lack of IT expertise”. Only a small minority can afford to employ an IT professional or a software developer: “With the RECOplaftorm, we provide a solution to this problem, as the service can be installed in half an hour even with minimal IT skills”.

In recent years, the line between online and offline commerce is more and more blurred, meaning, that more and more traditional retailers run eCommerce operations and conversely, some online retailers started to open brick-and-mortar stores. This trend also motivated Gravity to further develop and tailor their recommendation engine to the needs of small and medium enterprises.

“Product or service recommendations are good for the customers because they see products relevant to them and they’re good for the retailers, as they increase average cart size and customer satisfaction. Based on our experience, we can make reasonably accurate predictions about the expected results of implementing our recommendation engine. Also, once it’s live, the additional revenues generated by the system are exactly measurable.” added Domonkos, elaborating on the merits of their solutions.

“The main drawback of ad banners on websites is that they take users’ attention away from the site’s core content. This, as a worst-case scenario, can lead to customers leaving the site. In contrast, a recommendation system is an integral part of the user interface, which helps customers find the products and services that are the most relevant to them. Through this method, customer behavior can be observed and categorized, which enables service providers to deliver personalized messages and recommendations fitting the individual taste of each user.”

Gravity applied this method when they created the recommendation engine of one of their biggest clients, the French company Dailymotion that is the second biggest video sharing platform with 3 billion page views a month. Thanks to Gravity’s solution, Dailymotion now makes video recommendations to its users personally tailored to them and their behavior. 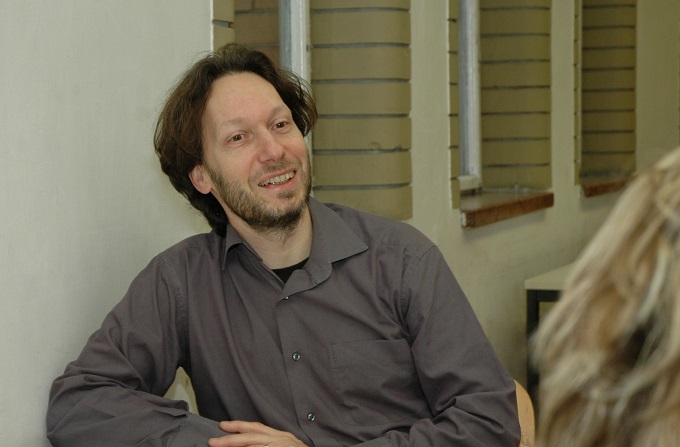 Gravity was founded almost 10 years ago. “As a startup, the funding rounds we received in 2009 and 2011 were vital to our success. Also, they were proven to have been good financial decisions for our investors as well. Their initial investments panned out quickly, thanks to the nearly five-fold growth in revenues.” said the CEO. “We had hills and valleys on our journey to date. There were moments when we were close to running out of money, but we always found a solution and the resources to survive,” he recalled and then added that spending the investors’ money carefully and wisely played a huge role in their success.

“Many fall into the trap of spending their money fast and incautiously, and lured by the prospect of getting rich fast, they don’t plow their revenues back to develop the company further. This is often a fatal mistake,” emphasized Domonkos. He also added that venture capital is one of the most expensive resources and it requires constant outstanding results from the company. “This is a hard and risky lifestyle, which I recommend to those who want to attain eminent success.”

The company with university roots, now employing 35 people, still maintains an active relationship with the alma mater. It initiates projects in collaboration with Budapest University of Technology and Economics and offers industrial research and Ph.D. topics.

For instance, they’re currently looking for Ph.D. students in the field of applying deep learning technologies to recommender systems: on top of the metadata of videos, they also analyze the thumbnail pictures appearing next to the clips. “We are in a symbiotic relationship with the university: in exchange for fresh industry expertise, we get to work with thriving young professionals,” said Dr. Tikk, who spent altogether 17 years at the university.

“I’m in a unique position: I’ve got experience as a researcher, worked as an engineer and then as a manager in the industry, so I have seen both sides of the coin. I received tremendous knowledge, experience and pleasure in both roles. I made a hard decision that entailed many dilemmas when I became an entrepreneur. I did not regret it in the least, but the time spent at the university was also very beneficial.” concluded Domonkos Tikk.

Finishing the interview on a positive note, he encourages engineering students to use their knowledge, believe in themselves and grab every opportunity they have to realize their ideas and find the best partners to do so whether inside, or outside the walls of the university.