The foreign students of BME represented their home country and national cuisine at a grand international carnival.

„This is a special moment: the first event at BME where our foreign students exhibit their country” – emphasized the vice-rector for international affairs in her opening speech of the International Carnival. Krisztina László affirmed that studying abroad is an important decision to be made: considerable effort precedes the moment when a student is awarded a - now internationally acclaimed - diploma from BME. Throughout the years the university admitted over one thousand students from more than seventy countries: a number increased recently by students arriving from within the European Union. The vice-rector expressed the hope that this evening would bring the international community of the university closer to each other and to the Hungarian students. 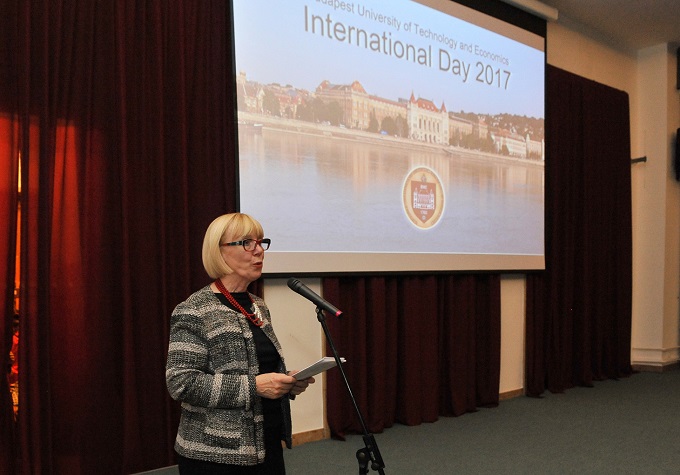 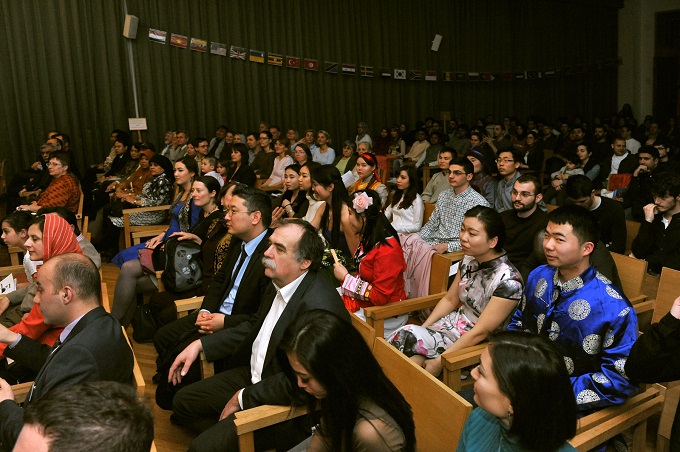 „Men love their country, not because it is great, but because it is their own” – György Horváth, assistant professor at the Faculty of Economic and Social Sciences, moderator and one of the organizers of the evening, greeted the audience with these words of the antique philosopher, Seneca. Anna Veres, from the English language section of the Centre of Modern Languages also participated in the organization of the event. Alexander Robin Tamino Wulsten and Georg Jürgen Tepfenhart, two students in mechanical engineering, were responsible for the technical arrangements. 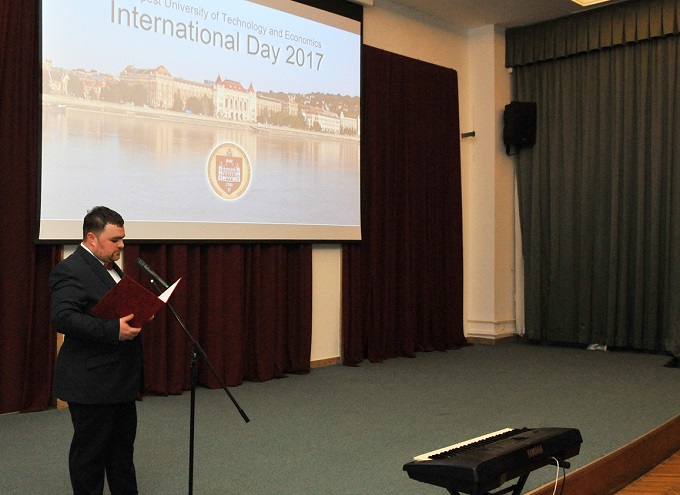 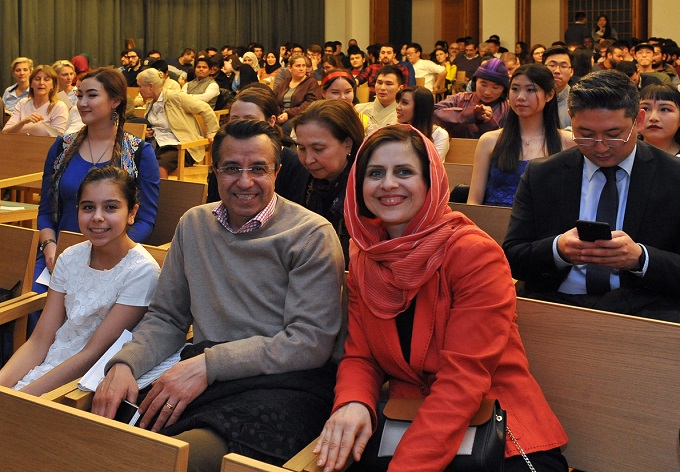 Most credit for the organization of the International Carnival – as in the case of most previous events involving our foreign students - goes to Valéria Balogh, referent for international affairs, who made a short presentation about the path leading up to the event. The yearly held Hungarian days at the university provide an opportunity for the foreign students to get to know Hungarian history, culture, traditions, dances and cuisine. The international referent of BME regularly organizes trips: our foreign students have already visited the Parliament, the Opera, and several destinations at the countryside. Throughout the last few years they visited Pannonhalma, Fertőd, the cave at Jósvafő, Eger, Pécs, the Hortobágy and lake Balaton. They also participated in a sports day at Zsámbék, and traveled to Wien, too. „Now, it is your turn to present your country” – Valéria Balogh requested the students. 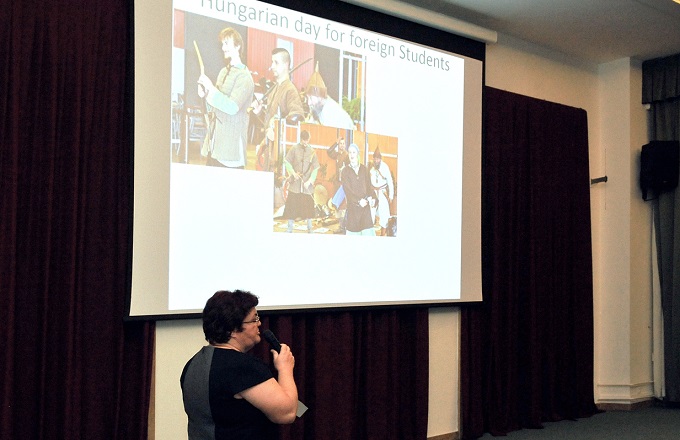 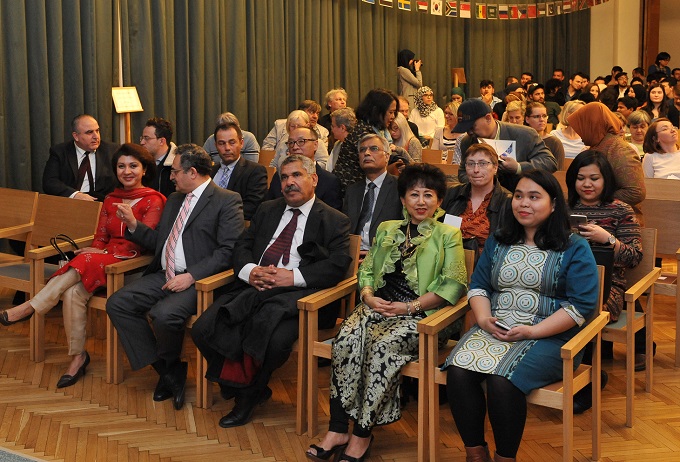 A further objective of the event was that the students coming from a variety of colorful backgrounds showcase their culture to fellow students from different cultures – through pictures, clothes, objects, and last but not least food. The short presentations by the students were followed by a musical or literary performance. The guests were welcome to sample the culinary adventures at the buffet in the lobby.. 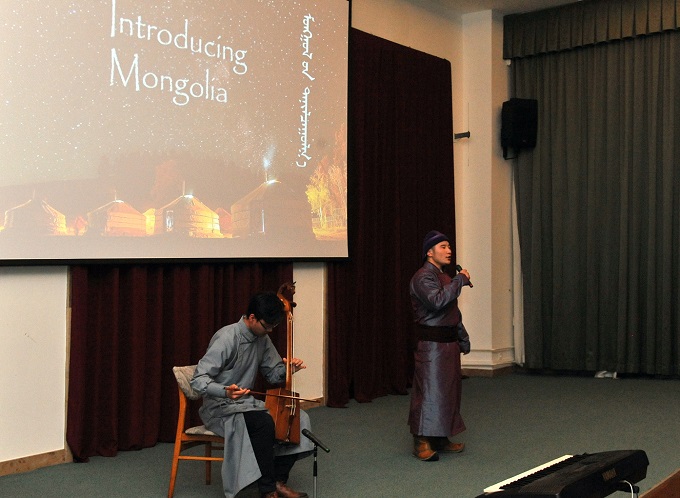 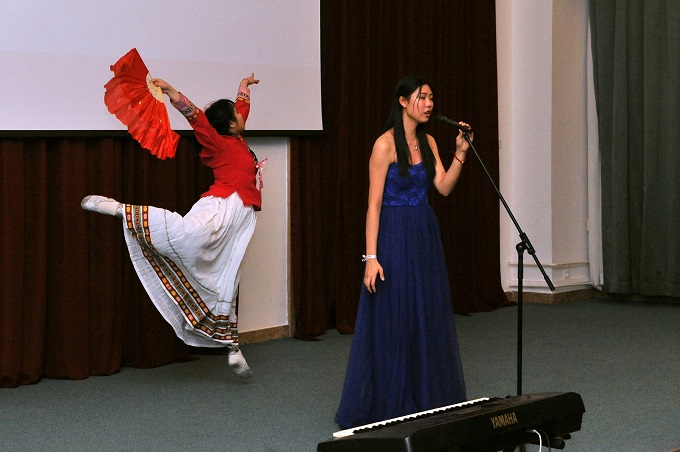 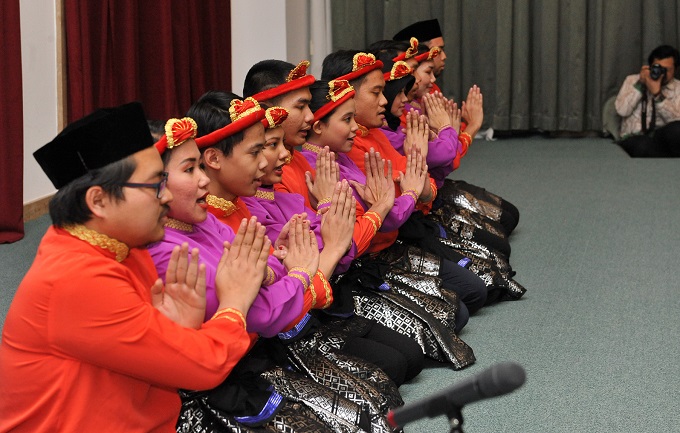 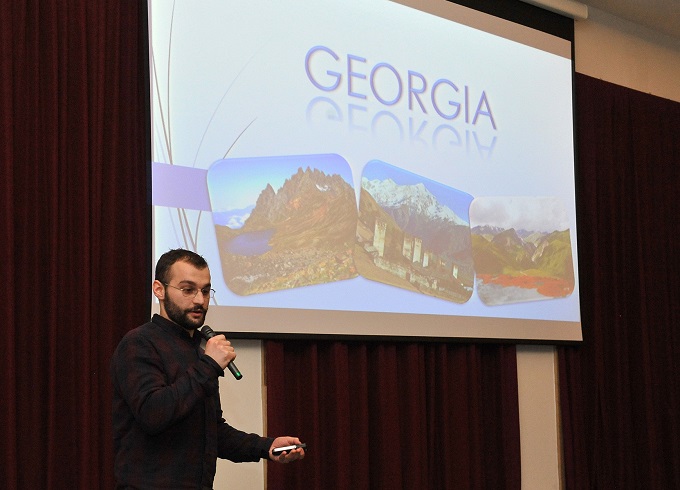 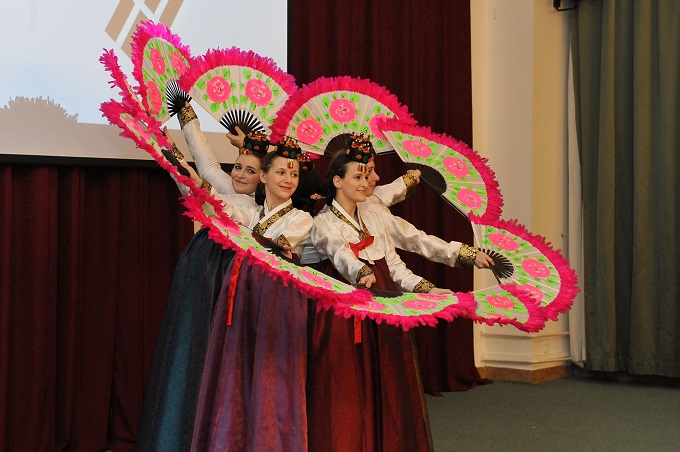 The embassies of the involved countries provided leaflets and food, moreover, the Embassy of Indonesia prepared a dance performance, too.

The organizers compiled a recipe book for the event, and thanks to the Goldmann cafeteria, twenty of the recipes were realized in greater quantity. This way the guests had the opportunity to taste dishes like Chinese fried noodles, Turkish baklava, Persian ghormeh sabzi, Kazakh pilaf, Mongolian booz or Vietnamese rolls. The Persian restaurant Darband and the Turkish restaurant Titiz also provided food for the event. The Georgian students presented a traditional Georgian dish, the khachapuri, and organized a wine tasting assisted by the Embassy. 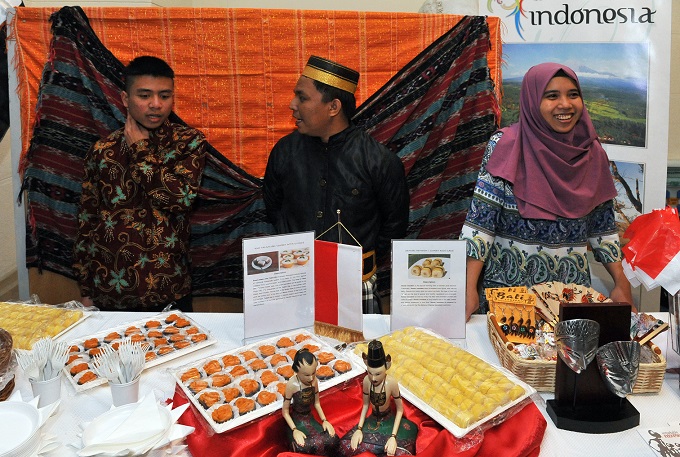 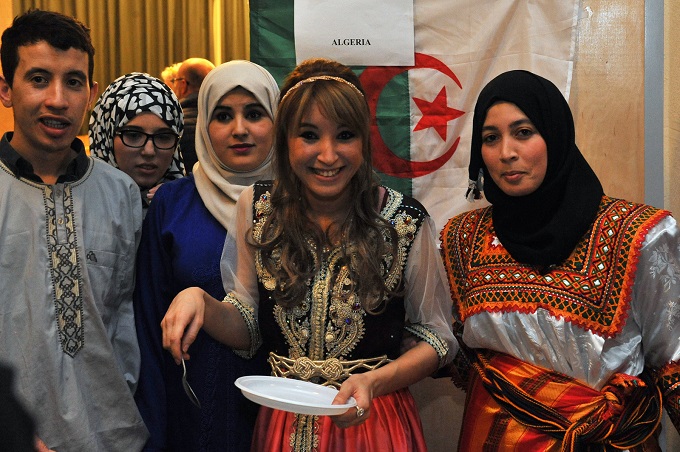 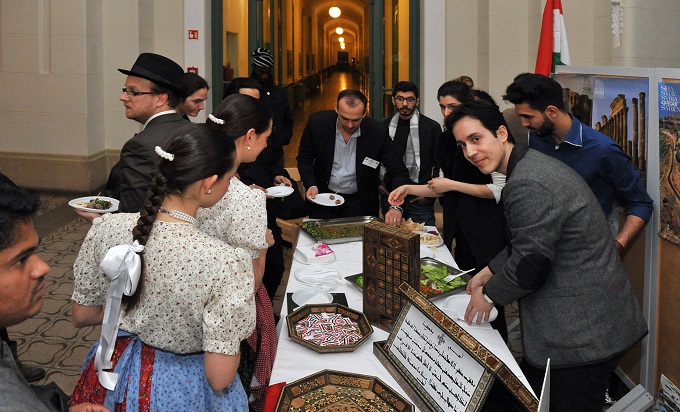 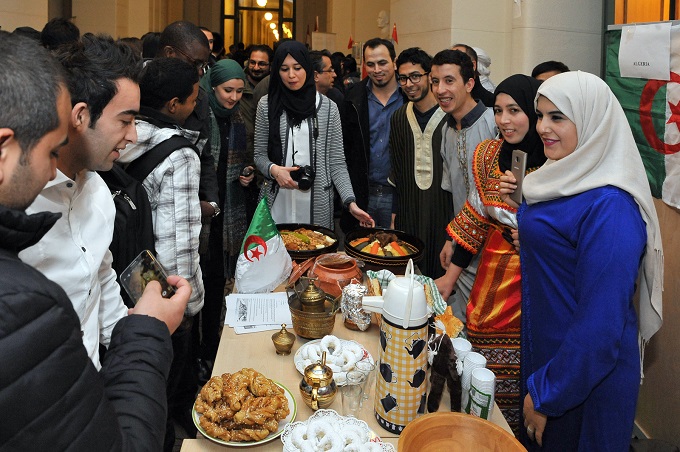