“The choices we make determine our future” says Microsoft CEO

“Microsoft is creating a platform for new solutions based on which others can develop their own novel technologies”, said Microsoft CEO Satya Nadella at a “fireside chat forum” held in the Károly Simonyi Lecture Hall at BME’s Faculty of Electrical Engineering and Informatics (VIK). Attracting over 500 visitors, mostly students, the top manager of Microsoft was interviewed by Bálint Farkas, a former BME graduate and a current technology evangelist at Microsoft. 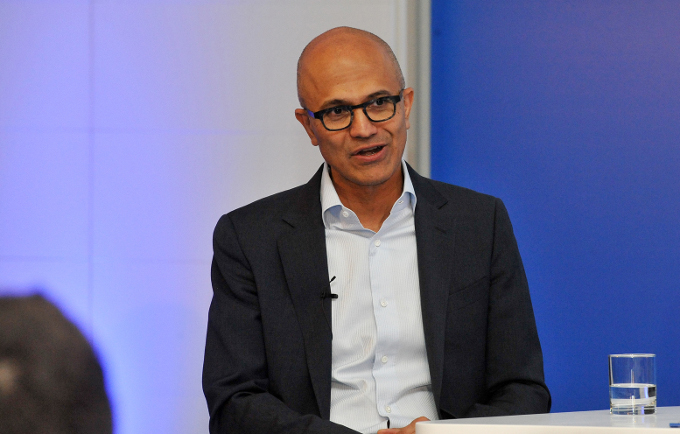 The leader of Microsoft highlighted the pivotal role that the son of the lecture hall’s eponym Charles Simonyi played in the development of the company. After providing a brief summary of the history of Microsoft, he described the current innovations, addressed the issue of artificial intelligence and also dwelled on the future prospects of digital technologies.

“Microsoft’s mission is to empower every person and every organization on the planet to achieve more”, said Nadella. Technological advances have resulted in four major changes across sectors including commerce, production or healthcare. The first key change has been the way we reach customers and make an impact on them. The thing is that in a digital society we get feedback by the hour, even by the minute. The start-up companies whose leaders I met today are looking for solutions – both in the field of banking or trading – solutions that can base on such a steady flow of feedback.” 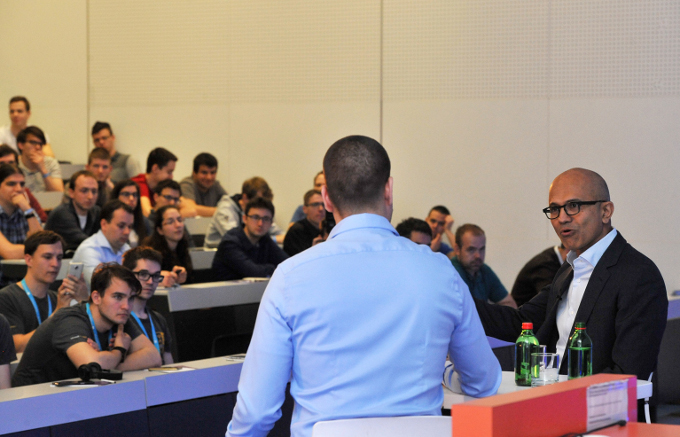 “The second highly essential factor is how we work together and how we communicate. What we do at Microsoft today is we empower teachers and students to use digital tools to communicate at schools, and we facilitate workmates to do the same at their workplace. Our third most important mission is to provide supply chain integrity ranging from the physical movement of goods to money transfers, and to secure the general flow of information. The focus is on the latter, though, and it is the exchange of information that lies at the core of getting new supplies and making financial transactions. Rationalizing processes is also a major quest in this new transition process, as it can be clearly seen in logistics, for instance. The last factor is the transformation of business models brought about as a result of digitalization.” 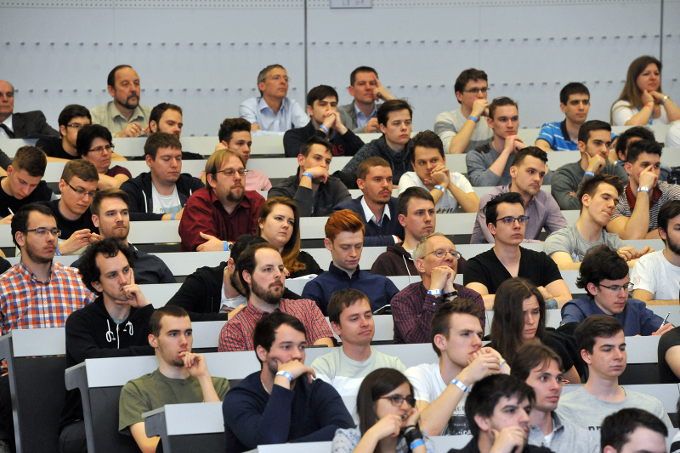 Satya Nadella also pointed out that in our swiftly digitalizing world, where society and economy are becoming more and more reliant on new technologies, digital skills have become particularly valuable. He says his company keeps investing a great deal into intelligent cloud-based solutions, 3D technologies, or virtual reality (VR) and augmented reality (AR). These new innovations can be exploited in all walks of life including business, research and development, and also entertainment. In this new era, Microsoft will focus on innovations that can be linked to Mixed Reality (MR), a combination of augmented and virtual realities.

The CEO of the internationally renowned computer giant talked highly of some Hungarian ventures renowned for facilitating constant innovation on diverse scales and emphasized that human capital was humanity’s greatest value, that is, people – like the ones sitting in the room: students at the moment but the potential experts of the profession in a few years from now. He gave some food for thought to the participants with the following words: “Always take your time to make an informed decision. It is not our abilities, but our choices that determine our future.” 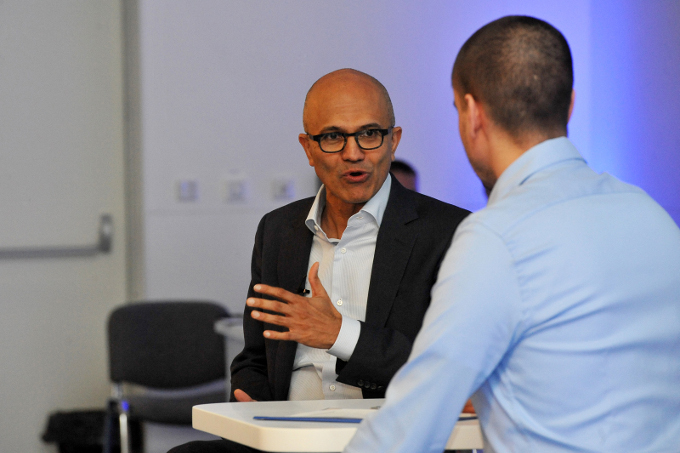