BME hosted the domestic Falling Walls Lab for the first time in the history of the event selecting the most promising innovators of the future from among 15 young talents.

‘Participation in this competition is a great accomplishment in itself,’ stressed János Józsa, BME’s rector and chair of the jury of the Falling Walls Lab Budapest in his welcome speech highlighting the three minutes allowed for each participant to present their innovations as a particular challenge. 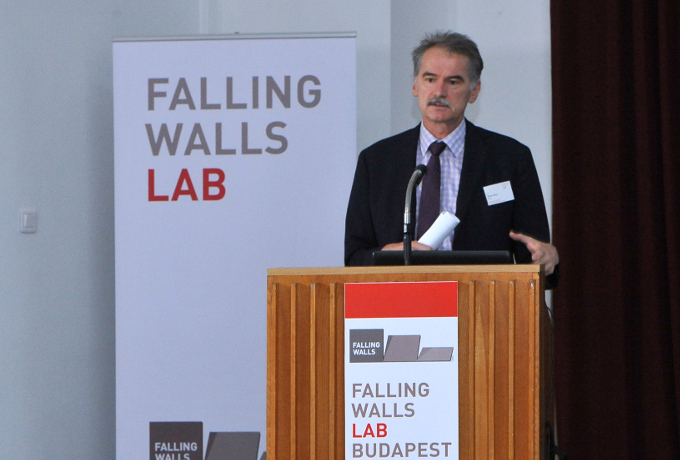 ‘Innovative minds, scientists are often on the borderline separating the known from the unknown world. They ask questions, search for answers and often work on problems we only hope to find a solution to some day,’ said the academic. With respect to the Berlin finale held on the anniversary of the demolition of the Berlin Wall, he reminded the audience that Hungary played a special historical role in the demise of the wall. He said that in 1989, giving refuge to East German citizens was an important momentum in the fall of the Iron Curtain.

János Levendovszky, vice-rector for science and innovation and moderator of the competition stressed that hosting this contest for young talents of innovations and future-oriented scientific ideas for the first time was extremely important for the Budapest University of Technology and Economics. 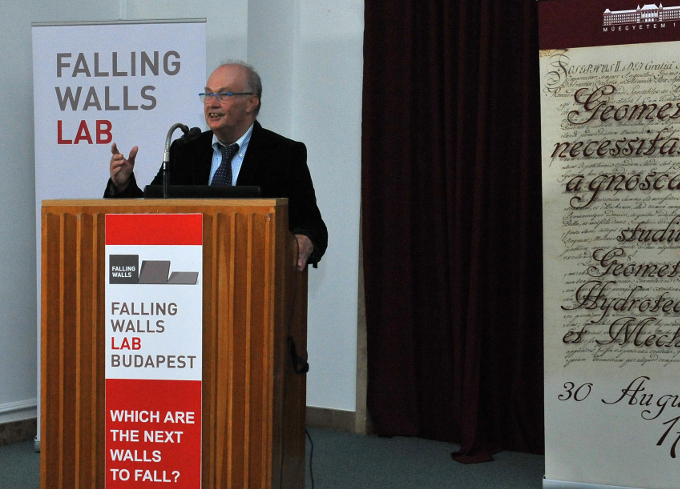 ‘The Berlin Wall was the symbol of all the demolished walls in Europe. Let’s not allow walls to restrict our thoughts. It is mostly the challenges of the present, such as epidemics and climate change, that particularly highlight the ever increasing significance of science,’ Rolf Moormann, deputy head of the political section at the Budapest embassy of Germany reminded the audience.

‘The challenging part was not the preparation for the competition but the creation of the idea and the development of the product,’ Károly Havlik, MSc medical student at Semmelweis University (SE) who won first place with DiabTrend, a diabetes monitoring application told bme.hu. The product of a two-year-long team effort, this smart diary application allows the analysis of patient data logged on a daily basis to predict blood glucose levels hours ahead using the collected data.  The developers’ future goal is to allow doctors to see the data of their patients while also enabling patients to seek advice from their doctors. 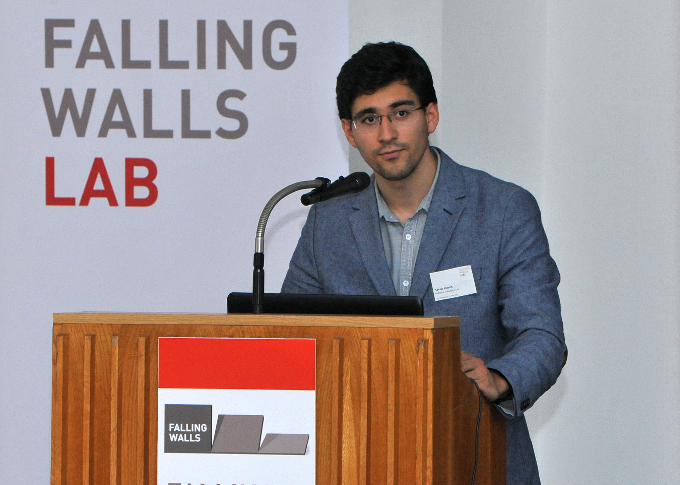 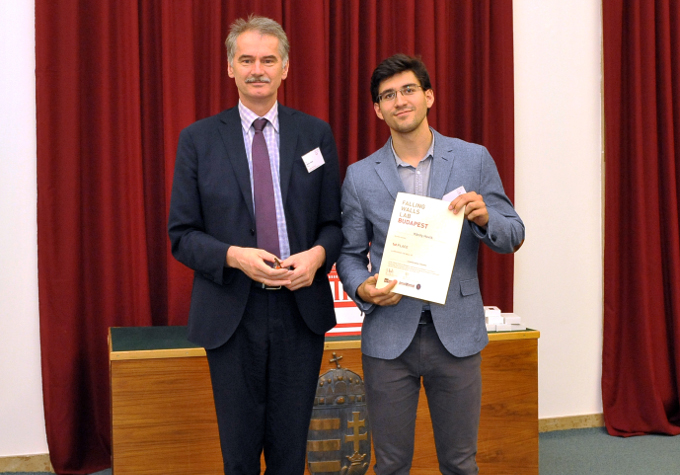 ‘There are many medical applications but none of them offer such predictive features,’ stressed the innovator adding that similarly to most developments, this was also a team effort. His brothers, Tamás and Marcell Havlik graduated from BME as IT engineers and Flóra Bakondi project manager has just recently joined the team. ‘My brothers handled the IT aspects of the application and I delivered the medical part,’ Károly explained, revealing that they are planning to market their product in the near future.

Second place was awarded to Ádám Fülöp, an MSc student in computer engineering at BME’s Faculty of Electrical Engineering and Informatics (VIK) who presented the GlovEye reader device designed for blind and visually impaired people. The device helps convert printed text into Braille, allowing the visually impaired to once again experience the joy of reading. 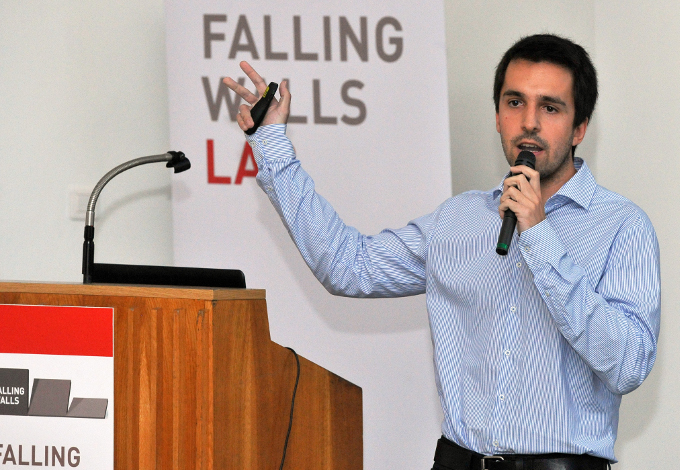 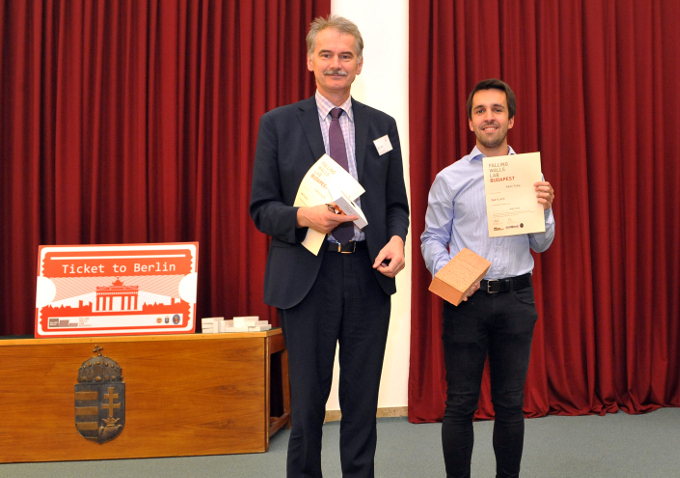 Bálint Dávid, a BSc student in mechatronics engineering at BME’s Faculty of Mechanical Engineering (GPK), who won third place, presented a revolutionary innovation in the field of laparoscopy. This special diagnostic and surgical procedure is used to examine and operate on the organs in the pelvic region. This device allows the surgeon to receive special intraoperative information about the patient’s condition and to choose the most appropriate intervention. 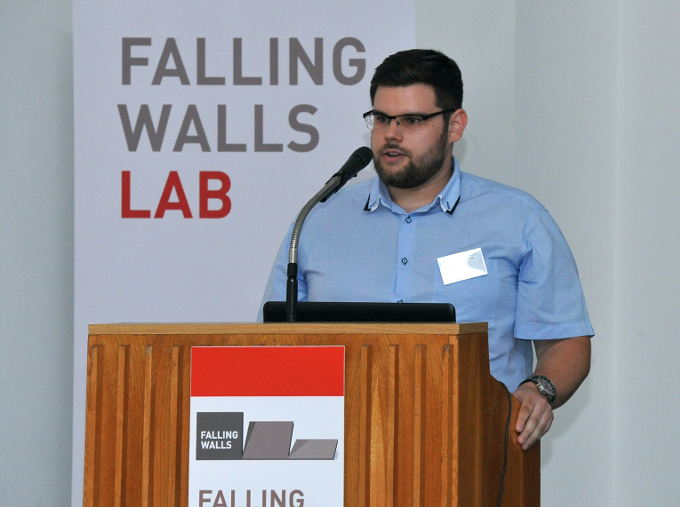 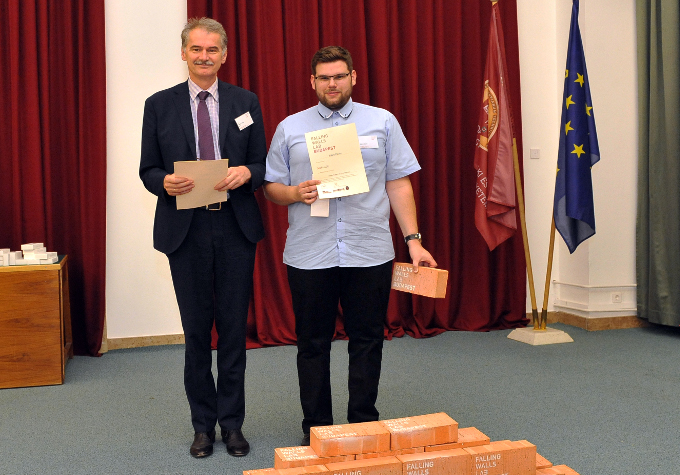 The BME final of the Falling Walls Lab video can view HERE. 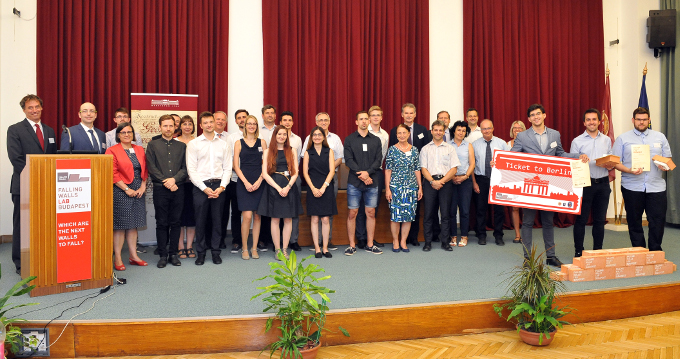 The Falling Walls Finale in Germany has been held on November 9, the anniversary of the fall of the Berlin Wall, every year since 2015. This year, nearly 200 participants from 56 countries will compete with their presentations. Similarly to the national contests, each young presenter is allowed three minutes to pitch their idea in English, attempting to convince the jury made of up globally recognized researchers, Nobel prize awarded scientists, renowned businessmen and internationally acclaimed academics that their accomplishments and innovations are worth investing in.