“They were actively involved in unique international science workshops”

Another group of young researchers holding scholarships under the soon to be concluded PANTHER project return with valuable professional experiences from the other end of the world.

“Our PANTHER participants have proved to themselves and to the university that they are able to succeed on their own, far away from their home country. BME’s PhD students, postdoctoral scholars and senior lecturers spent several months in leading higher education institutions in Australia and New Zealand. They were actively involved in unique scientific workshops and achieved a variety of professional results confirming that foreign exchange programmes play a key role in the careers of young researchers,” said Rita Kiss, one of the initiative’s institutional coordinators, deputy head for science and international affairs of the Mechatronics, Optics and Mechanical Engineering Informatics (MOGI) Department at BME’S Faculty of Mechanical Engineering (GPK) and the director of the Cooperation Research Centre for Biomechanics summarizing the experiences of the soon to be concluded PANTHER programme (Pacific Atlantic Network for Technical Higher Education and Research). She explained that “the programme’s participants were able to conduct research in state-of-the-art laboratories and publish their findings in prestigious international journals. An equally important benefit of the programme is that they adopted a “cosmopolitan” perspective, learned about new research and life strategies and could also support their personal growth by discovering the cultural heritage and natural beauties of faraway continents. They should set the example for today’s university and PhD students,” the professor stressed. 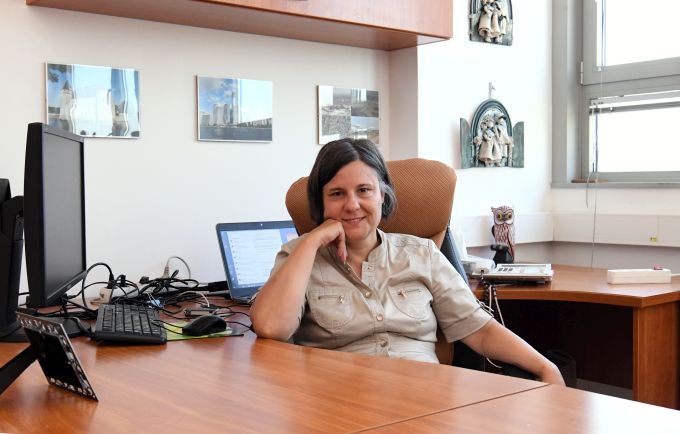 “Foreign experiences collected in the PANTHER project placed the significant amount of knowledge acquired and the scientific environment available at BME into a broader perspective and made them visible from a bird’s eye view,” highlighted the institutional coordinator adding that BME has been tested internationally with this programme and seemed to pass with flying colours: “our local capabilities and creativity proved to be effective at the other end of the world as well”. The scholarship allowed many to start building their international relations and networks. “While only a limited number of young people could participate in the programme, their reports about their experiences are likely to inspire and encourage other young researchers as well,” said Krisztina László, professor at the Department of Physical Chemistry and Materials Science at BME’s Faculty of Chemical Technology and Biotechnology (VBK). Ms. László was very pleased that “many young scientists are now allowed to gain experience abroad which is indispensable in the 21st century with the help of grants from the European Union and the TEMPUS Public Foundation as well as BME’s leading researchers.”

Four young participants from BME have returned recently: In Australia, Balázs Nagy and Balázs Sándor while in New Zealand, Milán Magdics and Bálint Petró worked together with international research teams. 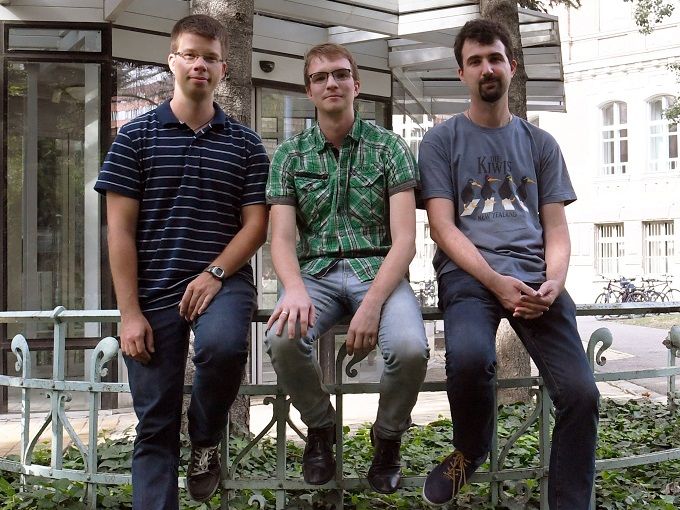 “I travelled to the other end of the world because of a research topic that is studied by very few in Hungary,” said Balázs Nagy, postdoctoral fellow at the Department of Physical Chemistry and Materials Science at BME’s Faculty of Chemical Technology and Biotechnology (VBK) talking about the research field of his choice and who could meet both academics and industry experts as part of the programme. The young researcher studied electrocatalysts (editor note: materials that increase the rate of chemical reactions involving electricity) where he primarily analysed the generation and reduction of oxygen spending nearly six months at the Gold Coast campus of Griffith University in Australia. The young chemical engineer is mainly interested in materials science and more specifically in the role of carbon based systems and nano carbons in electrocatalytic processes involving electron transfer. “The fuel cell is a viable option to reduce the environmental impact of transport where hydrogen and oxygen are used to generate electric power with water as an end product providing an eco-friendly method of producing electrical energy. As the reaction is quite slow, the process needs to be accelerated with electrocatalysts; for this the relatively expensive platinum is used presently. My research in Hungary focuses on replacing this precious metal with a less costly but similarly effective material,” said Balázs Nagy summarising one of the greatest challenges of his scientific work.

As part of the PANTHER programme, in Australia, he worked in a team of thirty including mostly Chinese researchers and studied the reverse direction of the process examined in Hungary. Their aim was to find a way to store excess energy from a renewable energy source (e.g. solar panels) in an efficient manner. One of the alternative methods for this is to split water and store hydrogen and oxygen. In the meantime, he experimented with a new procedure: he used temporary nano-particles, nano-plates to increase catalytic activity (which improves the efficiency of water splitting). While the trial appeared to be successful, measurement tests are still in progress. “I am very happy that I could participate in this programme. I quickly adjusted to the research team where I met very competent colleagues with outstanding publications and came home with a whole bunch of personal and professional experiences,” said Balázs Nagy praising this professional opportunity. 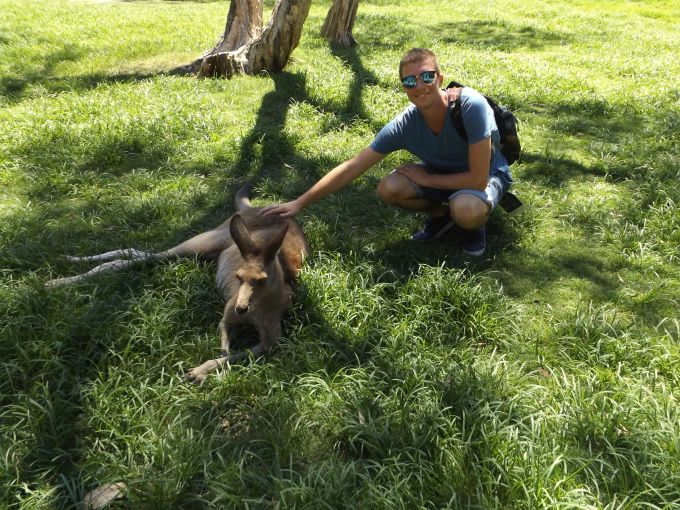 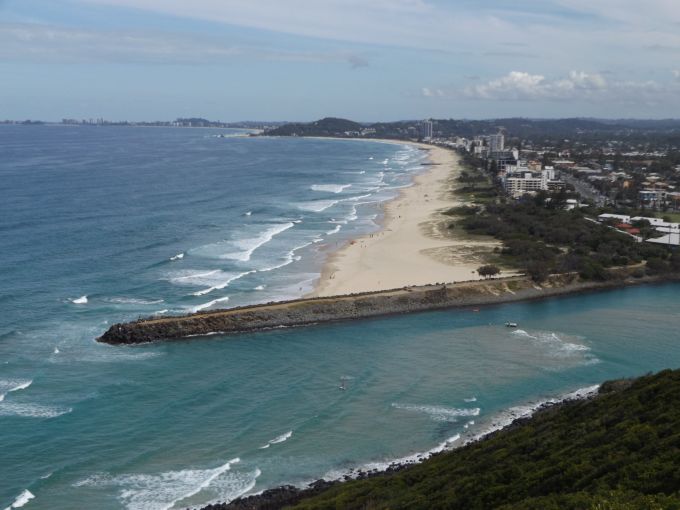 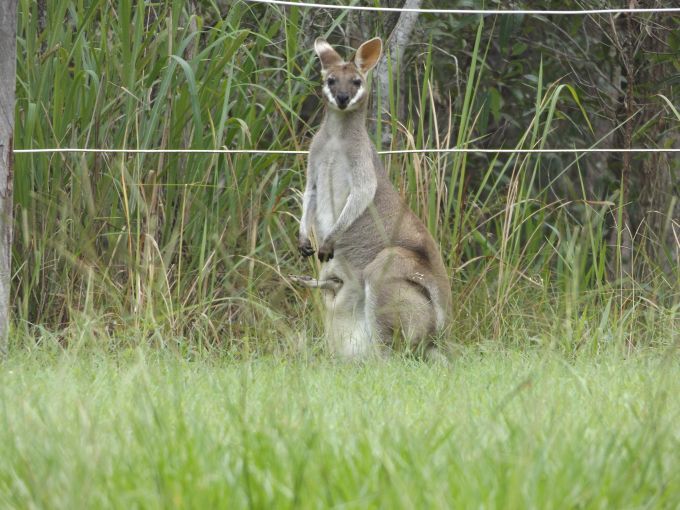 For the focus of my research, I chose computer graphics, an area equally important for the scientific community and industrial players,” explained Milán Magdics, assistant professor at the Department of Control Engineering and Information Technology at BME’s Faculty of Electrical Engineering and Informatics (VIK) who spent six months in Auckland, New Zealand. He studied the methodology of global illumination, a small segment of photorealistic graphics. In New Zealand, the young researcher studied the possibilities to create this phenomenon in virtual and augmented reality using the equipment in the university’s motion capture laboratory in a special international research team bringing together experts from various fields: he worked together not only with engineers but also with designers, musicians, economists and textile industry professionals.

In virtual reality, we want to create an environment where the participant really feels physically present in the simulated space. To “deceive” the senses, it is absolutely necessary to simulate light effects in a realistic way and additionally, to make it really genuine, we must use significantly higher resolutions and frequencies than those available with traditional display machines,” said MilánMagdics listing the technical challenges, which, if successfully addressed, could affect education, medical diagnostics, medicine and navigation. He added that “a simulated space can be a particularly good alternative in situations where the original environment is difficult or excessively costly to access or when the specific environment does not even exist in reality.” One of the completed projects allows university students to “look inside” the head of one of their professors: they can study the airflows within the nasal cavity from the perspective of virtual reality in a 3D simulation created, based on a real MRI image. 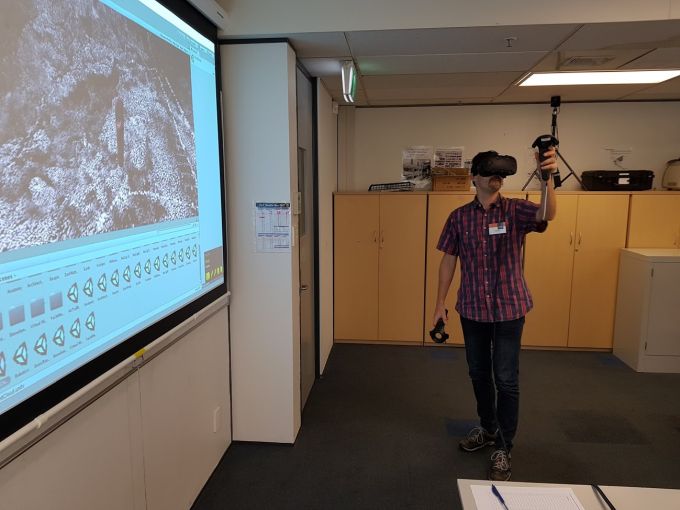 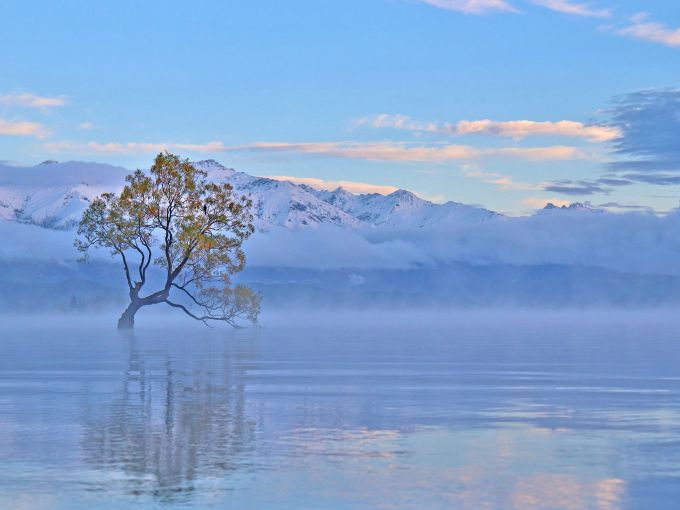 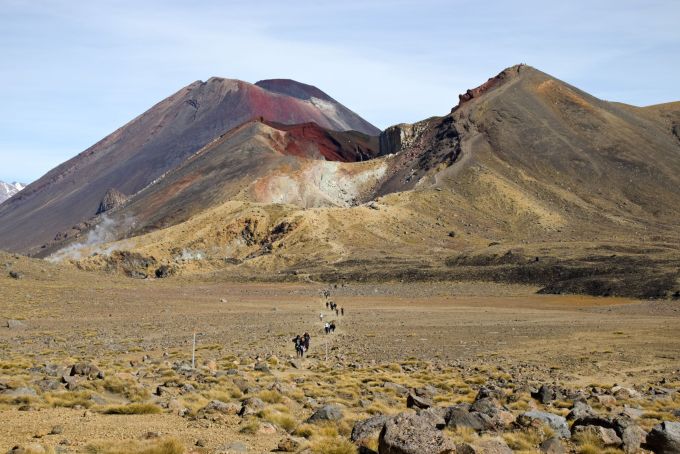 Another participant in the programme visiting the Auckland University of Technology (AUT) and spending 8 months with the research team of the Knowledge Engineering and Discovery Research Institute (KEDRI) was Bálint Petró, PhD student at the Department of Mechatronics, Optics and Mechanical Engineering Informatics at BME’s Faculty of Mechanical Engineering (GPK-MOGI) who is interested in biomechatronics, a discipline combining biology, electronics and information technology, focusing his research on various motions. The scholarship programme, on the other hand, offered him the opportunity to closely study artificial intelligence, machine learning and neural networks. “In the PANTHER programme, I was looking for potential ways to process cerebral and cortical EEG signals (psychophysiological signals) measured while moving. This topic is an enormous technical challenge as the quality of the images made during the examination is challenged by a significant amount of noise and artefacts so the retrieval of precise results remains a very difficult issue,” said the young professional who joined an international team working with Basque, Iranian, Indian and Italian researchers, about this promising subject. Using the database and library of the university in New Zealand, he extensively researched professional literature and was also inspired by his colleagues to carry out plenty of new research.

While in New Zealand, Bálint joined a local project focusing on the advancement of EEG signal processing in an artificial neural system. “The way these artificial networks function was inspired by the human nervous system,” he stressed adding that he analysed systems where information spread not as a numerical signal but as a so-called “firing sequence” and are very similar to the processes between human neurons. There are a variety of procedures to transform numerical sequences into firing sequences; however, the proper setting (the optimisation of the parameters) of the procedure is an unresolved issue. To asses this, the PhD student created an unrestricted, open source application using the MATLAB software that helps easily evaluate the effectiveness of the transformation and allows automatic identification of the optimal settings. Bálint has also successfully tested the programme for signals coming from various sources and the Auckland University of Technology started using his programme from this term while the publication of the scientific results is also in progress. “I am happy that, besides my own, small research area, I had the opportunity to get an insight into a new, globally popular and broadly studied topic with the help of internationally renowned professors. I obtained new professional knowledge and learned a lot from the approach of my colleagues with whom we tried to use every moment to find out as much as we could about each other’s work. This is how the team educated its own members,” BálintPetró said sharing his experiences. 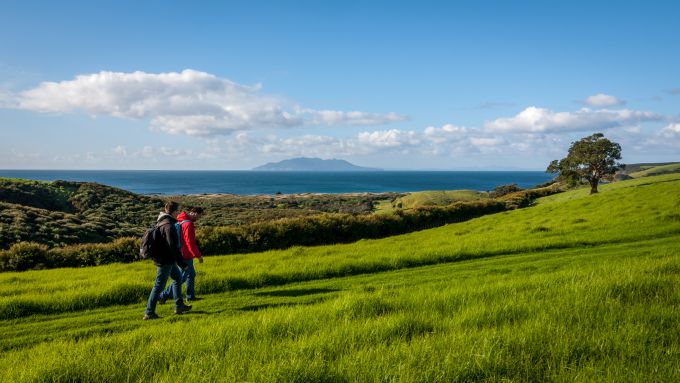 Balázs Sándor, research assistant at the Department of Hydraulic and Water Resources Engineering at BME’s Faculty of Civil Engineering (ÉMK) spent 10 months at Griffith University, Australia where he obtained his degree and then started his doctoral research in environmental hydrodynamics. “This area perfectly fits my studies in applied mathematics as it offers a wide variety of exciting and unresolved problems for experimenting engineers and theoretical mathematicians,” BME’s young expert said. The PhD student makes mathematical analyses of the vorticity transport equations, which he studies in relation to wind induced circulation in lakes. As part of his PANTHER scholarship, he also started exploring ways to simplify the equations describing the spread of tidal waves, a typical ocean coast problem.

His research took him from the edge of the Simpson Desert, where a county, the size of Hungary, has only 300 inhabitants, to as far as Tasmania. “I had very powerful experiences: I had the opportunity to do rare and unique research in an inspiring environment which is totally different from the environment in Europe. Last year’s experiences will stay with me all my life,” said BalázsSándor evaluating his time in Australia shortly after his return. 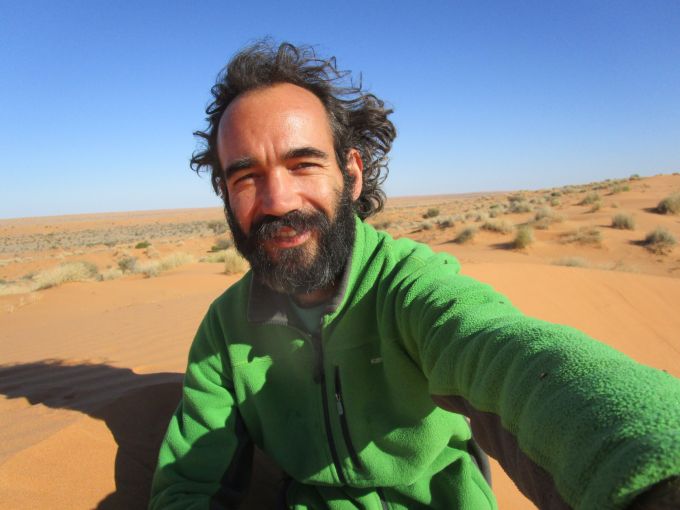 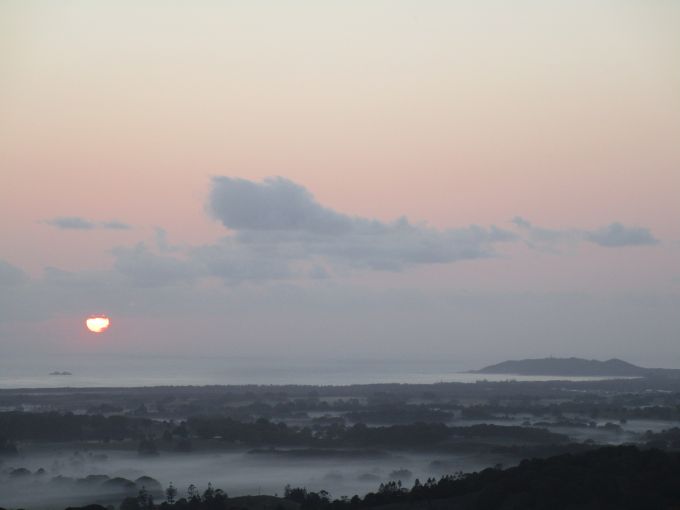 All of the scholarship receivers emphasized the important role of science communication, science marketing in their respective foreign universities. They took special seminar courses in their own research area listening to presentations delivered by speakers representing the academia or the industry while the university’s students presented their term projects to the public in so-called showcase events and after long weeks of preparation were pleased and proud to share their results achieved partly thanks to the state-of-the-art facilities and equipment. The participants of the PANTHER programme at BME say they wish to integrate their experiences in their teaching and research activities and hope to be able to benefit from them in the future relying on their new professional relations. 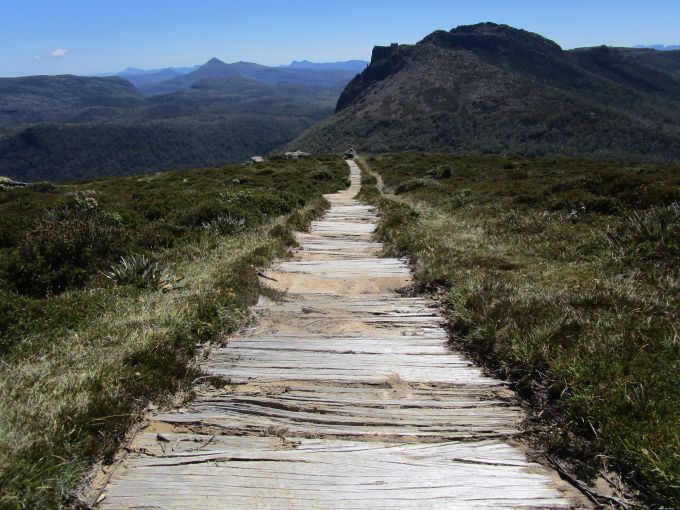