The European University Association (EUA) is the largest and most comprehensive advocacy organisation representing universities in Europe, with more than 850 member institutions in 48 countries. The annual conference of the Pan-European association was held at Budapest University of Technology and Economics, between 27-29 April. 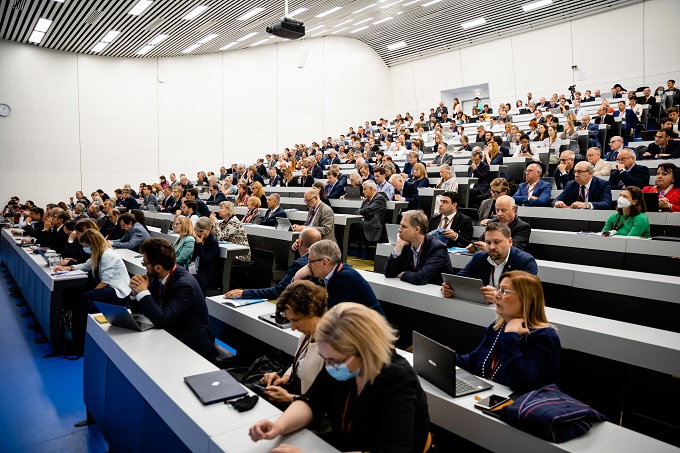 The EEA's objectives include promoting cooperation between EU and international higher education institutions, supporting research and development, higher education accreditation, quality assurance, introducing quality management assessment programmes and supporting doctoral research projects. Each year, the EUA organises an annual conference to present and discuss achievements, assess the current situation and set out future objectives. For 2022, the EUA has chosen Budapest University of Technology and Economics to host this conference, entitled “University Values: What, why and how?”. 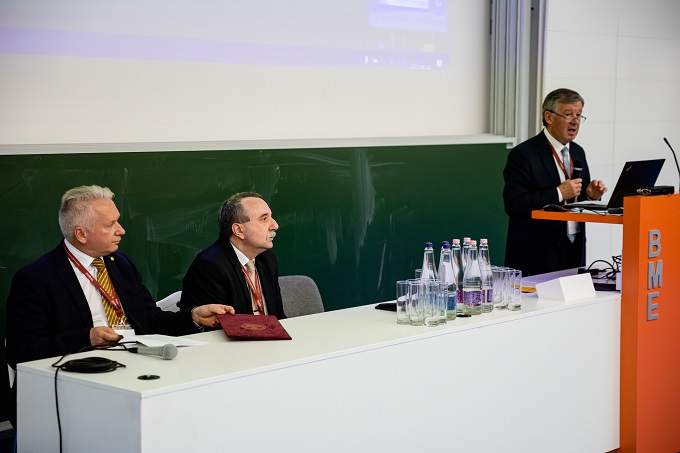 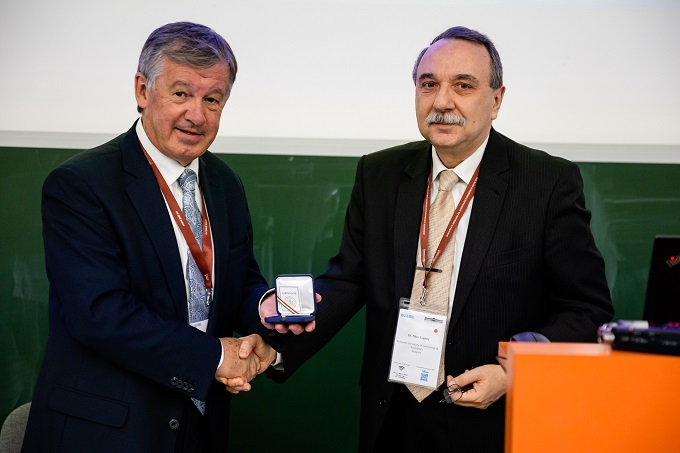 Rector Tibor Czigány presents the commemorative medal, issued for the 240th anniversary of BME’s foundation, to Michael Murphy, President of the EEA

Approximately 400 registered guests from around 50 countries, including 72 rectors and 96 vice rectors, attended the three-day event at Budapest University of Technology and Economics. This year's presentations, plenary sessions and professional consultations focused on university autonomy, collective thinking and academic freedom. The delegates discussed the core values, along which European universities should organise their institutional governance and strategic partnerships, ways to achieve their individual and common goals, how to plan future scientific collaborations, how to expand their partnership networks and international scientific projects.

A special session was devoted to the Russian-Ukrainian war and its impact on academia, and the progress made in supporting lecturers and students who had been affected and displaced.

Representing the Ukrainian universities, Ms Kseniia Smyrnova,Vice-Rector for International Cooperation at the Taras Shevchenko National University of Kyiv gave an overview of the humanitarian, educational and logistical challenges of war. 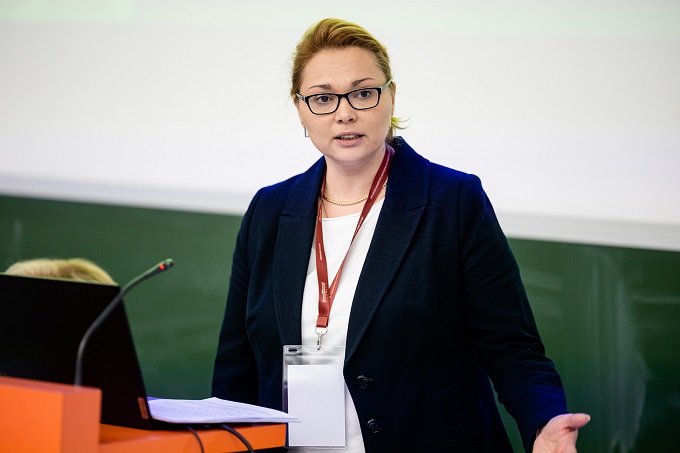 Olga Porkuian from the Volodymyr Dahl East Ukrainian National University stressed that the current events represent another tragic chapter in the ordeal of the war that began in 2014. The university, based in Luhansk, had already been forced to move to Sievierodonetsk, but the city was recently hit by the fighting that began in February. They face many challenges on a daily basis. 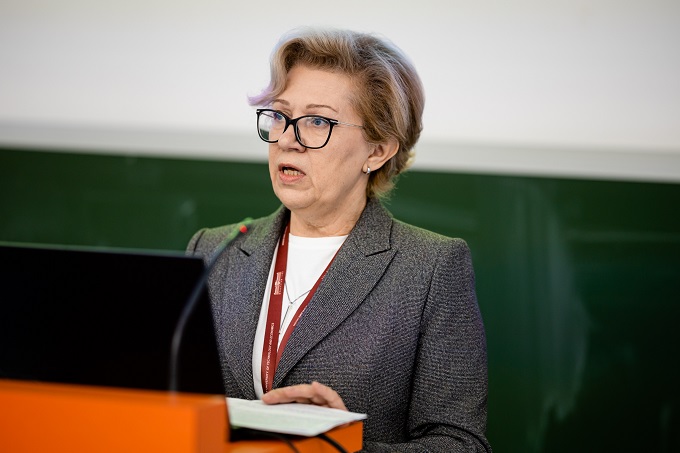 Jerzy Lis, Rector of the AGH University of Science and Technology in Krakow, outlined the role of Polish academia in the Ukraine crisis. 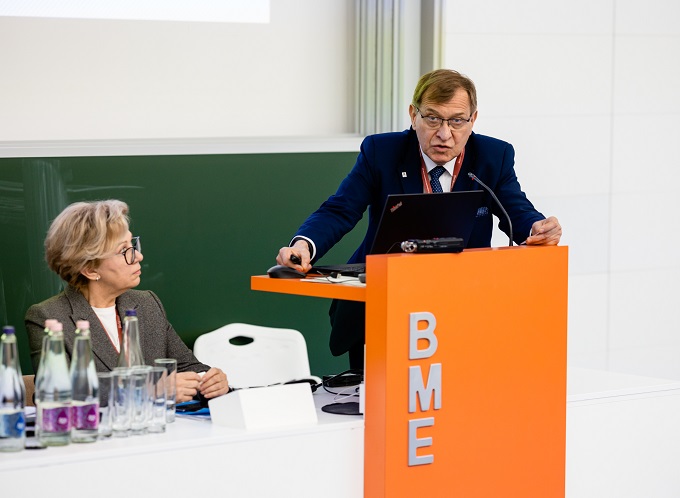 László Borhy, President of the Hungarian Rectors' Conference (HRC), talked about the humanitarian aid provided by Hungarian higher education institutions and HRC‘s role in the current critical situation. The importance of the universities’ social responsibility in the context of global change was also highlighted by the speakers. 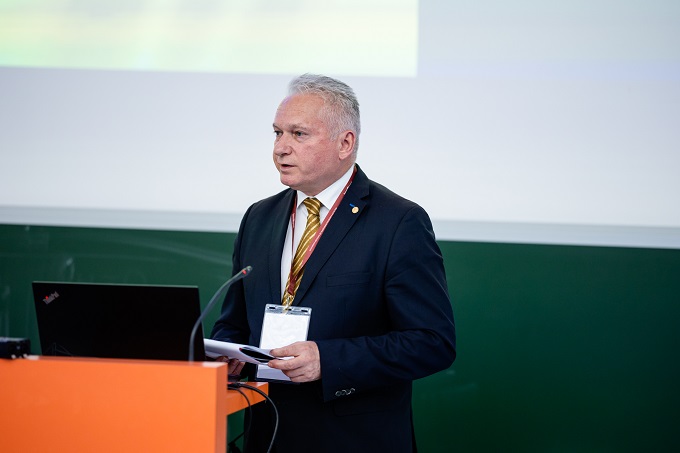 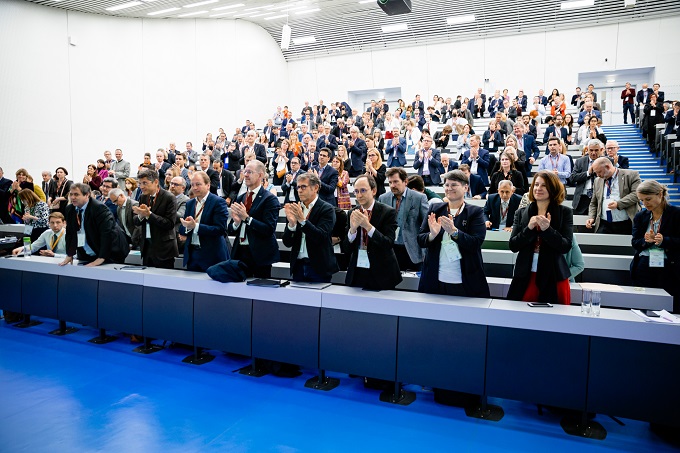 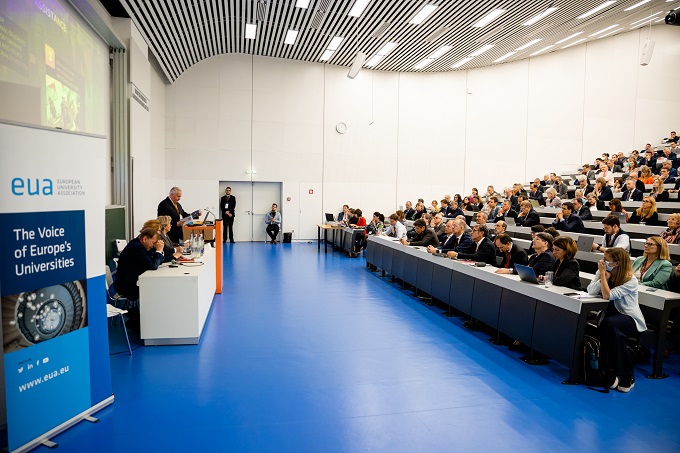 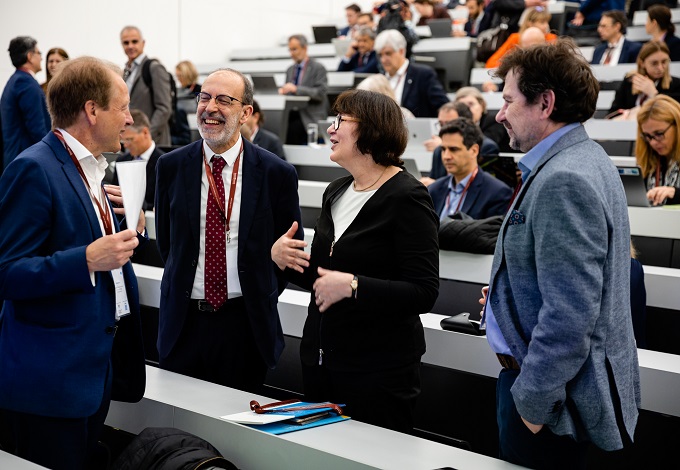 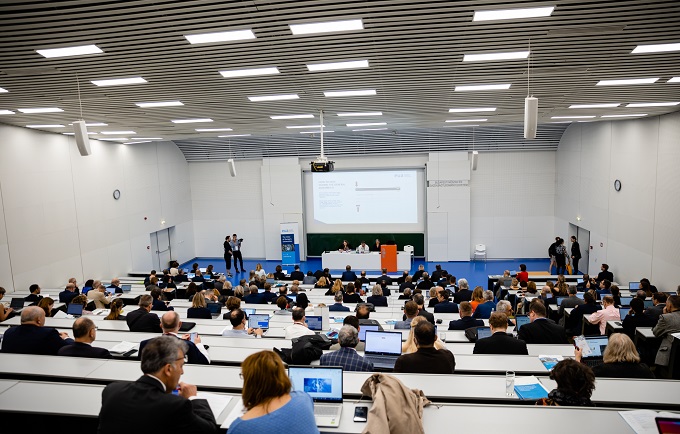 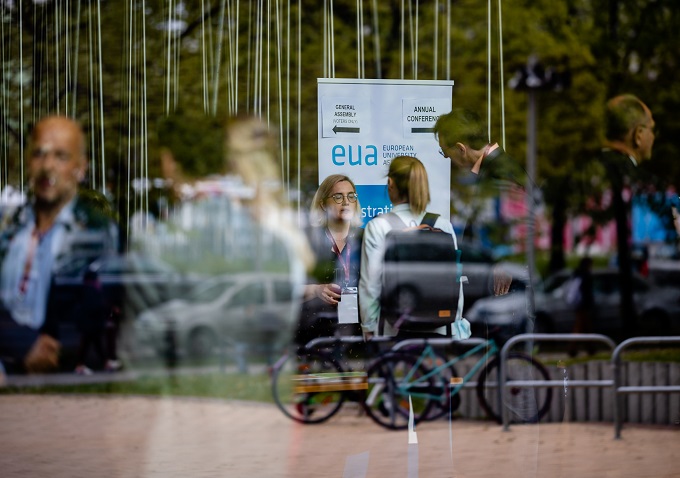