Odoo House has been welcoming its visitors in the gardens of the University of Technology and Economics for two years now.

Odoo Project aiming to design and build an innovative house is the result of unprecedented cooperation: 70 students from five faculties – architects, engineers, electrical engineers, students of economics and communication – worked together on creating the house so that it can be nominated in the Solar Decathlon Europe 2012. The competition had special terms to be accomplished by the applicants: the objective was to design and build houses from own sponsorship resources that consume as few natural resources as possible and with particular emphasis on using solar energy. During the final phase of the competition in Madrid teams had only 10 days to assemble their houses. Odoo House got the 6th position in the ranking, being the first applicant from Central and Eastern Europe. 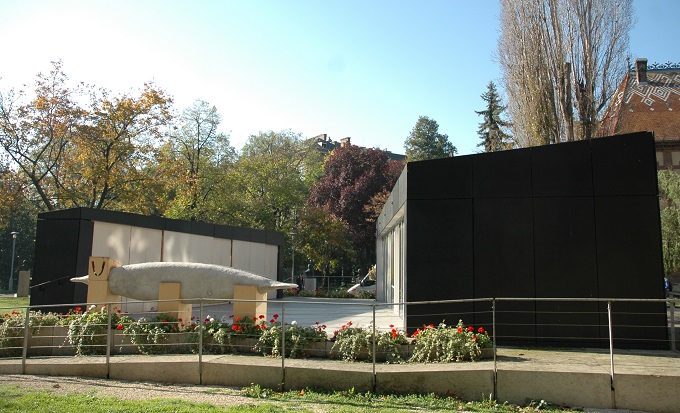 “Most participants of the project were students, many of whom have already started their working careers. For those who started working abroad participation in the project proved to be a very valuable reference as it involved added knowledge,” explained Balázs Szelecsényi, one of the leading designers of the building, who – after the competition - worked as a trainee in the Czech Republic, Spain and India. 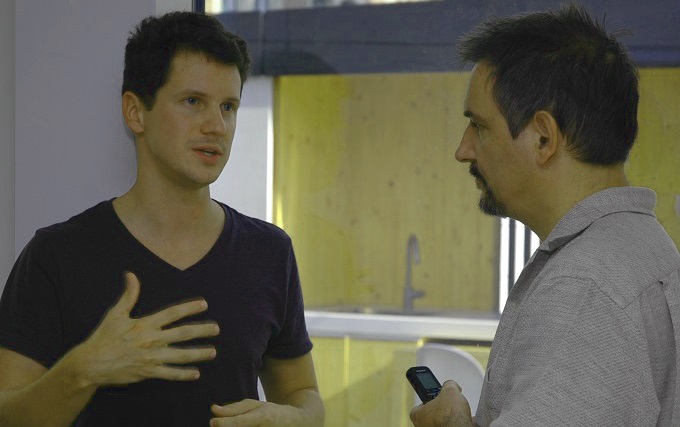 After the competition in Madrid the house was delivered to and assembled in the gardens of the University of Technology and Economics for two years. “Now we expect that after the two years it can stay for some more time,” said Balázs. “We are happy about it because the University is located centrally and has a high prestige that attracts people. Many of the university students and also several visitors have seen the building. Although 2 years have passed since the house was opened here we still have a large number of people visiting and we hold several presentations each month – although not all of them in the Odoo House.”

Members of the team remained involved in the international activities; they participated in the Solar Decathlon 2013 in California as observers with the support of Campus Hungary. “We greatly enjoyed our stay in the USA because ourselves, who already had experience about the competition were looking at things a different way. We noticed and observed more details that we had not seen earlier,” remembered Balázs. “The trip was extremely useful because we had the chance to compare the American and European versions of the competition. The American competition was more market-oriented: the buildings were simpler, there was a limited budget to adjust to and builders used existing technologies rather than innovations. We summarized our experiences in a report, which will be for the benefit of all students of the university. The next Solar Decathlon Competition will be held in Europe in 2016 and BME students may participate again.” 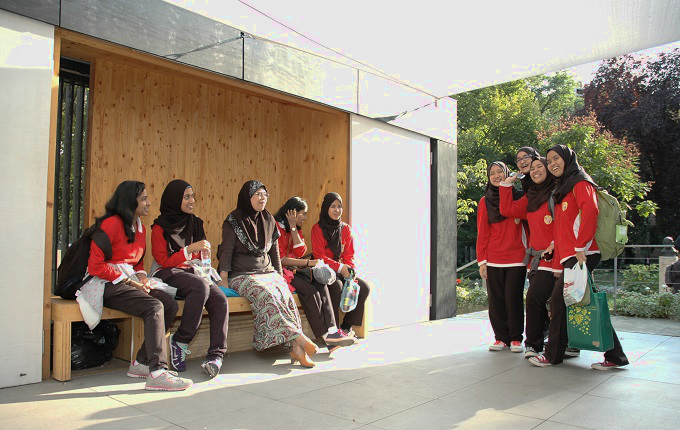 Students of the SMS Seri Puteri, Girls’ School of Science in Kulala Lumpur, Malaysia visit the building during their Budapest stay on the invitation of Szent István Secondary School

A long-term objective of the Odoo Project was to create a house that can be used for experiments and measurements in the future; this is why so extended engineering systems have been included. The building situated in the gardens of the University is not suitable for living due to the lack of drainage system, but apart from that has all main functions and energy consumption in the winter months can also be measured. “According to my personal opinion the opportunities provided by the house being available for education could have been used wider. The reason why it seemed difficult was that the university is slow in integrating such projects in education and research owing to the huge size of the institution,” Balázs added. “At the same time there have been promising initiatives as well: many of the students – mainly electrical engineers – have come to make tests, measurements and experiments or have chosen Odoo for the topic of their theses.” 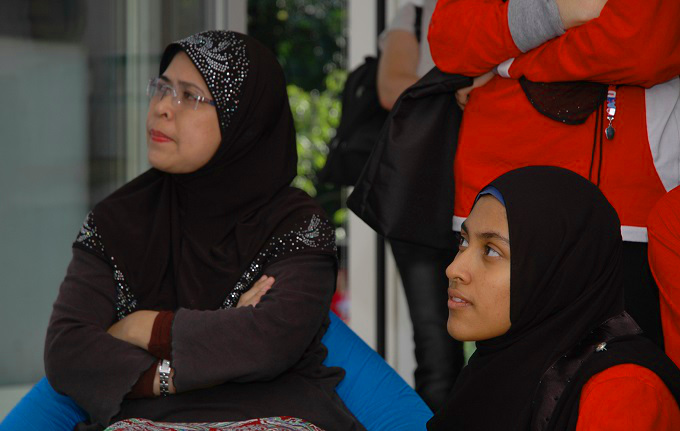 The other main goal of the project was to present eco-friendly architecture to the public and it has also been successful; there are visitors coming from foreign educational institutions, architectural and building companies and the general public – even from Malaysia. Most of them find the building and the initiative very interesting and inspiring. 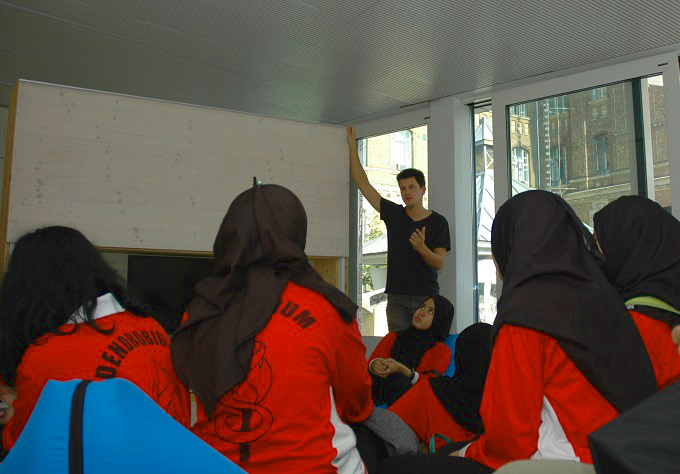 Odoo was a successful starting point and reference for further projects of BME with similar topics. “The Faculty of Architecture with the contribution of four other faculties has won a state research project aiming at designing a house, which has the same comfort level, temperature and ventilation parameters as our building with reduced engineering system,” explained Balázs Szelecsényi. “It will be cheaper with simpler architectural solutions. We involved so elaborated and extended systems in our building because we wanted to get high scores in the competition but the market has different requirements. The research was started six months ago and will be concluded in a year. We are very excited about the results; we feel that we are contributing to it in a way.”